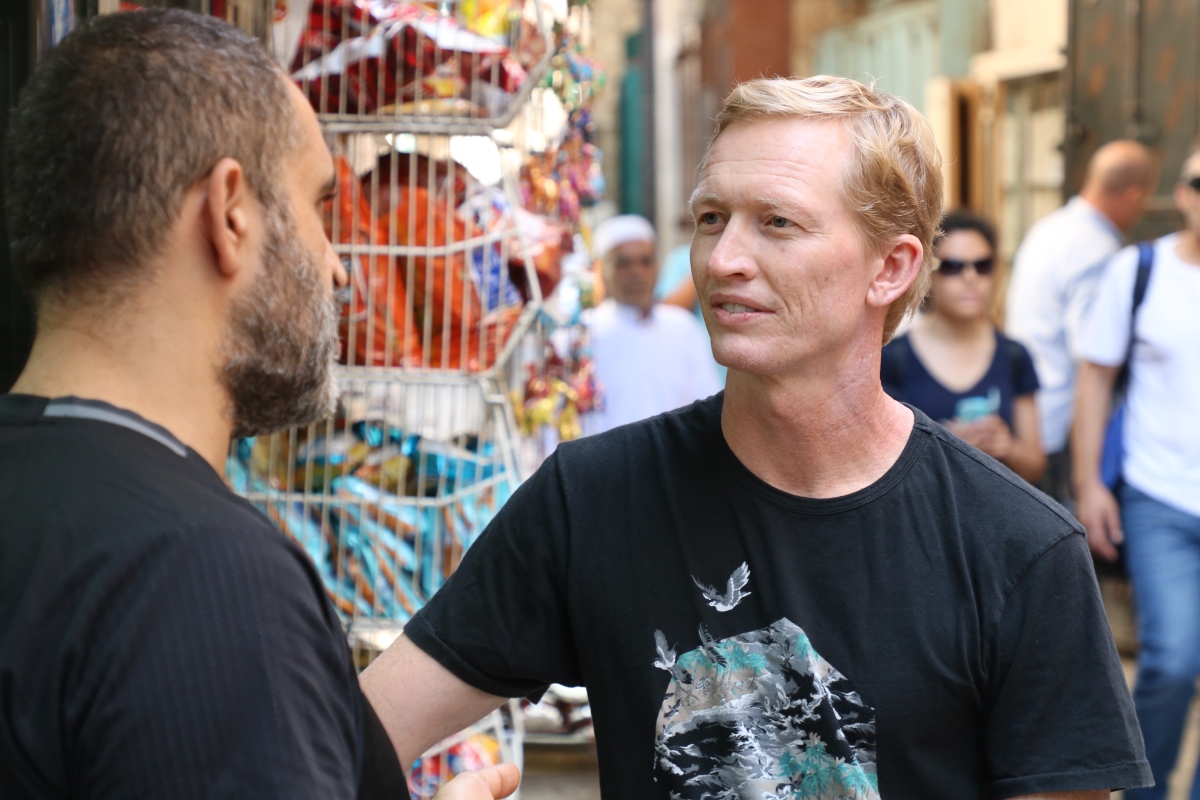 Directed by Jesse Schluntz, an American Christian (Todd Morehead) with a deep love for Israel sets off on a journey across the Holy Land to confront his indifference toward the Palestinians and to search for the deeper truths behind one of the most perplexing and debated conflicts in the world. Along the way, he discovers the painful struggles of Jews, Muslims and Christians on both sides of the conflict.

Attempting to tackle such an epic topic as the Israeli-Palestinian conflict in a feature, no matter its origin, length or format, is one serious challenge; it’s a relentlessly complicated issue but thankfully these filmmakers display a self-awareness of that. The style that this documentary takes is not one that’s trying to somehow boil down decades into a quick and speedy explanation or a dummies guide to conflict, it attempts to listen and learn from the people. That’s the real heart of this film, its attempts to discover different perspectives, it’s not focused on one side of the argument or too far removed from the everyday, it tries to take in the people and their views. It doesn’t ignore the incredible toxicity and turbulence of the area but it mixes that with a more personal view. It’s a superb balance that’s engrossing to watch from start to finish.

The directorial and editing styles feel familiar and effective, the opening is impactful and that impression holds throughout. It has a sharp, modern edge to it that creates a smoothly flowing energy, with a gripping stream of ups and downs to it, while exploring the more violent aspects in comparison to the religious. It holds your attention easily throughout, piecing together varied scenes and perspectives to constantly feel fresh and forward moving. The energy it builds is furthered by its score, adding an atmospheric edge.

Your perspective on the film may entirely depend on your familiarity with the subject at hand but viewing it through the eyes of someone new to the topic, it’s a great introduction and boots on the ground style view. Todd Morehead’s role as navigator of this film works well with his eager attitude to learn and expand his understanding of the conflict. At times he can perhaps feel a trifle too perky or saccharine for such a serious film but his intention is clear, honest and admirable. He handles the tension that arises well, remaining calm in the face of spite, anger and outright hate.

Hope in the Holy Land gives an open and honest perspective of the Israeli-Palestinian conflict, it’s a great introduction to the topic for those unfamiliar. It has a superb energy that both represents a desire to listen and learn but retains its sharpness and depth. There’s some disturbing footage but Schluntz’s direction and editing create a skilful balance showing the violence, religion, perspective of the people and the historical background. It succeeds in exploring both the everyday reality of the conflict and the larger picture. It was a sincere challenge to take on a look at this conflict within two hours but these filmmakers do an impressive job.

Available On Demand from 14th May