Written and directed by Elegance Bratton, follows Crystal LaBeija, Casper and Desean’s transition from being homeless to housed.

END_OF_DOCUMENT_TOKEN_TO_BE_REPLACED

Written and directed by lead actor Steven Grayhm, an industrial tow truck driver suffering from insomnia returns to his childhood home after the untimely death of his father, to discover that a paranormal presence has been living in the house and haunting the sacred land it was built on. Also starring: Laila Lockhart Kraner, Rudy Reyes, Tamara Austin, Chris Neville, Margarita Reyes, Mark Oliver, Kathleen Kenny and Nate Boyer.

END_OF_DOCUMENT_TOKEN_TO_BE_REPLACED

Written and directed by Stéphanie Chuat and Véronique Reymond, Lisa has bid goodbye to her ambitions as a playwright and the Berlin arts scene and now lives in Switzerland with her husband, who runs an international school. When her twin brother falls ill, she returns to Berlin. Starring: Nina Hoss, Lars Eidinger, Marthe Keller, Jens Albinus and Thomas Ostermeier.

END_OF_DOCUMENT_TOKEN_TO_BE_REPLACED

Written and directed by Juan P. Reyes, co-written by Karen Herzog and Charles Leisenring, a man and women find themselves and love in the oddest of places on a journey of an American dream. Starring: Carlos Montilla, Hanna Balicki, Alejandro Patiño and Luis Fernandez.

END_OF_DOCUMENT_TOKEN_TO_BE_REPLACED

Written and directed by Chad Crawford Kinkle, after fleeing a backwoods cult, a woman tries to turn her life around by taking a job in a home for special needs adults, only to discover that she must face her dark past to save a down syndrome woman. Starring: Katie Groshong, Brandy Edmiston, Larry Fessenden, Eller Hall, Scott Hodges and Stephanie Kinkle.

END_OF_DOCUMENT_TOKEN_TO_BE_REPLACED

Written and directed by Yu-Chieh Cheng, a boy lives with his Grandma and Mr. Lin, the tenant who looks after him and Grandma. But when Grandma passes away, the boy’s uncle returns to Taiwan and discovers that ownership of the apartment was transferred to other people. Starring: Morning Tzu-Yi Mo, Shu-Fang Chen, Run-yin Bai, Chun-Yao Yao, Jay Shih, Chiung-Hsuan Hsieh and Ko-Yuan Wang.

END_OF_DOCUMENT_TOKEN_TO_BE_REPLACED

One of the fantastic things about horror is that it’s a genre which can blend with any other and be whatever it wants to be, in this case it’s mixed with mystery and thriller. Prano Bailey-Bond and Anthony Fletcher use an unusual combination of violence and gore with a slow, thoughtful and atmospheric story. It moves in a purposeful way, cleverly opening different avenues to the story that leave you unsure whether they’re clues or not. It avoids the classic over-foreshadowing to not give away too much but at the same time, it ultimately could have given away more, and may leave you fairly unsatisfied. It’s a story that does ask you to be somewhat patient and at times to bear with some questionable choices. It’s a difficult one to pin down, it may be that it requires a second watch to really delve into everything it throws at you in its big finale but as it stands it could simply leave you slightly puzzled.

However, the direction is extremely consistent throughout, starting off with its 80s setting, it immediately adds an air of suspicion. The drab colours of the clothing mixed with the mundane setting of the office, really push that sense of sadness, regret and melancholy, to really let the violence and suspense burst through. Bailey-Bond’s direction has a dreamlike quality, or even as though you’re watching a film within a film, it moves in such a pensive way, reflecting Enid’s (Algar) sense of being lost and forever searching for answers. It brings through a great use of colour, as well as blending itself with its VHS subject, to really immerse its audience in the atmosphere it builds.

Niamh Algar was a fantastic choice for this role, there’s an immediate presence to her that’s mysterious or intriguing. She holds a persona that feels unpredictable, even in her very strictly professional setting, she easily gets across that there’s something beneath the surface, a strength, a violence or a darkness. When the film’s story asks you to be patient, it works because of Algar’s performance. It almost seems as if you can’t have a British horror film without Michael Smiley, he’s a staple of the genre and reliably brilliant at making you very sure you should not trust whichever character he’s inhabiting. Danny Lee Wynter is a lovely addition, it’s a relatively brief performance but it’s one of the few where Enid gets to make a more genuine connection with someone and Wynter works very well alongside Algar, they have a sweet chemistry. Similarly with Clare Perkins, it’s nice to see a lighter side to Enid to balance out her dark past and murky future.

Censor is a well-directed, unique piece of British cinema but it may leave you with a few too many questions. The majority of the work is extremely strong but the big final punch or reveal that you’re waiting for in its finale, doesn’t entirely appear. Niamh Algar is wonderful as Enid, it’s a strange, intriguing and fairly emotionally complex role, which are qualities that she brings to the table easily. It’s a great thing to see filmmakers taking risks and adding to the new generation of British horror but it feels as though this one went down an overly messy path in the end, one that it couldn’t quite come back from.

Out now on Digital 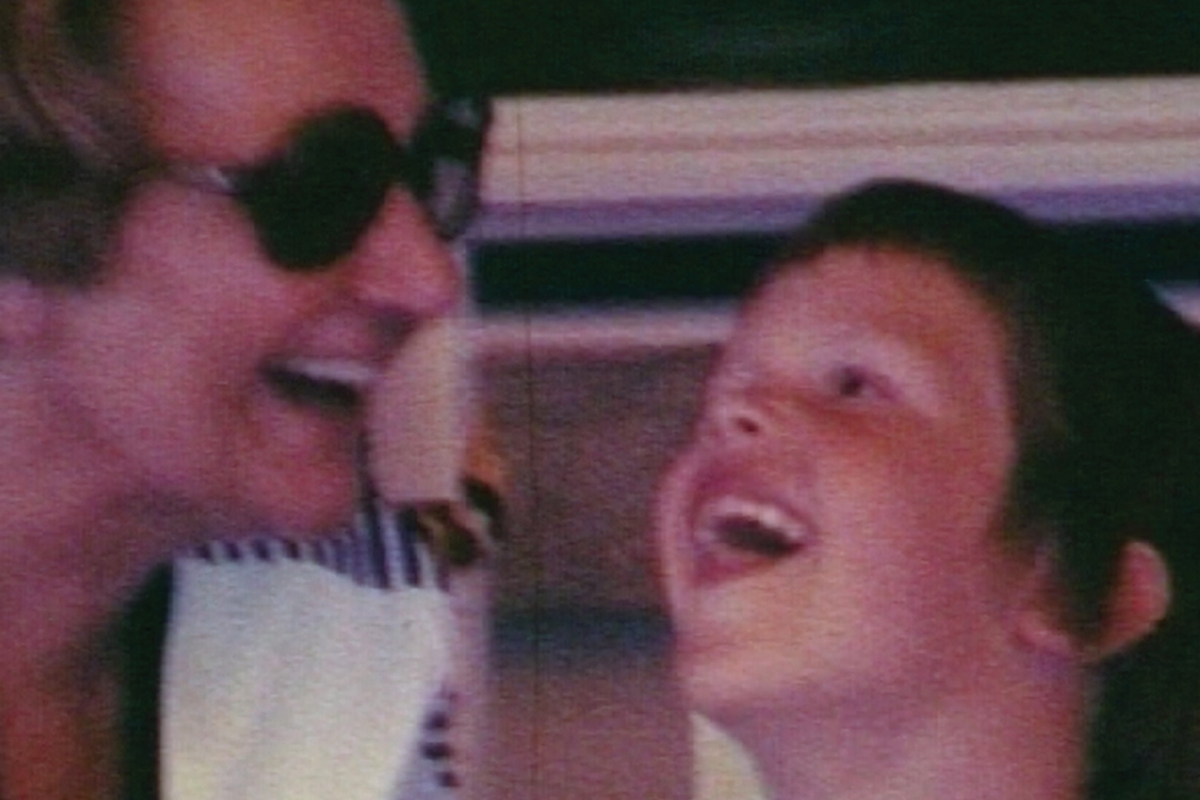 Written and directed by Stéphane Riethauser, a family saga based on private archive footage, where a flamboyant 90-year-old grandmother and her filmmaker grandson (Riethauser) explore the development and transmission of gender identity in a patriarchal environment.

END_OF_DOCUMENT_TOKEN_TO_BE_REPLACED

Directed by Darragh Carey and Bertrand Deroches, written by Carey, Rupert Baynham and Chi Mai, wealthy YouTuber Leah chooses shy youth Benji as the subject of her Brixton documentary. They fall for each other, but the desire for edgy footage leads them down a violent path. Starring: Ola Orebiyi, Lily Newmark, Craige Middleburg, Barney Harris and Jaime Winstone.