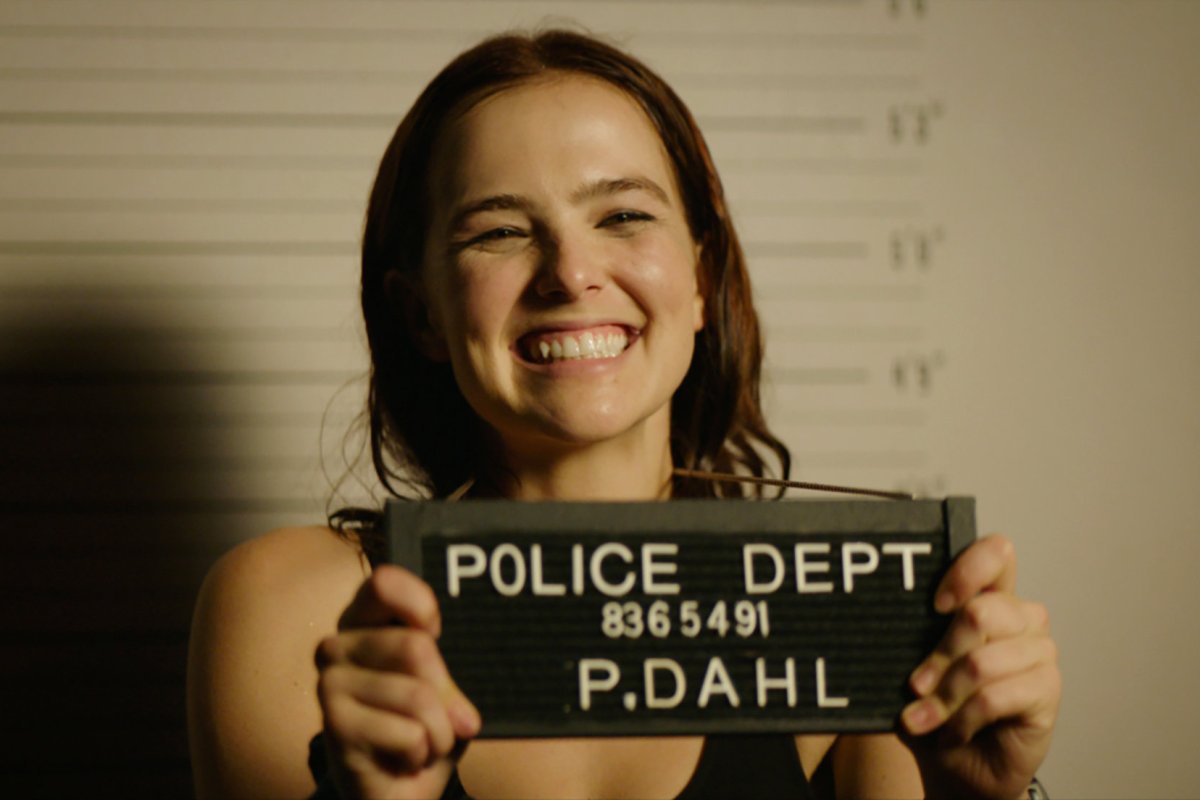 Peg (Deutch) is not exactly your typical young female lead, yes she’s strong, intelligent and motivated but she’s flawed and not a particularly good person, she feels as though she ironically might have fit in very well with the characters of Lorne Scafaria’s Hustlers. It’s a nice change of pace to have a lead such as Peg who doesn’t care about what people think, how she looks or hurting people’s feelings, many may be given an attitude as if they don’t care but they’ve taken the time for her appearance to actually reflect that and to make her feel sincere. Peg soon finds herself thrown in jail after one of her initial money making schemes backfires but all it does is give her the motivation to find another method, by chance she stumbles upon the murky world of debt-collection and realises she has a knack for it. Unsurprisingly, she quickly starts to ruffle some feathers and finds herself in increasingly hot water.

Zoey Deutch has had a solid career for the last ten years, and she’s only 25 but she’s yet to find her breakout role, sadly it should have been this film, if it weren’t criminally underseen. Deutch plays Peg as whip-smart, cut throat, highly motivated and inventive, she can make some questionable choices but regardless she’s utterly likable, she has a great and often funny relationship with her mother and brother that pulls her back when she starts to push too far. Her mother being played by the incomparable Judy Greer, an actor with whom you can never go wrong in casting, she doesn’t get a huge chunk of screen time but she’s brilliant as always. Schitt’s Creek fans will relish in seeing Noah Reid, he’s as adorable as always and JJ has a special, if slightly turbulent and occasionally violent relationship with his sister, all three of them together make for a family that you could probably watch for many more hours. Jai Courtney is a nice addition as the resident ‘jaghole’, he’s perfectly over-tanned, aggressive, territorial and violent but it’s really Peg’s team of collectors and potential boyfriend that round out the cast nicely. Jermaine Fowler has a great chemistry with Deutch and they’re an enjoyable pair to watch, plus Lorrie Odom, Lusia Strus and Paulyne Wei are fantastic teammates for Peg and a showing of strong female friendships that can blossom out of unusual situations.

There are aspects of the film that you could easily compare to Adam McKay’s The Big Short but whereas his film can come off quite commercial and at times patronising, here it feels personal and breaking that fourth wall just brings you closer to Peg’s character. All throughout it keeps that connection to her character, she draws you in then you can’t help but will for her to win out in the end. There’s a fantastic pace that’s completely consistent through its entirety, it nicely reflects Peg’s reluctance to ever stop trying to get rich. The timing of its comedy mixed with the editing is extremely enjoyable to watch, it has a high, fun energy which holds it from ever delving into overly dramatic territory, even when the comedy is slightly to one side, it’s constantly moving and energetic. All of which signifies how well the writing and direction work well together, there’s no lulls or errant shots, the style is strong, witty, entertaining and consistent.

Buffaloed’s minimal release in the UK is a crying shame, this film deserves a lot more attention and love than it has received so far, it has huge potential if it could reach the right audience. Wexler has a great eye for comedy and putting her focus on this incredible cast creates something that’s fun, engrossing and funny, its moral ambiguity is surprisingly captivating and the plot continually has more to offer as time goes on. Peg is a brilliant character and Deutch captures her so well, it’s one of those films that you’ll want to return to when you need a pick-me-up.