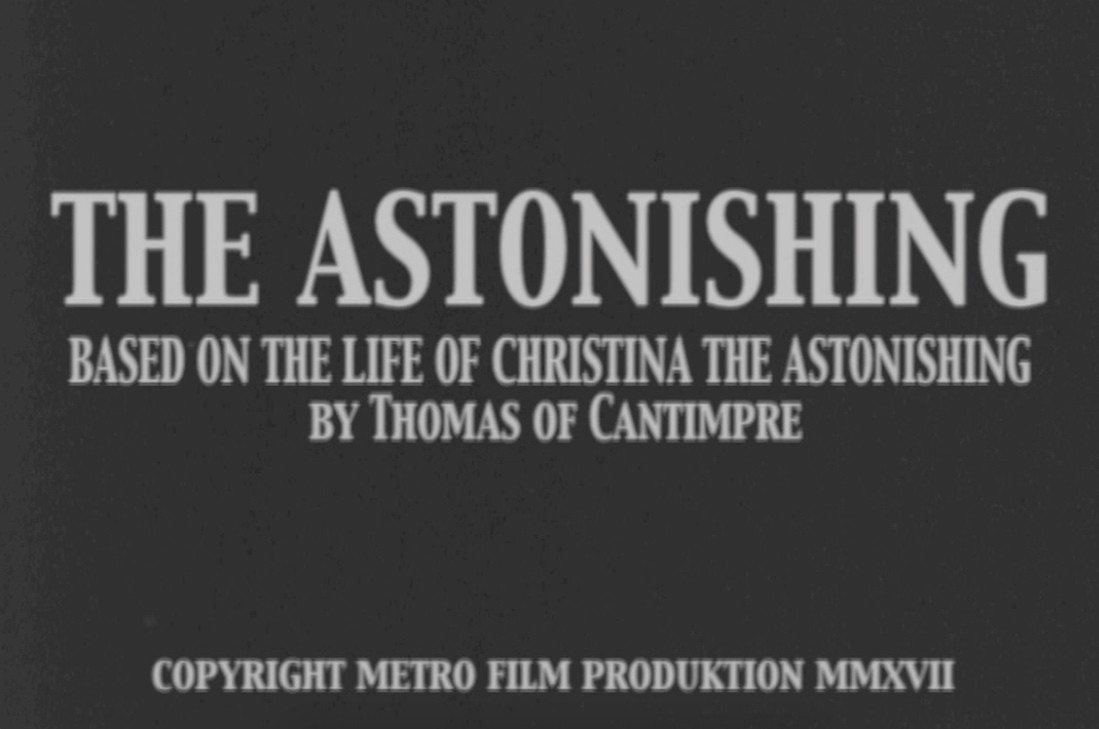 Written and directed by James Ristas and co-written by Demitra Papadinis, a simple farm girl dies and is resurrected as a mad saint who blazes through a quasi-medieval landscape shouting of hellfire, speaking in tongues and doing battle with the Devil himself. Starring: Demitra Papadinis, Shea Whitehead, Kevin Geezil, Wolfgang Schuler, Scott Nadeau, Alex Dhima, Eamonn McGrail and Lexie Lankiewicz.

Making a religion focused film on 16mm set in the early 20th, based on the life of a Saint from the 1100’s, is quite a risk to take but before we get into the inevitable issues that raises, let’s stick to the positive side of things. The most surprising element to the film is how strongly it has a quality of film-making from the early 20th century, a big part of that coming from the decision to shoot on 16mm, it holds a very old-fashioned atmosphere which is a big asset to the type of story its telling. The downside of the choice of shooting is that, while it is possible to shoot with sound they chose not to, which leaves us with a very overt voice over and unavoidable detachment. It’s the equivalent of watching a foreign film with the dubbed English, it never feels quite right and it’s disappointing, if the filmmakers had chosen to go the whole hog and make a silent film, it would have extremely well suited the feature. It has the classic awkwardness of dialogue and stiff movement that you’d find in many films between 1930 and 1950.

The location choices are also on the film’s strong side and add to its old-fashioned charm, but there are issues with the dating of the film, different elements make you think of different decades and it can be jarring. The progress of the story can also be jarring, it jumps around and is not overly hard to follow but also isn’t smooth sailing. The content that it’s going for does work, it has a harsh tone of religion and antiquated Catholic views on sex, particularly with a thick air of physical abuse and naivety.

Demitra Papadinis‘s performance is very physical and raw, it can tend to sway toward  overly dramatic frequently throughout but it does feel like an accurate portrayal for this type of character. The qualities that make it feel over the top, are more of an asset given that she’s an erratic, strange and introverted woman with little real life experiences, and emotional damage, which come through in her performance.

Unfortunately, it does still feel lacking despite having the raw ingredients for an interesting film, there are areas where it could be bolder and others that are slightly out there and a little unnecessary. The intention is there and it’s an impressive attempt to make something different and outside of the norm for film today, which it achieves but there’s still a lot of room for improvement.