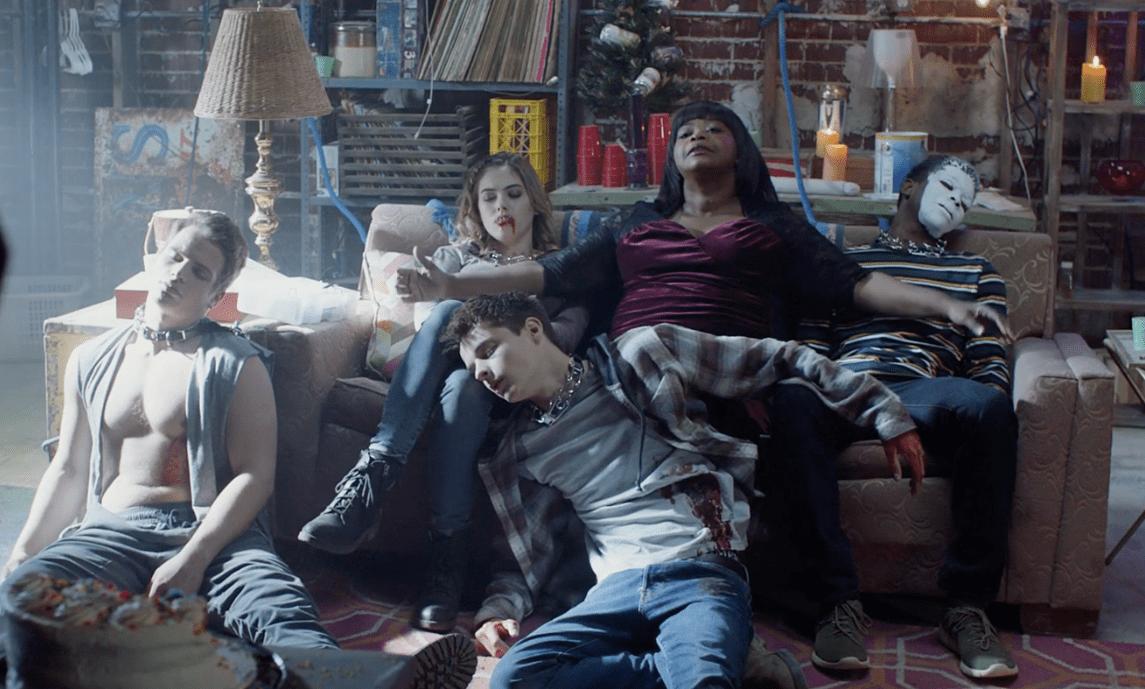 It was unlikely that when people thought of Tate Taylor and Octavia Spencer teaming up again, they were picturing something like Ma but it was a pleasant surprise. Spencer has had some utterly memorable and award-winning supporting performances but she’s yet to be really given a lead role to get her teeth into, until now. When a group of friends approach Sue Ann a.k.a. Ma (Spencer) to buy them alcohol, not only does she say yes but she gives them a place to party and while they think they’ve struck gold, things quickly start to deteriorate.

It’s rare for a horror that isn’t a sequel to jump straight into the action but even so, Ma takes a significant amount of time to get going, you know that her behaviour is going to become much more than questionable because that’s the entire premise and it still drags its feet. When the film finally dive into the action, it’s all over fairly quickly and that slow burn to quick resolution ratio is incredibly unsatisfying. However, surprisingly that isn’t the film’s main problem, everything you need to know about the film has been shown in the trailer, it’s basically a 2 and a half minute version, with the events in random order. It’s generally accepted that the point of the trailer is to get people into cinemas and not to make them sit and watch 100-minutes of something they’ve already been shown the highlights of. When a horror or thriller makes a spoiler heavy trailer, it’s robbing their audience of the chance to really enjoy the film. There are potentially two moments, three if being generous, that are left unspoiled; they’re brief and only one of them isn’t completely predictable.

Predictability is another huge problem that the film struggles with, it’s debatable whether you can call it predictability when you’ve seen most of it in the trailer, so you know for sure that it’s going to happen anyway. The film does build a genuine tension but it cuts itself off at the knees by being able to know what will happen next, which a character like Ma there was opportunity to be entirely sporadic, eccentric and sinister and while there is some of that, again you’ve seen 99% of it in the trailer. There’s also missed opportunities in further exploring some of the moments where Ma does let her disturbing side out, half the entertainment of violent or psychopathic acts in film is watching character’s reactions but you don’t always get that here, so those moments fall a little flat.

The acting on the other hand doesn’t let you down, it’s a well put together cast; the core group of teens lead by Diana Silvers (who you may recognise from Booksmart) do well and none of them fall foul of being over dramatic or furiously irritating, which doesn’t sound like a compliment but in the horror genre, it really is. Everyone in the cast fits together smoothly, including Juliette Lewis, Luke Evans and Allison Janney, despite the fact that Janney is much too good for this role, which doesn’t do her justice at all. The strangest thing about the film is that Spencer gives a fantastic performance and she’s pretty bloody terrifying but it doesn’t quite fit, the role isn’t hitting her strengths, so while you’re getting a great portrayal, it feels as if something’s amiss, meaning it doesn’t land as strongly as a lot of her other roles.

Ultimately the film leaves you with a feeling of being short-changed, it had such potential but mistimed and spoiled all of it away. The hope for Sue Ann to be for Ma what Annie Wilkes is to Misery or even what Pamela Voorhees is to Friday The 13th, beginning calm and caring then descending into a violent psychopath, is achieved in the more technical sense but thoroughly lacks the impact and fear to make it really work.