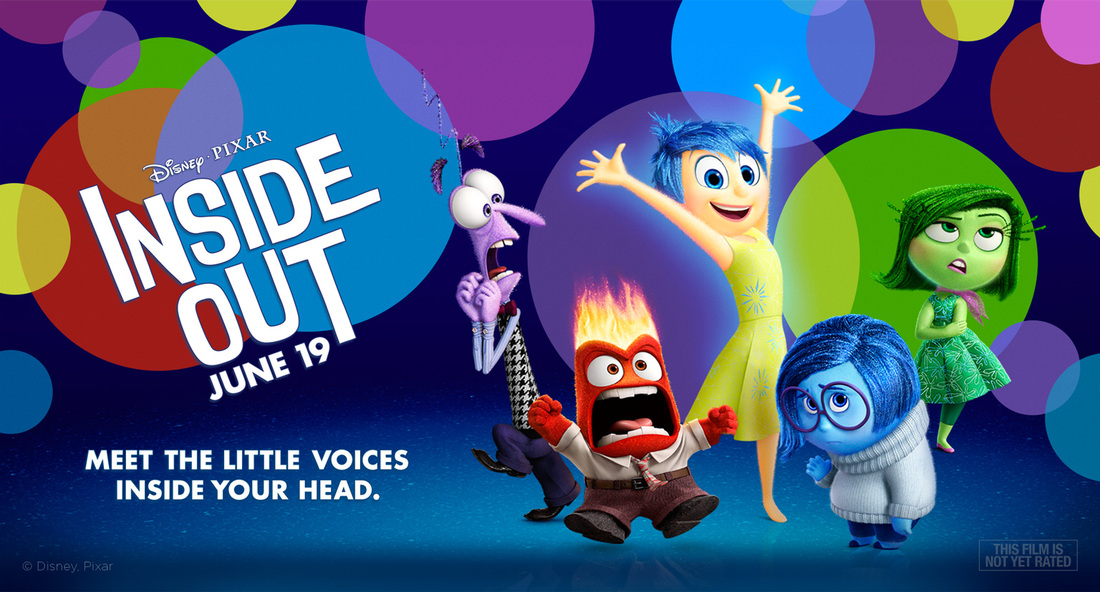 As far as animated films go this has been the one to watch for this year, the newest of the Disney-Pixar releases, with heavy emphasis on Pixar. The story of a young girl, Riley, who has her life turned upside-down when her parents decide that they will be moving from Minnesota to San Francisco, complete opposites. We see how she deals with it through the emotions that are in charge of controlling her thoughts and feelings; Joy, Sadness, Anger, Fear and Disgust (no I have not just had a complete lapse in grammar but capitals are necessary given that these are the names of our characters). However when Joy and Sadness become lost from the control room leaving only Fear, Anger and Disgust to run the show, which is not a huge benefit to Riley at a time where she needs Joy in her life, how will she handle it?

First thing to say is that the choice of actors to voice these characters are phenomenal. Amy Poehler shines as our ever positive Joy, never giving up and Phyllis Smith best known for her role in The Office, is the perfect choice for Sadness, her endless negativity and self-pity is hilarious throughout the entire film. Anger, Fear and Disgust voiced respectively by Lewis Black, Bill Hader and Mindy Kaling are no less dead on and the fabulous five of them all together controlling Riley is wonderful. Unseen in the trailers but to play quite a part in the story the character of Bing Bong, voiced by Richard Kind is another stroke of genius, he has a perfect voice for this type of work and never disappoints. The choices for Riley and her parents, though good ones (Diane Lane, Kyle MacLachlan, Kaitlyn Dias), do feel as though they really could have been anyone and it would not have changed the film too much. Nonetheless there is not really one bad choice in the bunch which is refreshingly great.

The story is interesting and does not have a particularly dull moment, the aspect of comedy and actual psychological insight mingle and do so to the pleasure of the audience. It’s a behind the scenes look at the thought process of an 11-year-old when she’s faced with an emotional difficulty, and it is genuinely interesting. The jokes keep on coming throughout and the film is certainly not lacking heart, I couldn’t wait for this to be released and I was not disappointed.