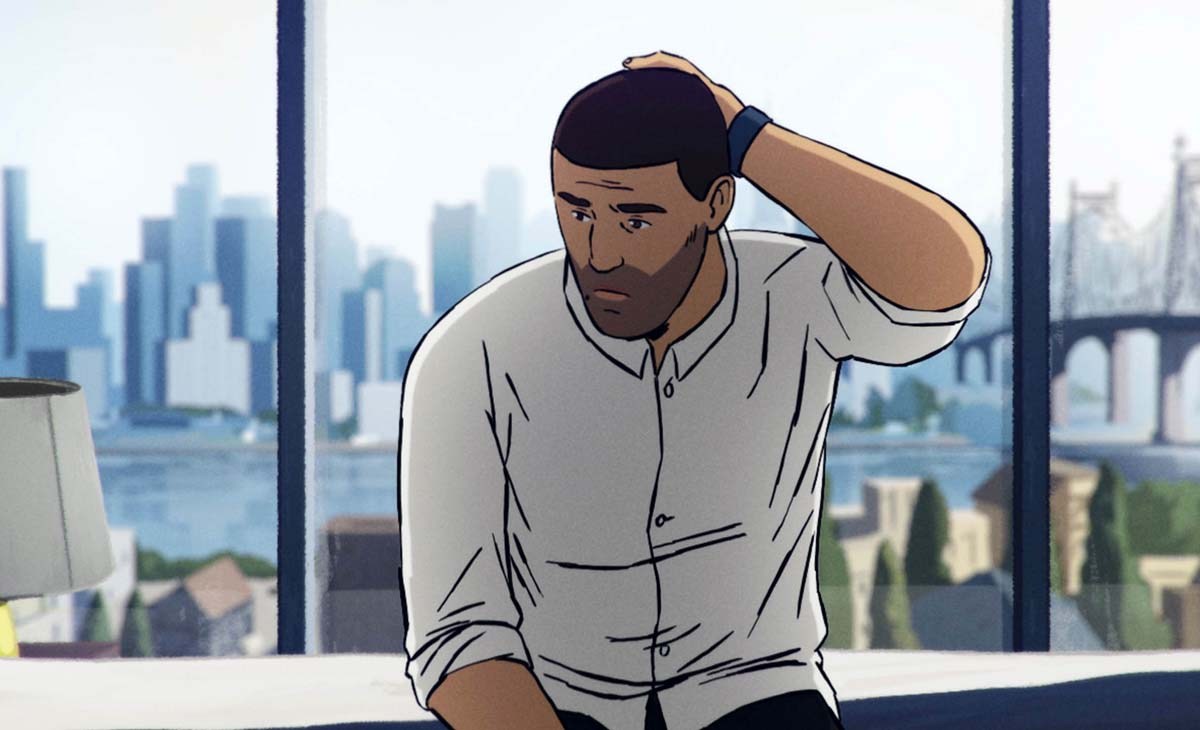 Written and directed by Jonas Poher Rasmussen, tells the extraordinary true story of a man, Amin, on the verge of marriage which compels him to reveal his hidden past for the first time. Voiced by: Daniel Karimyar, Fardin Mijdzadeh, Milad Eskandari, Belal Faiz, Elaha Faiz, Zahra Mehrwarz and Sadia Faiz.

Even before diving into the film, purely the idea of making a documentary about such a troubling, deeply personal story in this colourful animated style was a fascinating choice. The style of animation is stunning, it holds both a sincerity and a lively energy. It allows the direction and editing to never delve too dark but also capture the serious, harrowing nature of its story. It tackles the harsh reality of Amin’s life through his emotion recalling his trauma, rather than employing a grit. It adds an intimate, more relatable touch, with even a softness to its intense sadness. It’s a style that’s somewhat reminiscent of The Breadwinner or Josep.

Exploring Amin’s story requires great delicacy, it’s a horrifying amount of trauma, stress and sheer danger for one young man to go through and Rasmussen does that well. It handles the journey surprisingly gently, it’s balanced with Amin’s love for his family to tell a poignant tale of sacrifice, with a big heart and sweet openness. It’s a superb way to tell a story such as this, to make accessible the topics of war, asylum, injustice and sexuality. Not only that but interestingly it gives a view into how those experiences are affecting his adult life and his relationships. It’s a heavy amount of content to fit into its 90-minutes but it moves in such a way which means it’s never too much or too fast.

Flee is an elegant, moving and impressive way to tell an important, poignant story. The style of animation holds a superb colour and a great deal of warmth. It tells the story in a brilliant manner to get across the severity while never losing its personal, intimate touch. It’s extremely generous and kind of Amin to share his experience and Jonas Poher Rasmussen has done it true justice in bringing it to life in such a compassionate way.