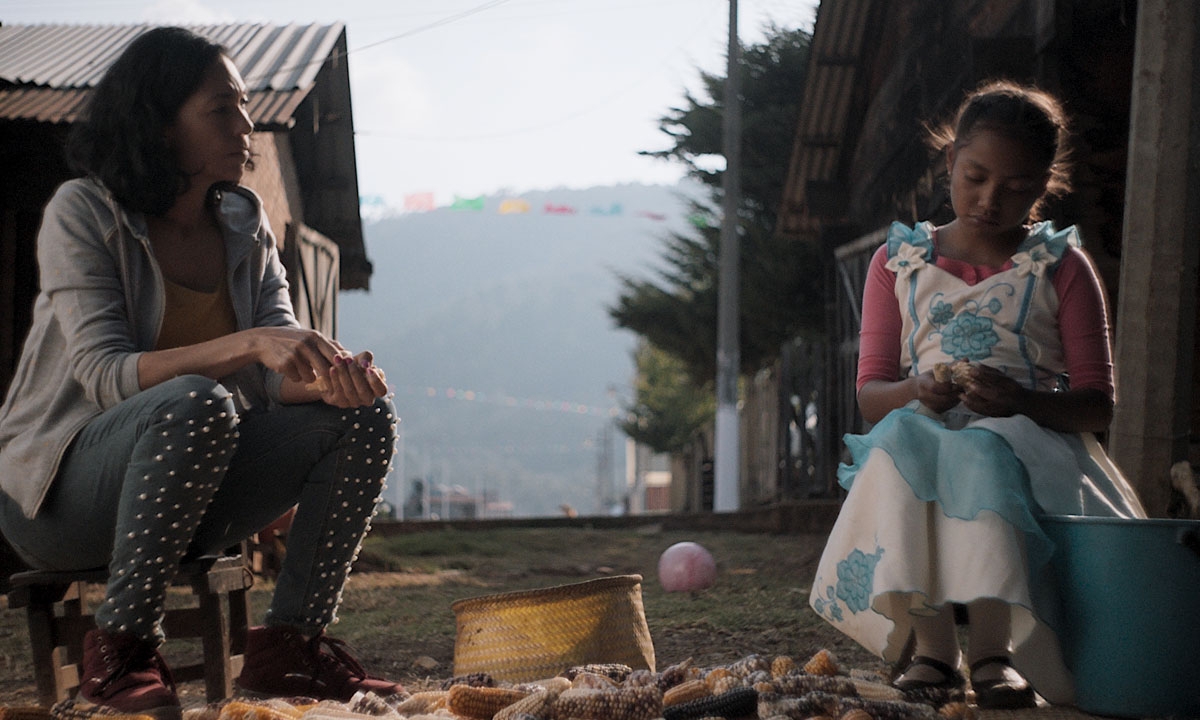 Written and directed by Ángeles Cruz, Chabela, Maria and Toña, live in a Mixtecan town, where they have to confront their own sexuality. Starring: Sonia Couoh, Myriam Bravo, Aida López, Eileen Yañez and Noé Hernánde.

Nudo Mixteco plays out with a familiar style to modern crime dramas, with intersecting lives, moving back and forth along the timeline until you’ve seen each perspective. The synopsis could be slightly misleading if you interpret the word sexuality to mean orientation, whereas its intention is as the relationship these women have with sex. Its first chapter however does deal with with a lesbian story which is well crafted to touch upon homophobia in those with ‘traditional values’ in small communities. Sadly, it’s not to last as the way that the story progresses, it doesn’t return focus to any of its characters once it has moved onto the next. It’s unfortunate to not see a more merged version of these stories, playing out together rather than one by one with a slight overlap. It’s a choice that means it can feel repetitive, going slightly unnecessarily over the same moments several times. It simply doesn’t feel like the best presentation for what otherwise is a well written and compelling story.

It’s also difficult to move from that initial queer storyline into much more familiar territory. It sets up a strong tone with that opening arc, as it’s unusual to see gay characters in a setting such as this which is refreshing. However, when it moves forward it’s not the smoothest of transitions and struggles to keep that strength going. Although Ángeles Cruz makes up for this slightly with her direction, it holds a sincere power in its intense moments, creating a humble, affecting atmosphere. It keeps its feet solidly on the ground to do justice to the story’s realism but doesn’t sacrifice style. The use of colour brings a warmth to an otherwise quite cold and harsh story, centred on abuse. Miguel Salgado’s editing similarly feeds into that atmosphere, pushing its authenticity and helping it to pace out well.

Sonia Couoh, Myriam Bravo and Aida López all give moving performances. They’re each very individual characters but the common element is their sincerity, each of them hit the same tone to bring genuine, layered emotion. Each woman is dealing with a troubling and intensely personal problem, they have to bring a vulnerability and imperfection and Couoh, Bravo and López all do wonderfully.

Nudo Mixteco is a moving drama and, as a feature debut for Ángeles Cruz, is a great starting point for what she’s capable of in the future. It’s a smart concept with familiar stylings but unfortunately hinders itself slightly along the way, being reticent to meld the stories of its women together more cohesively. The direction and performances work to create a sincere, emotional atmosphere which perfectly captures the gravity of their problems. It has its weak points but it’s nonetheless a touching film.