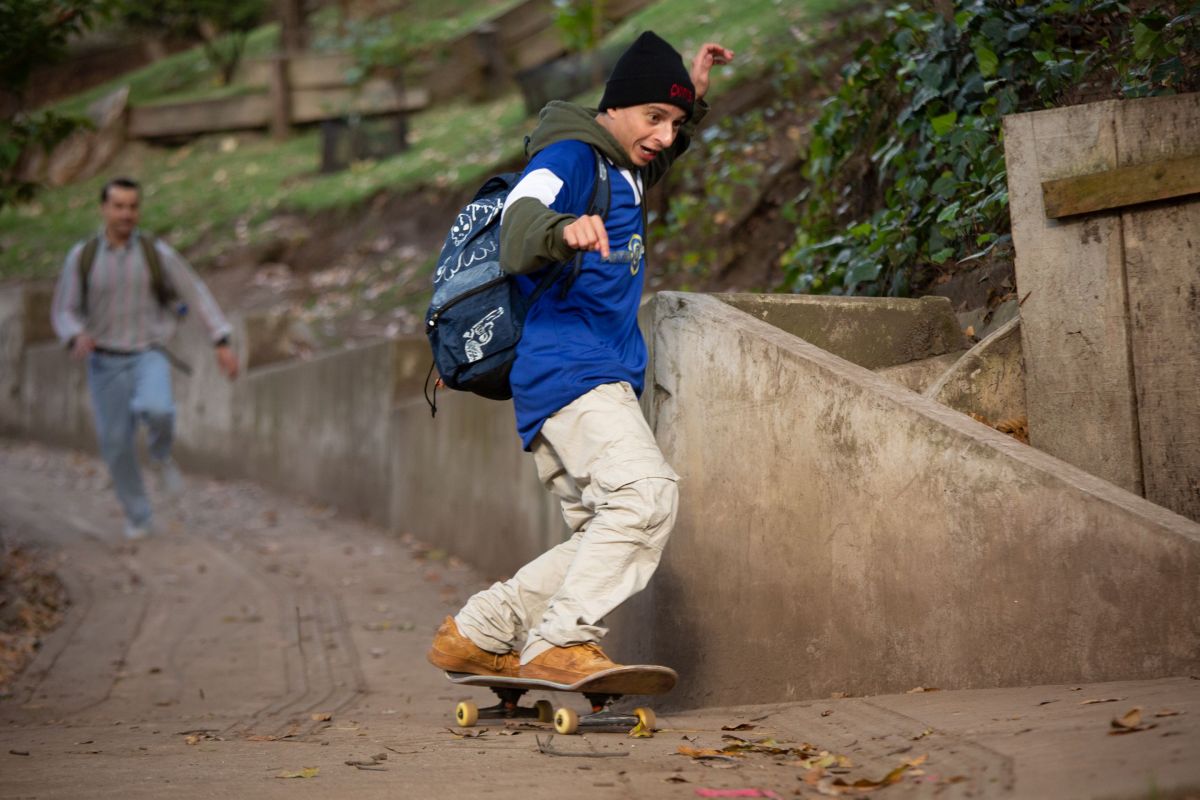 Written and directed by Esteban Arango, co-written by Erick Castrillon, when a family leaves their native Colombia for the United States in the summer of ’99, a metalhead science prodigy and his aimless younger brother struggle to align the American Dream with their new reality. Starring: Mateo Arias, Moises Arias, Kali Uchis, Diane Guerrero and Wilmer Valderrama.

Moises Arias has been giving consistently brilliant performances for years in independent cinema with films like The Kings of Summer and Monos. Sadly, it hasn’t been appreciated as much because of his contrasting appearances in projects like Pitch Perfect 3 and Hannah Montana but he’s a very talented actor. It’s interesting here to see him acting alongside his real life brother, Mateo Arias, there’s the built in relationship they have and that connection comes through effortlessly on screen. The two present characters that are at the same time entirely different and extremely similar, they’re just filled with so much frustration and mixed emotions that they often can’t see the latter. They create rounded and unique personalities that are easy to watch. Casting Diane Guerrero is a wonderful choice on its own and she can easily get across the maternal feel and a range of emotion but she’s much too young to be playing their mother. It undercuts the sincerity of her performance as she looks more like their sister. Similarly with Valderrama playing their father, he’s closer to the right age but still not quite there, although he only appears briefly here.

Despite those great lead performances, it doesn’t feel like there’s a consistent or focused enough drive to this story to make the most of them. It’s splitting its time between Carly (Mateo Arias) chasing his dream to work at NASA, the family’s status as immigrants as well as their dynamic and it’s doing a disservice to all of them by not more strongly following one vein. It brings together pieces of a good family drama, a good underdog story and a good immigrant story but as just pieces, they’re not enough. There’s also a few gaps in the story, the family’s past and reasons for emigrating to America don’t feel entirely clear, there’s a fairly vague inference but nothing solid. These elements are contributing factors to the problem that the film struggles to connect on a more emotional level, it remains on the surface, never tapping into something deeper.

It’s a factor that isn’t improved by the direction because it’s also aiming at a younger, almost volatile style that leans towards the typical teenage frustrations rather than a larger drama. There’s a definitive atmosphere to it that feeds into the feeling of losing control that the characters are struggling with, relating the visual to their displacement, confusion and anger. It has that key 90s feel to it and there’s plenty of nods to era but at the same time it doesn’t overly push it, to keep a more timeless and more easily relatable feel to the story.

Blast Beat feels like it’s being pulled in too many directions, rather than focusing on one key story, there’s too much going on to give enough attention to everything. The Arias brothers both give great performances brimming with teenage emotion but the story isn’t giving them enough that you can truly connect to their characters. Its directorial style and overall feel will likely work better for a younger audience, while others may be looking for more than it has to offer. Although casting Daniel Dae Kim certainly gives them a few extra points.