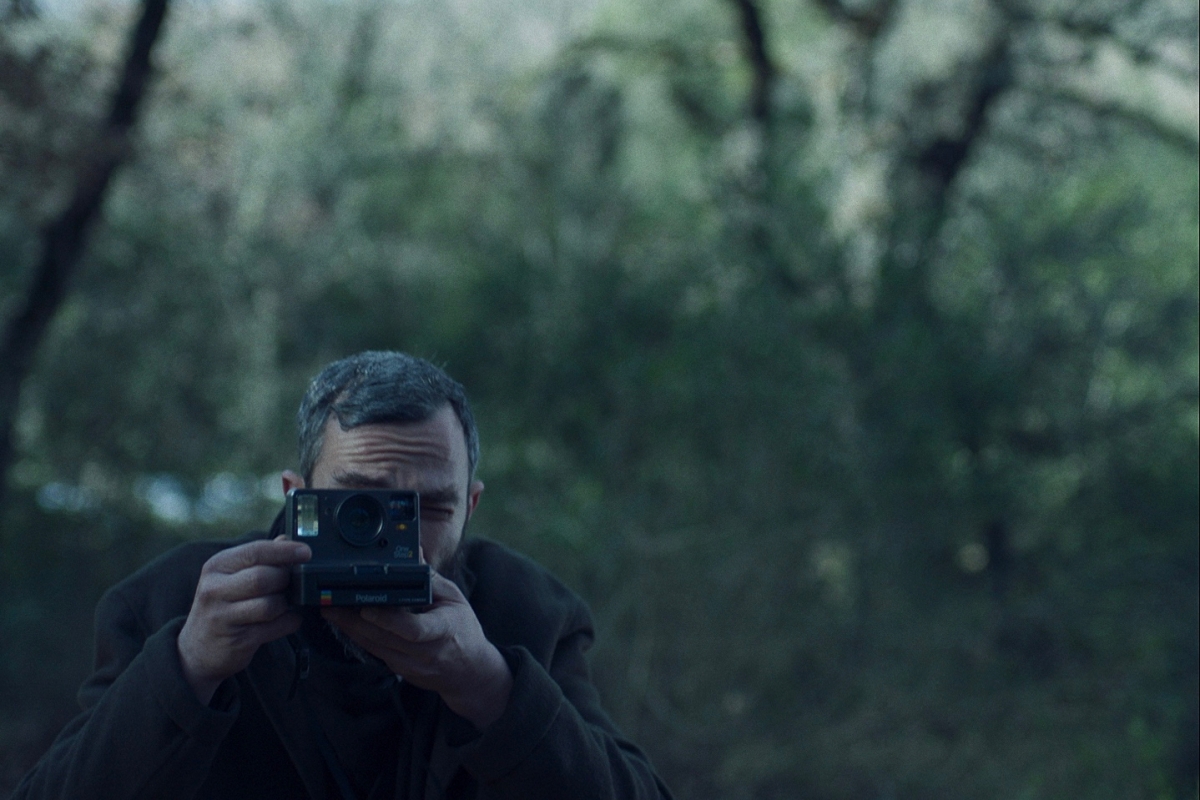 The most obvious aspect to get out of the way nice and quickly is that yes, Nikou has worked alongside Yorgos Lanthimos and his influence is very noticeable in this film but it’s not the only connection to be drawn. Firstly, Nikou has also worked closely with Richard Linklater, which is less apparent but noticeable, however the less direct connection that this film draws is to David Lowery, in particular A Ghost Story. He taps into a similarly slow, pensive and entrancing atmosphere, hitting an offbeat and individual but striking note. It creates an intense tone that beautifully captures your attention, and holds it even throughout extended periods of silence and yearning or contemplative looks. The choice to use a 4:3 ratio has a solid impact on the film, it emphasises not only the colour and texture but the rich nature of Bartosz Swiniarski’s cinematography. There’s an overwhelming sense of melancholia, its amnesiac story brings a lost, wandering tone that continues to draw you in.

Nikou and Raptis’s writing is just as mysterious as the atmosphere his direction sets up, it’s apparent from the beginning that this is not going to be a clean-cut story. The most fascinating element is simply how captivating their protagonist of Aris (Servetalis) is, despite how very little you’ll learn about him throughout the entire film. He’s such a well constructed character, layered, sensitive, intelligent and thoughtful, as well as being entirely sympathetic, that he’s gripping to watch. The way that the story moves is satisfyingly strange for the most part, it has a cult-like edge in the tasks that he’s given in the guise of rebuilding his life; they provide an edge of suspense, never quite knowing what they may tell him to do next. The concept feels similar to that of Chad Hartigan’s Little Fish in its pandemic of forgotten memories but whereas they embrace the sci-fi and relationships, Nikou’s is much more focused on the individual, and understated drama. There’s a vein to it that you could connect with Never Let Me Go (2010) in the sense of self-discovery in a cold world. It likely won’t work for everyone and it’s ultimately not that satisfying, but it is utterly consistent in its entrancing quality throughout.

You have to hope that in reality Aris Servetalis is a fan of apples because the sheer amount of them he must have had to eat in order to make this film would be torture for anyone with an aversion to them. That well constructed character would be nothing without his charmingly bewildered and curious performance, he has such a fantastic presence that’s easy and intriguing to watch. He seamlessly holds the entire focus of this film, it barely moves from him and yet it isn’t missing out on anything. However, it is great to have Sofia Georgovassili and Anna Kalaitzidou in the mix, to throw a different edge to its energy, their presence brings out more from Aris’s character, as well as having remarkably unique personalities given their relatively brief appearances. Both of them have a dose of mystery to their characters and what they want from Aris or who they truly are, which feeds into the entrancing quality of the film.

Apples is mysterious, pensive, melancholic and utterly entrancing. Often films about memory loss focus on who that person is in the eyes of their friends and family but Nikou solidly focuses on rediscovering who you truly are, not who other people think you are. It moves slowly and thoughtfully through Aris’s journey and Servetalis gives a brilliantly captivating performance from start to finish. Nikou’s writing style may leave a few gaps here and there but his directorial style is wonderfully influenced by his work with iconic directors, creating a rich, layered visual that’s a joy to watch.