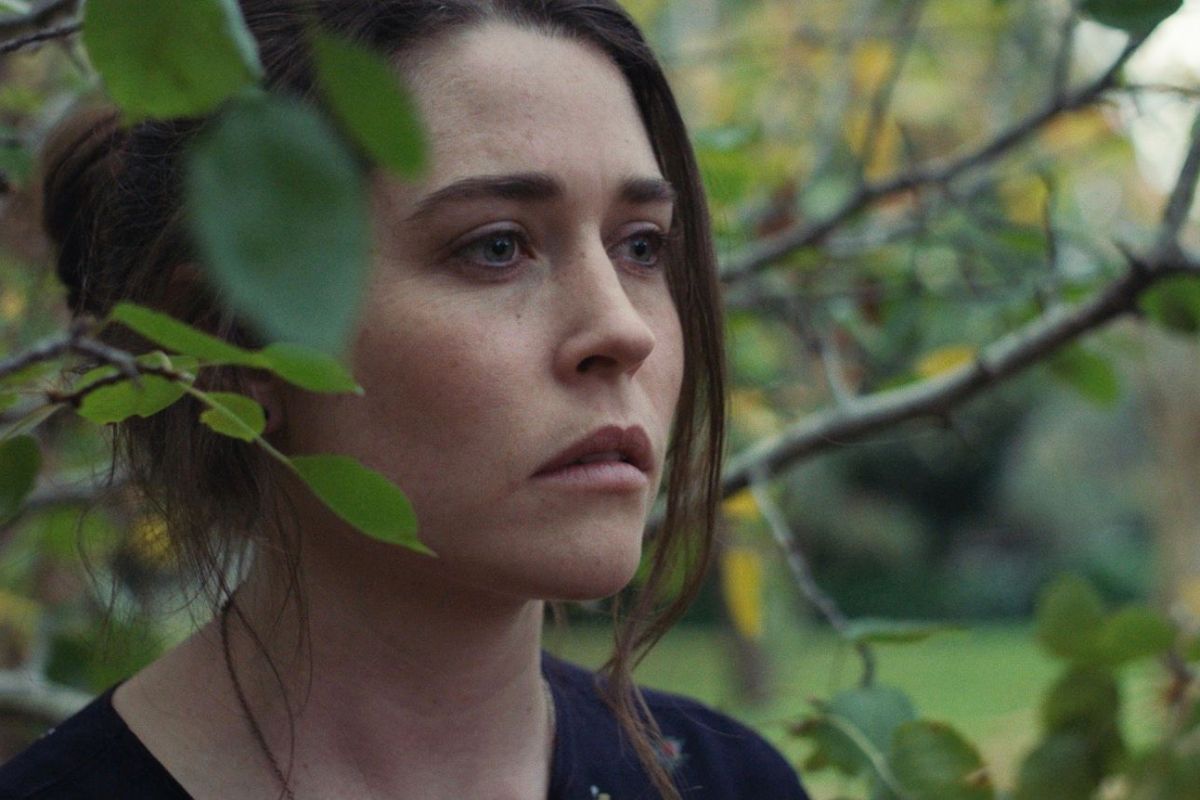 Written and directed by Thomas Wilson-White, grieving the death of her mother Lillian, Beth Tweedy-Bell wakes one night to find a portal to the past in the forest surrounding her family home. Swept away by visions of her idyllic upbringing with her three siblings and two loving Mums, Beth becomes mesmerized by the past, unable to see the dangers that lie ahead. Starring: Jane Watt, Joel Horwood, Camilla Ah Kin, Kirsty Marillier, Shiv Palekar, Rhondda Findleton and Harriet Gordon-Anderson.

Sci-fi is one of those genres that every so often a film comes around that takes just enough from it to elevate another genre, in this case it takes family drama to a different level. It introduces its reality twisting world of memories with an elegance, the story moves in an emotional and reflective way without becoming convoluted or messy. Considering it involves revisiting a lot of moments, it never feels repetitive, the writing does well to show how stepping outside of yourself can completely change your perspective on a moment. It asks interesting questions about loss and grief, but foremost whether if you had the opportunity to leave the world behind to live amongst the memories of your lost one, would you do it? It does however leave some questions unanswered. There are paths for the characters that are begun but left unfinished and it would have been satisfying to flesh out some of their stories more.

Wilson-White’s direction feels understated, it befits the drama side for the most part then adds light touches to embrace the blurring lines of reality. They become less subtle over time to increase the impact but initially it’s impressively slight changes that still make it undoubtedly clear what’s going on. Its pace and movement create an atmosphere that’s gently heart-breaking, it gradually gets under your skin rather than one big emotional punch. It doesn’t feel entirely outside of the familiar and yet you can genuinely feel the creativity that went into crafting it.

The film is filled with great performances, it’s such an emotionally charged story that everyone has something to bring to the table but they’re anchored by Jane Watt’s Beth. She’s stuck, unable to really move forward and embrace life, she’s afraid, sad and resentful, there’s a lot going on that she’s not able or confident enough to express but Watt achieves that effortlessly. Findleton and Ah Kin create a loving, generous couple with ease. Marillier, Horwood and Palekar, alongside Watt, all have a very natural sibling chemistry, it’s filled with banter, care and the same infightings that all families have. Adding Gordon-Anderson’s Lauren to the mix gives it a little more variety and opens up the story, she brings even more emotion and vulnerability that helps to tie everything together.

The Greenhouse is a very modern, creative way to explore loss and grief. It’s emotional yet it also has a stillness to it, creating a thoughtful and reflective atmosphere. Its cast bring the heart of this story to life, through heartbreak and pain but ultimately showing a loving, supporting family. There are a few loose threads to its story but outside of that, it’s compelling, moving and gripping. It takes what could have been a conventional family drama and elevates it to something new and different.