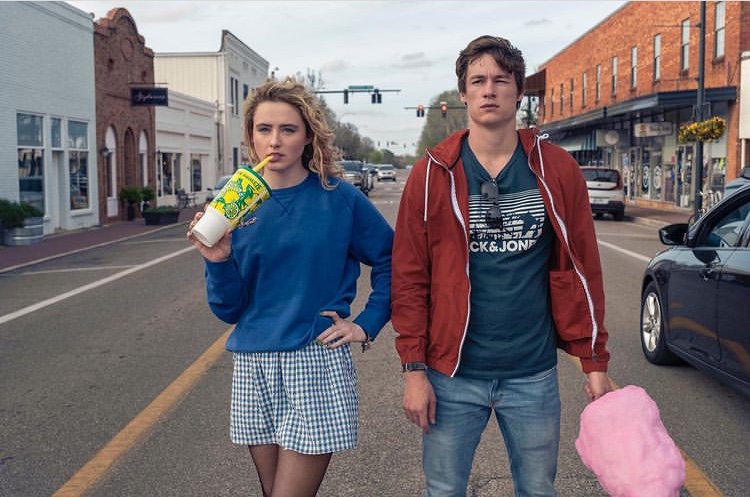 Who can say what has brought the time loop comedy back to the forefront with films like Palm Springs, Happy Death Day and Edge of Tomorrow but clearly there’s a lot more to be done with it. With The Map of Tiny Perfect Things being firmly in the teen arena, it could easily disappear into a vat of cheese and sickly romantic moments but thankfully it has a naïve yet kind, bubbly personality that sees it through. Most of which comes from Mark (Allen), he’s bursting with energy, he’s creative, kind and full of positivity. The opening of the film is much the same, it has a fantastic rhythm that perfectly suits its looping nature and you can’t help but to be charmed by it.

There’s simply a sweet and simple yet modern atmosphere to it that’s easy going and enjoyable, so when they bring Margaret (Newton) into the mix and the charm has to work harder to win her over, it just enhances its draw. Newton and Allen have a great chemistry, it was undoubtedly the right choice to not make that immediately turn into romance, it may hit a cliché of girls putting guys in the ‘friendzone’ but it keeps things more interesting. Newton brings a surprising amount of emotion to this role, she’s already shown what’s she capable of and she brings that same dose of personality here. She’s particularly good at making characters feel unique, being a very formulaic style film it can be difficult to not feel like the same old characters but she manages to give Margaret an extra edge.

Admittedly, this story does not hold a lot of surprises but what you get out of it does feel more unexpected. Firstly, the simple fact of having a teen focused film that doesn’t make you want to roll your eyes is an achievement, despite its relatively predictable nature it feels fresh and entertaining. Secondly, it’s actually touching, the direction that it takes in its latter moments brings a genuine emotion. It also has a great message about not taking things for granted and remembering to look outside of yourself and consider that your perception of a situation may not be the whole picture.

Through a combination of the performances, its bright palette, the use of music and the smooth flow of the direction it kicks off with that high energy and holds onto it throughout. Even though it takes a turn for the more serious at times, it relentlessly feels positive and brings an infectious energy that makes you want to stick around for the ride. It’s so easy to underestimate a film such as this because it surrounds teenagers and has a romantic vein which makes it more difficult to achieve successfully and Samuels has done that here, it’s entertaining from start to finish.

The Map of Tiny Perfect Things is sweet, energetic, positive and entertaining. Kathryn Newton and Kyle Allen make an adorable couple that are fun to watch, it’s not an easy thing to pull off convincingly but these two do it quite easily. It’s constantly moving in a smoothly satisfying rhythm despite the fact it’s actually constantly going back and forth. Everyone needs some easy, fun entertainment sometimes and that’s exactly what you get with this film.