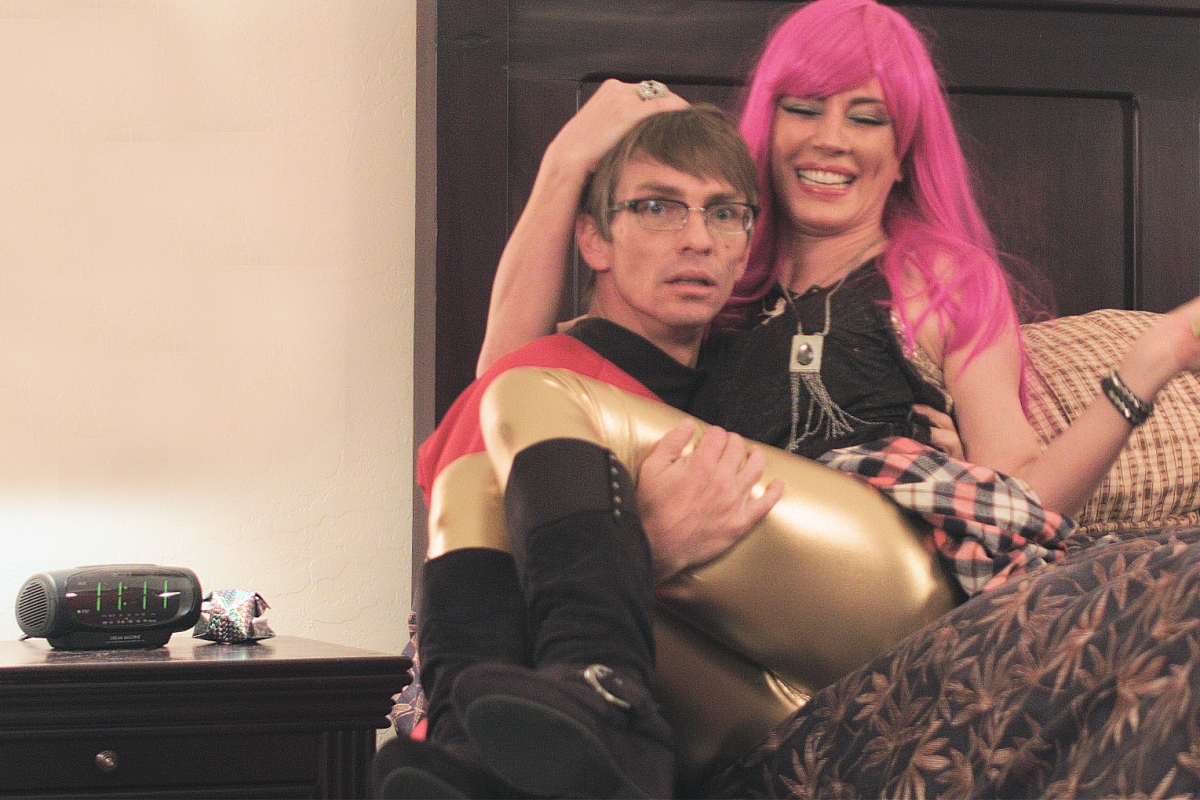 Written and directed by Chris Redish, Tim Faris (Charles Baker) had a one-night stand with an alien 16 years ago but managed to keep that liaison secret from his wife and the half-alien daughter they are raising. When Andromeda (Krista Allen), the alien, returns to Earth intent on reigniting their passion, Tim’s cozy life starts to unwind. Also starring: Christina Rose, Jennifer Pfalzgraff, Dominic Bogart and Dillon Vineyard.

This film does exactly what it says on the tin, it offers a cheesy sci-fi adventure and that’s what you get. Half of the charm of this film is that it feels self-aware of the fact that it’s silly and outlandish, a lot of the time films like this go off the rails because they take themselves far too seriously and forget the tone of the project. It’s offbeat and unusual but it embraces that fully to provide an almost 70s style story of alien abduction and family drama.

Another element it manages to keep simple is the plot, it doesn’t fall into the classic sci-fi trap of becoming too convoluted or aiming too high, it’s easy to follow, it flows nicely and it has a solid progression to it. The dialogue is expectedly melodramatic and silly, but there’s also a nice humour brought through by Allen’s Andromeda, she’s reckless and selfish, it adds an extra edge to stop it from feeling one note.

Allen’s performance does further that a lot, she’s funny and unpredictable, with a constantly high energy and zero inhibitions. Baker as Tim is the classic clumsy, nerdy, skinny, frail yet wild-eyed fantasist who refuses to give up on his dreams, he’s incredibly awkward but it works in his favour and makes his character feel well-intentioned even if slightly delusional. Rose gives a fine performance but the age disparity between her and her character is an issue, it brings an almost uncomfortable edge to it, feeling too childish at times which is a shame. Pfalzgraff brings through the rigid, stubborn, religious type that her character sets up strongly, it’s stereotypical but it does work.

Eleven Eleven has an unusual charm, it gives you what you expect but does so in a surprisingly sweet yet odd way, which works. There’s a hidden sincerity to it, it feels as though the project comes out of a loving, fun place and it’s simply trying to create a strange adventure, it captures the atmosphere of a 70s flick, going for it without feeling self-conscious, over-eager or with an inflated ego. It won’t work for everyone, it’s a little bit messy and weird but it’s worth giving a chance for some light, silly entertainment.

Available on Amazon Prime in the US now