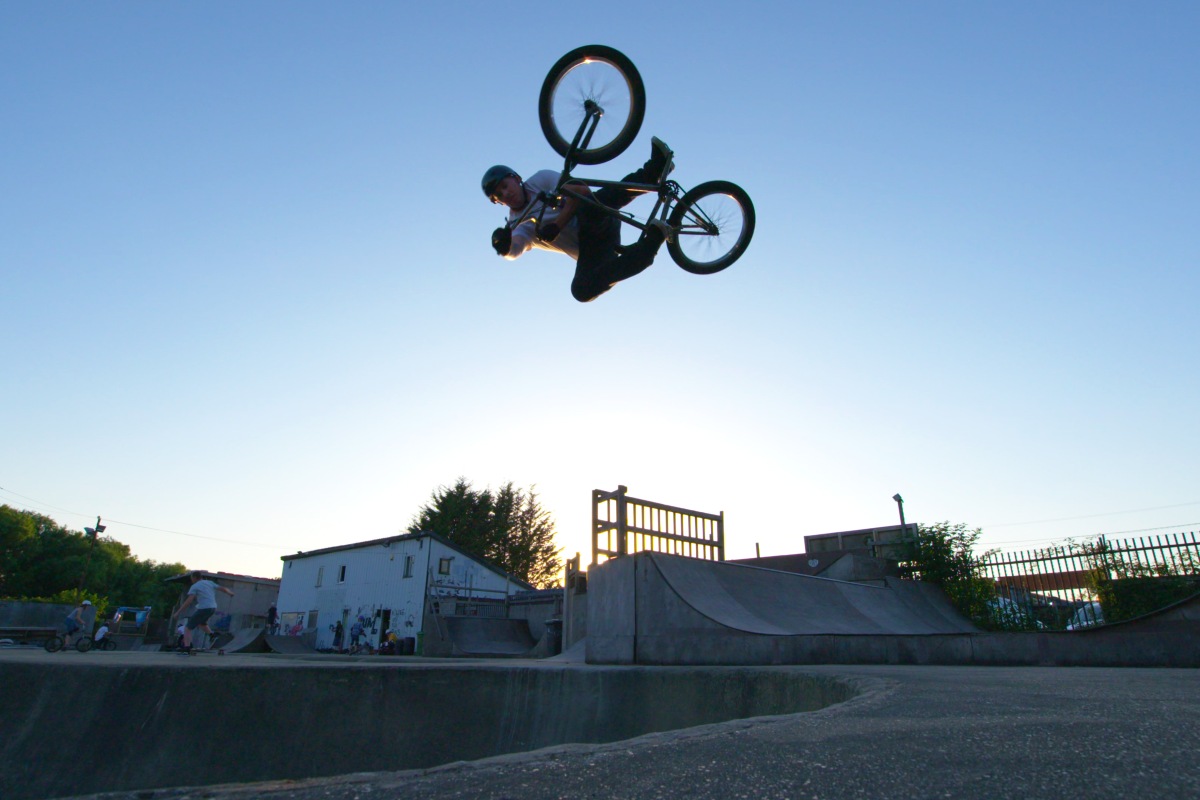 Written and directed by Matt Harris, when a tragedy strikes the worlds most unique skate park, a dogged group of old school skaters, BMXers and street artists team up to fight for its survival. Starring:, Lance Mountain, John Buultjens, Maximillion Cooper and Andy Ruffell.

When you think of skateboarding you probably think of California or New York or X Games, not Romford but while the sport may have been popularised in the US, it’s been enjoyed by people all over the world, of all ages for decades, which is exactly what this film demonstrates. This film is full of nostalgia and sentimentality, celebrating a place that has become a second home for many and how its survival for over four decades is an unbelievable achievement in a constantly changing world of fads and trends.

It’s almost a strange experience to watch people with British accents talking about skateboarding, being so accustomed to its representation in the media being entirely American but it’s a nice change of pace to see how it has been embraced in the U.K. over the years. It builds a story of community and dedication that’s heartening to watch and gives it a strong, positive energy. Harris’s directorial style fits that energy well, it hits the nostalgic note strongly and gives a very personable feel to it.

It’s a shame that there’s no diversity in its talking heads, it’s almost entirely middle-aged men, it might have been improved with some Peggy Oki or Ellen O’Neal types to round it out and make it feel like a more universal sentiment. Its progression is a little unbalanced, listening to them recount the good old days and the height of popularity for the various sports involved is really interesting but its more historical and heritage inclusions, take away from its overall tone of down to earth, everyday memories.

Also given that the synopsis mentions their tragedy, it’s slightly strange that it takes almost an hour out of its 78-minute run time to get around to it. Leaving it so late means it finishes with a fundraiser style message, unfortunately making it almost feel like an extended promo piece for donations, which does a disservice to the documentary. There are also a couple of odd shot choices that didn’t really need to be included and having Maximillion Cooper involved, who has a very insincere presence throws off the otherwise relatable tone.

Rom Boys is an interesting exploration of the skateboarding scene in the U.K. and how formative it can be to find something that you’re passionate about and the dedication that creates for a place that allows you to explore that passion. It stumbles slightly along the way and could have taken a more balanced, even route to its finish line but it’s overflowing with nostalgia and enthusiasm.