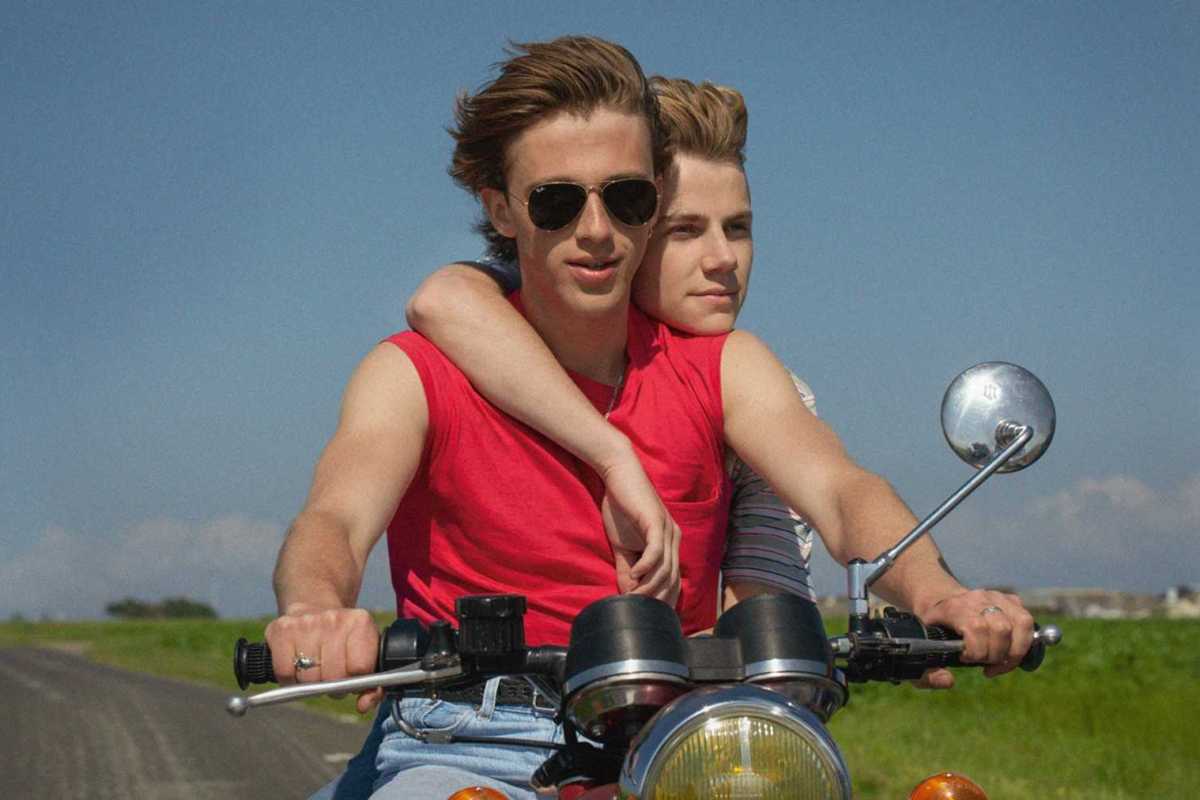 Written and directed by François Ozon, based on the book ‘Dance on My Grave’ by Aidan Chambers, while boating, Alexis’s (Félix Lefebvre) boat capsizes and almost drowns before being rescued by David (Benjamin Voisin), who ultimately ends up as the friend of his dreams. Also starring: Philippine Velge, Valeria Bruni Tedeschi, Melvil Poupaud, Isabelle Nanty, Laurent Fernandez and Aurore Broutin.

If you happily stroll into this film expecting simply a sweet, summer romance then you’ll find yourself gravely shocked because it is certainly more of the bittersweet variety. As soon as the film opens it dives head-first into the 1980s, the authenticity that the cinematography manages to create for the era is exceptional. If it weren’t for the fact that it’s of a hugely higher quality than any film made in the 80s, you’d genuinely think it was from that time, it’s an impressive achievement how far Hichame Alaouie has gone to perfectly craft the visual experience to befit the era and it adds a great deal of charm and personality to the film. It has that classic summer romp by the beach feel that only makes it more devastating when it delves into the darkness its story holds.

Félix Lefebvre gives an utterly brilliant performance as Alexis, he has to traverse such a challenging expanse of emotions, starting out simply a young man falling head over heels with his first love to a shell of a man, broken and prone to all sorts or erratic behaviour but he’s compelling and consistent throughout. His performance is overflowing with youth, energy, passion but also struck by an intense melancholia that’s heart-breaking to watch. Benjamin Voisin is the perfect pair for Lefebvre, his David is a complete contrast to Alexis, he’s self-assured, confident and experienced but most impressively is how he handles his fear of commitment. Not too much can be said without spoiling the film but Voisin does a great job of giving David a depth beyond his easy-going exterior. Philippine Velge is an unexpectedly great addition, a relative newcomer but she has a very casually sympathetic and friendly air that rounds out their little group extremely well.

The way that the film plays with the past and present, moving back and forth adds a huge depth to the story, knowing that there is so much sadness and death coming makes you immediately more invested in closely observing their behaviour for clues on how everything plays out. It also gives Alexis and David’s romance a stronger sincerity and impact knowing it’s a ticking time bomb, heading into destruction and depression. It’s a romantic mystery and one that reveals itself much sooner than expected, there’s almost a third of the film’s runtime dedicated to catching up with the aftermath rather than the romance which is surprising but makes the film layered and goes above and beyond expectations. The events that transpire in that last half an hour almost leave you speechless, they’re entirely unexpected but more so, they don’t shy away from the messiness of loss and grief, there’s no tarting it up with crying topped with acoustics, it’s dark and uses discomfort in its favour.

All of that is pushed one step further by how the direction and colour palette of the film changes in past versus present, where one is pale and still, the other is vibrant and has a flowing movement, the change from one to the other frequently throughout is done smoothly and subtly. The direction and editing not only reflect the tone of the era but strongly bring through the romantic notes, the way that their relationship progresses, the boat trips, motorcycle rides, jaunts to beach and the fair, it all has such a classically amorous air. It makes it all the more impressive how well they balance that with the melancholy and intense sadness that the film holds, the two never clash but work to intensify one another.

Summer of ’85 is not your typical holiday romance, it takes the classic tones of a blossoming first love by the beach then throws in an almost brutal honesty and sincerity in its exploration of loss and grief. It captures the unparalleled intensity of first love in a way that’s unique, it’s not about happy endings or coming out, it doesn’t ignore the issue altogether but doesn’t do the film a disservice by letting the widespread homophobia of the 80s permeate its story, instead it acknowledges it but keeps its focus where it matters. Lefebvre and Voisin both give fantastic performances, they’re so easy to watch, sympathetic and relatable, 100-minutes isn’t really long enough with these two. The cinematography is exceptional, the direction, editing and writing are superb and it’s all topped by a wonderfully 80s soundtrack to round out the experience. It’s unexpected, heart-breaking, passionate and perfectly messy but most surprisingly for a film with such sadness, it will leave you with a sense of hope.