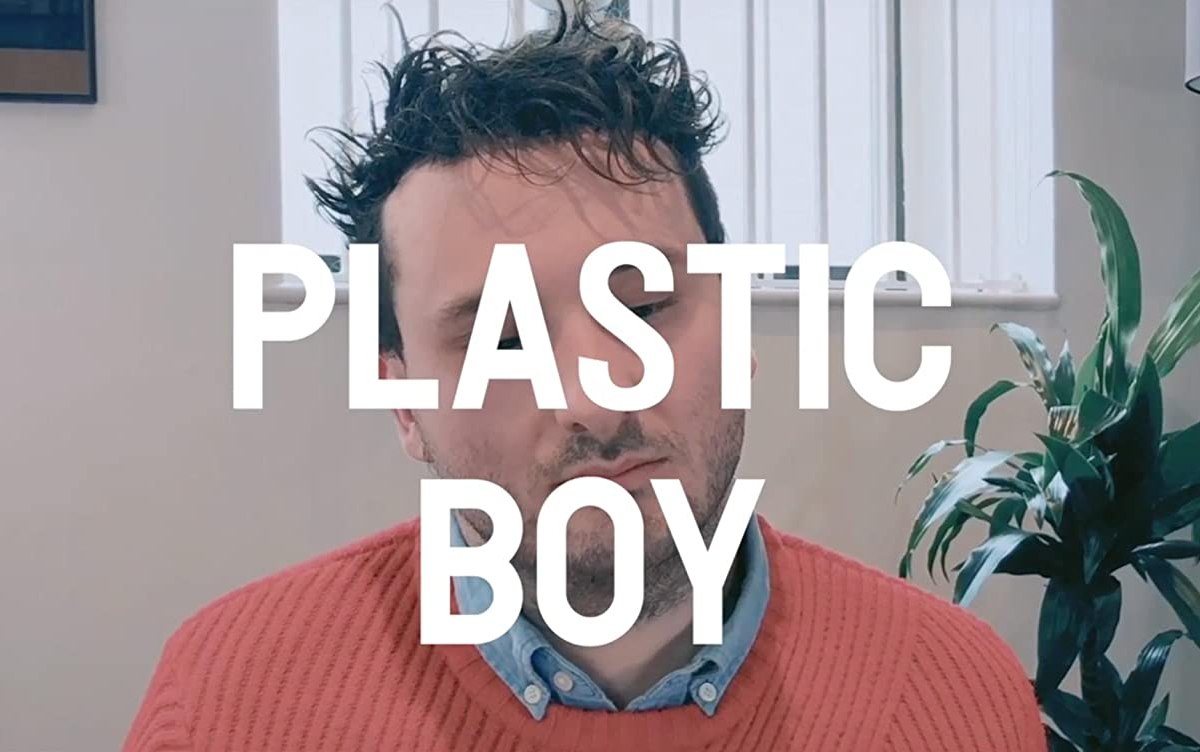 Written and directed by lead actor Sam Plommer, following his namesake character, Sam isn’t where he wants to be in his life, but all he knows is what he doesn’t want. Also starring: Sofie Bland, Ross McNamara, Victoria Muldoon, Sam Toller and Shaun Stone.

Plastic Boy exudes an everyday awkwardness, from the workplace irritants, to crushing on a colleague, to that not so healthy relationship that’s not really a relationship but you’re telling yourself it is to feel better; it falls very close, if not dead on real life. Sam (Plommer) feels like someone very reflective of young professionals in London, if you have ever worked in London you’ll have undoubtedly met someone just like him. He’s perfectly situated in the quarter life crisis of not having real goals and searching for a larger sense of fulfilment or meaning, that will never come because he’s too afraid to really try, and a little too lazy. It’s very authentic of most younger generations today, being told you could have more than a dead end job just leads to huge disappointment when you realise that that’s most likely what you’ll end up with.

Sam is a tricky character because you want to like him and he’s interesting to follow but at the same time he’s selfish, narcissistic and a bit annoying, although no-one really wants to watch a film about someone who’s perfect. Plommer’s performance feels sincere and real, he’s constantly fronting yet not afraid to poke fun at himself. He maybe gets a little too real at moments, with a couple of sex scenes which feel unnecessary, they’re a difficult thing to do well and though Plastic Boy is not aiming for anything actually sexy, they still feel slightly too uncomfortable and forced to really work, it was a risky choice and sadly, doesn’t pay off.

It’s surprisingly compelling to watch him stumble through day to day making constant excuses for why he puts in as little effort as he can and caring about nothing in particular, he barely takes care of himself, and you’re driven to want to fix him. Perhaps what’s even more surprising is that it’s more compelling when there’s little happening, it veers off course slightly when things heat up. He’s also a character who sincerely does not know when to stop talking and while it is funny and provides the majority of the comedy, it sometimes goes a little too long and starts to push the boundary of whether it’s humorous or grating but then again, that’s life.

Sam has classic Peter Pan syndrome, he refuses to grow up and that’s certainly something very relevant these days, the entire film handles problems that most young people will have come across and does so in a real way, rather than simply throwing in a happy ending. It feels almost like Simon Amstell’s Benjamin with all its glamour removed, to make it extra authentic. The film also deals particularly with seeing people as the version of them you’ve imagined, rather than who they really are or putting the blame on your boring job rather than realising that you get out what you put into something. Similarly in his friendship with housemate Zoe (Bland), he rarely puts in the time but friendship takes work and when he’s much too focused on himself, it starts to dwindle and leads to what you could call a Booksmart moment, meaning a shouting match, not them getting super high and thinking they’re dolls. However, it’s missing a moment to resolve that fight, it falls under the much more British category of pretending like it didn’t happen and just quietly resenting them.

Plastic Boy takes real life and throws it right in your face, finding comedy in the mundane and gives you a character that you might not even like but surprisingly still want to know what will happen to him. It misses the mark with a couple of moments and it’s a shame that it ends on a fairly vague note, there’s a lack of growth from Sam, we get a slight glimpse but it’s not demonstrative enough to be satisfying, it feels like the pre-emptive moment to his growing up. It’s incredibly sincere and true to life but missing that edge to push it to the next level.