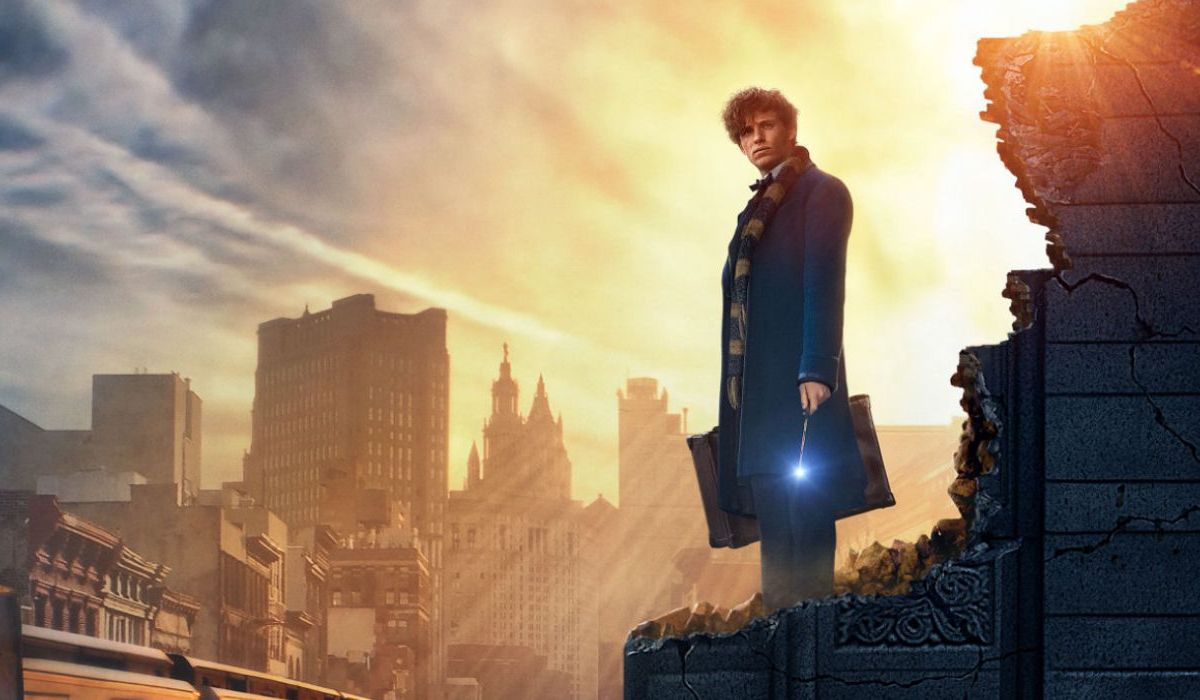 Adding to a franchise that had been satisfactorily ended after almost a decade of loved book to film adaptations is a risky business to say the last but seemingly par for the course these days, so why not? (Yes, realistically there are many reasons why not). So here we are, following Newt Scamander (Eddie Redmayne) on his trip to New York in the 1920’s, his magical case of creatures is accidentally set loose and he must find them before the wizarding world is exposed to the no-maj’s (muggles). Also starring Katherine Waterson, Colin Farrell, Ezra Miller, Dan Fogler, Alison Sudol, Samantha Morton, Jon Voight, Carmen Ejogo and Ron Perlman.

Redmayne wasn’t exactly a risky choice, Oscar winner, fantastic on the rise actor, who can clearly handle a challenge and it still pays off, his boyish charm is what you’d expect with an unusual mix of confidence and arrogance that creates an interesting character, although it isn’t one that could generally be considered universal. His performance does however fit perfectly into the Harry Potter universe, it’s entertaining and cheerful, it has a determined spirit and full-heartedness. Tag-along come sidekick Fogler as Jacob is quite possibly one of the biggest highlights of the film, he’s definitely the most involved a non-magic character has ever been in the series but it’s very much to the audience’s benefit; he gives a funny, charming, modest, humble and all around genuine nice guy performance, that adds humour and a jovial air to a story that can become dark in moments. As do both Waterson and Sudol as Tina and Queenie, two completely different characters but adding more of a team spirit to the film; neither of the two feel particularly inventive which is ironic for such a creative franchise but they are still enjoyable to watch. Miller on the other hand, gives another in a continuing line of unusual and slightly creepy performances, at times it does feel over the top but it certainly stands out amongst the crowd.

A pre-requisite for the franchise was the sheer creativity and attention to detail that was required and it does not disappoint, all of the intricate additions are simply a joy to behold, from random objects to the creatures themselves, particularly the much talked about Niffler, the cutest kleptomaniac you’ll ever see. The entire film is visually spectacular and inhabits the familiar and exciting quality of the franchise it’s now joined which ironically manages to make a film set almost 100 years ago feel modern, meaning all the era details, costume and design add more of a flare than changing the formula entirely. Thankfully there’s not an overbearing need to reference the rest of the series, not to say there are none at all, there are several satisfying nods to the wizarding world we already know. One change that can’t be ignored is side stepping from a story based around youth to focusing on adults, it does prevent the immediate connection the original films managed to elicit but it is nicely balanced out by the a deeper sense of danger and the titular beasts, which are certainly the most effective of the film in bagging an emotional response.

Altogether it’s an exciting and entertaining adventure, that’s also a pleasure to watch; there are no weak links in the cast and it has a good mix of humour and action, most importantly it is not a disappointment, rather a younger, less experienced brother to the original series that hasn’t quite found its footing but is on the right path.