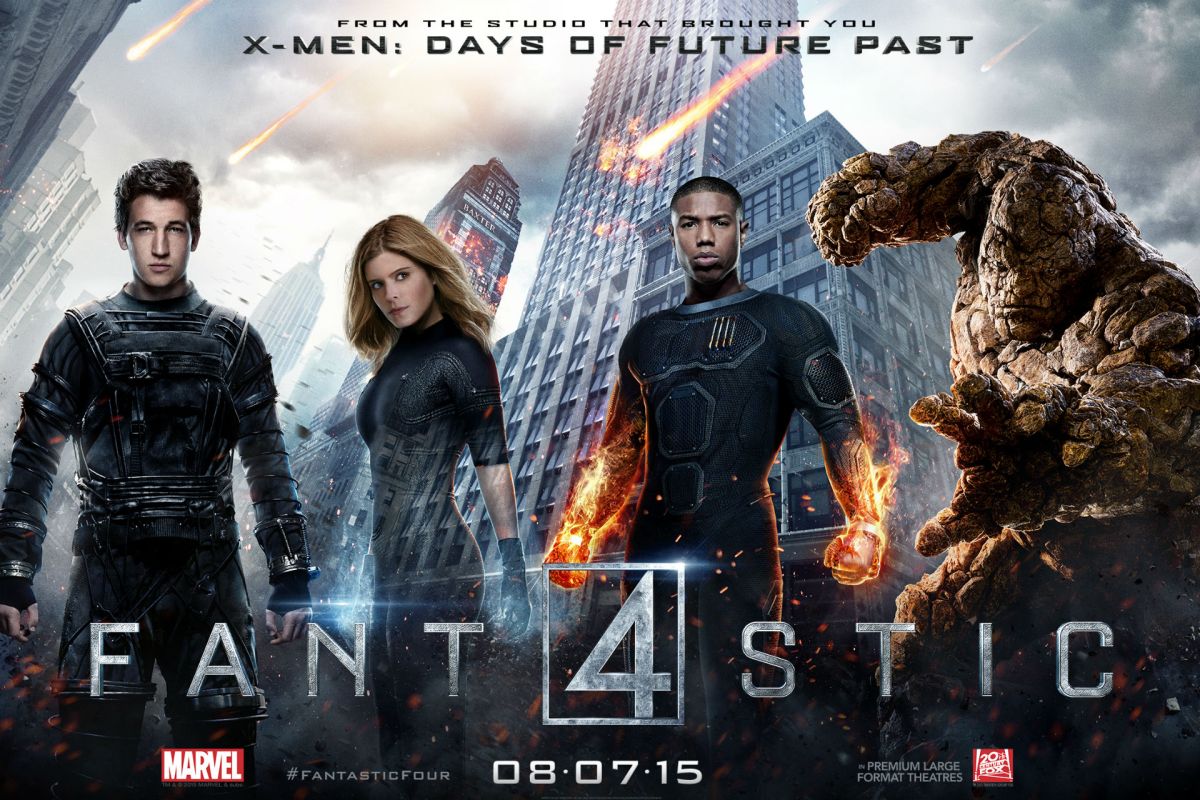 This could quite possibly be the real contender for the least awaited film of 2015, doomed by near all to be awful trash that was not worth the time nor money put into making it, but were they wrong? Well no not entirely, the haters were maybe particularly hateful with this one but even with such low expectations it was still barely pass-able. The plot is not too complicated given that it is a science fiction film wrangling with one of the big issues; is it possible to travel to another, assumed existent, dimension and when that is accomplished what will be the ramifications of the powers they receive and the one they leave behind.

The problems begin with with the fact that this is a film about a team at its core, there’s no ifs or buts about it, that is the whole entire point; to have a perfect dynamic that can tackle whatever the universe happens to throw their way, this is not what we get with this film. Granted we are meant to be meeting our heroes at one of the earliest stages in their creation and team building exercises but it just isn’t there. In all fairness time has been spent to explain the brother bond between Reed Richards (Miles Teller) and Ben Grimm (Jamie Bell) one of the few good things about this film, but there’s no real connection between any of the other characters. Johnny (Michael. B. Jordan) and Sue Storm (Kate Mara) show no real emotion towards each other for most of the film. Not to mention Toby Kebbell’s attempt at Doctor Doom is altogether not very impressive. Their transformation into the soon to be Fantastic Four comes across more as wrong than something actually ‘fantastic’ which takes away from what should really be the most pivotal moment for the film. These actors as choices were good ones, but realistically the chemistry of creating a team out of these four just failed, and it’s a real shame as they are four actors which have plenty of potential.

The whole build up of the film to a fight scene with their villain feels almost boring, and the scene itself feels far too removed, without the crowds and applause that we’ve generally seen from many marvel films, the public are always behind them but not this time. It almost reminds you of the climax in Big Hero 6, except they did it better. The whole thing feels almost as if it’s a set up for the real film, that this is just a prelude to explain how the fantastic four came to exist, albeit a $100 million dollar prelude, to a film that now not many people want to see. The next installment is apparently in development, it would appear to most as a ridiculous idea to even consider making a follow up to a film that very few people actually liked. Unless this was a prelude to a 100 million times better film, it is not a good idea. It will be at least be interesting to see over the next year or two what happens to this film, will all the principle actors still be attached? Are they already caught in contracts that say they will appear in a sequel giving them no choice? Will they come up with a better film, or will the whole franchise now just wither and die? Or perhaps it can make a come back such as Nolan’s revamp of the Batman films after the dire attempts made by Joel Schumacher. There are way too many questions, and the problem is I’m not sure many people are really bothered what the answers are.

I wish that there were redeeming factors about this film, as I hate to jump on a hate bandwagon, but it really just did not entertain and took all the fun out of the Fantastic Four.