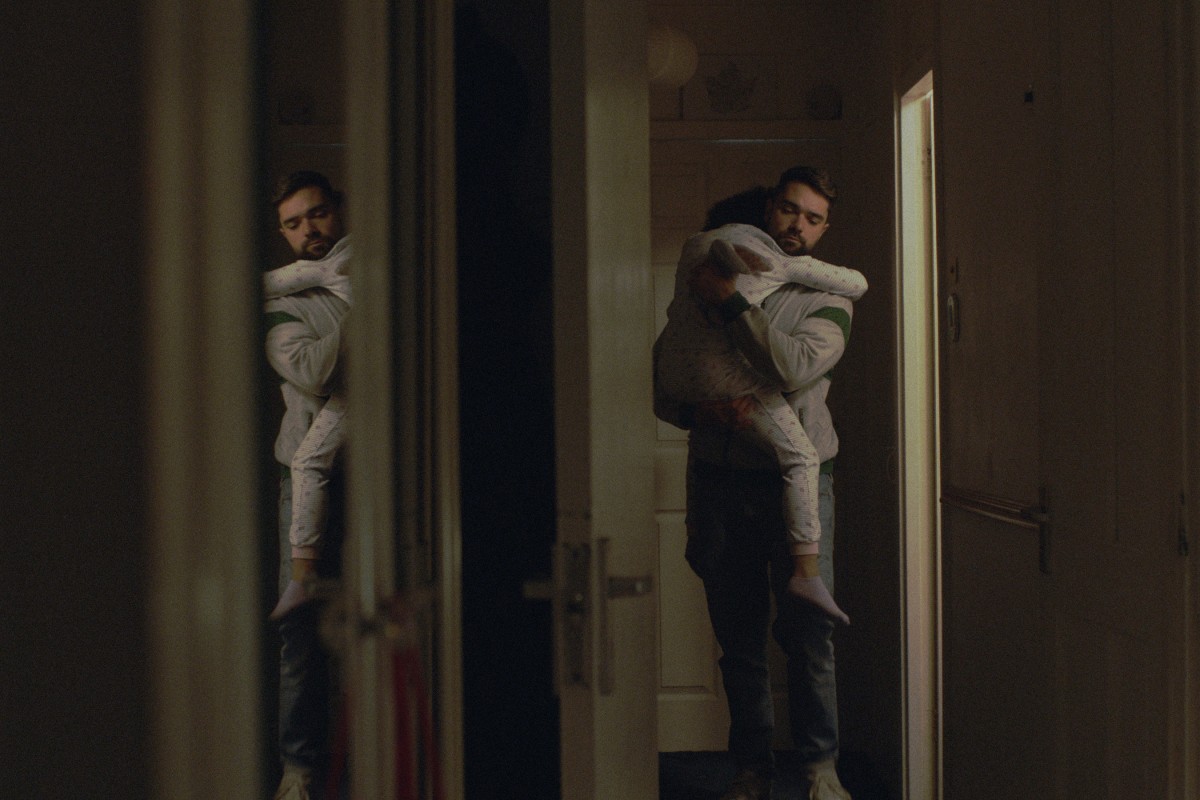 Written and directed by Harry Brandrick, a recovering heroin addict looks after his young daughter for the first time since being out of prison and getting clean. Starring: Allan Mustafa, Jamie Christofersen, Savannah Skinner-Henry and Kimberley Okoye.

When approaching recovery, most films focus on the height of the experience, the catalyst leading to sobriety and imprisonment but The Out follows what happens after that. The struggle to try and create a calm, responsible everyday life from a blank slate, and to rebuild a relationship with your family. It’s a heavy topic but Harry Brandrick approaches it in a family friendly manner. It’s surprisingly sweet and wholesome, the story is relatively simple but has a good vein of emotion. It doesn’t attempt to push too harshly on the conflict, instead evoking a much more generous and kind tone. It surrounds the struggle to provide for his family rather than the struggle of relapse.

Visually it works but hits a couple of stumbling blocks along the way. A key issue being the editing, it attempts to accent the passing of time with cuts to and from the flat but they’re so similar, or from obscured angles that it’s initially hard to tell if it has moved ahead or is still in the moment. It chooses a few odd angles throughout, and the framing could use a little finessing. The cinematography and overall aesthetic don’t entirely meet the tone or sincerity of the story, it’s not a big hinderance but it does prevent the visual from elevating the existing emotion and atmosphere.

The performances on the other hand are consistent throughout. Allan Mustafa leads the film extremely well, capturing the mix of his struggle, his love for his daughter and wanting to help others along the same path that he has achieved. He manages to build a well rounded personality to Liam in an impressively short time frame, he’s hugely sympathetic and relatable. He has a cute connection with Savannah Skinner-Henry as Sofia, they’re very convincing, and portray the need to rebuild their trust and bond. Jamie Christofersen’s performance is brief but does a lot to flesh out the story and develop Liam as a character, bringing out his admirable qualities.

The Out follows the less dramatic and harsh side of recovery, portraying one man’s attempt to do the right thing and stay on that path for his daughter. It has a family-orientated tone to reflect the themes of its story. The direction and editing can feel messy at times but get across the emotions and aren’t enticed by cheap moments of violence or temptation. It’s surprisingly sweet and Allan Mustafa does very well to create a sincerely kind and generous character in a short amount of time.