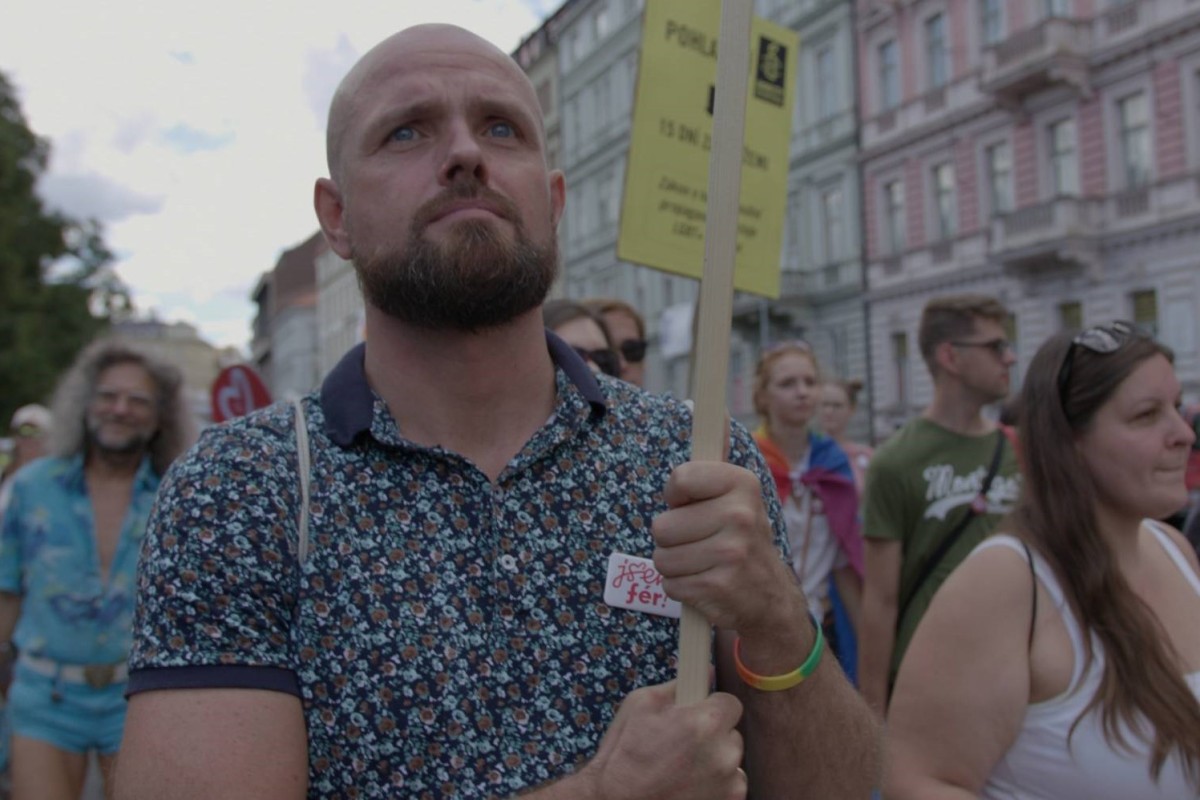 Directed by Barbora Chalupová, follows a group of queer activists in the Czech Republic as they fight for same-sex marriage to be recognised in law.

If there’s one key lesson to learn from The Law of Love it’s that progress doesn’t just happen, it takes hard, relentless work. The practically unbearable level of hate and prejudice which this group faces in their fight for equality is jaw-dropping. To see so many homophobic and egregiously insulting attitudes, from not just citizens but also politicians is horrific. That’s why it’s even more impressive that this group, and the film as a whole, manage to keep a hopeful, positive tone. They recognise the ridiculous and irrelevant opinions of these close-minded individuals and instead of taking it personally, simply fight harder for their cause.

Following a scene of homophobic protestors at a Pride parade is sadly not an uncommon sight but this film captures yet again that the queer community is not deterred. It recognises the ridiculous and dramatic thirst for attention and shrugs it off without a second thought. There’s a genuine barrage of outdated and offensive opinions within this film, and it truly underlines the sincere weakness of any case against gay marriage. Even a pure example of irony in a man saying he will always refuse service to gay people, but doesn’t want to live in a country where he’s called a homophobe, the gargantuan lack of logic that they hold is baffling. One particularly shocking opinion suggests that it’s the duty of gay people to not want to have children, because it’s selfish and they will use them as fashion accessories, when they should instead get a ‘chihuahua or a rabbit’. It shows the strenuous fight this group are waging, because when faced with such incredulous discrimination it takes a lot to figure out a way through the blockade of idiocy.

The film’s style is captivating, as well as that hopeful tone, it moves with a great pace and is edited together well. It moves fluidly from on the street moments to the governmental procedure, you get a brief but well rounded view of the country’s opinions on queer issues. There’s a lovely vibrancy to the way Barbora Chalupová tells this story, it may have a tonne of dark attitudes but it’s full of colour and energy regardless. It surrounds a charismatic and impressively patient group of people, their commitment and dedication is heart-warming and inspiring to watch.

The Law of Love captures the importance of fighting for what you believe in and for what you deserve. It’s harsh viewing to see so many people with such bigoted attitudes in today’s world, it’s a stark reminder of the homophobia that’s still widely present in many countries. However, its message and focus are clear, it’s hopeful and motivated, these people aren’t taken down by hateful words, they’re spurred on to fight harder.

Reviewed as part of BFI Flare 2022