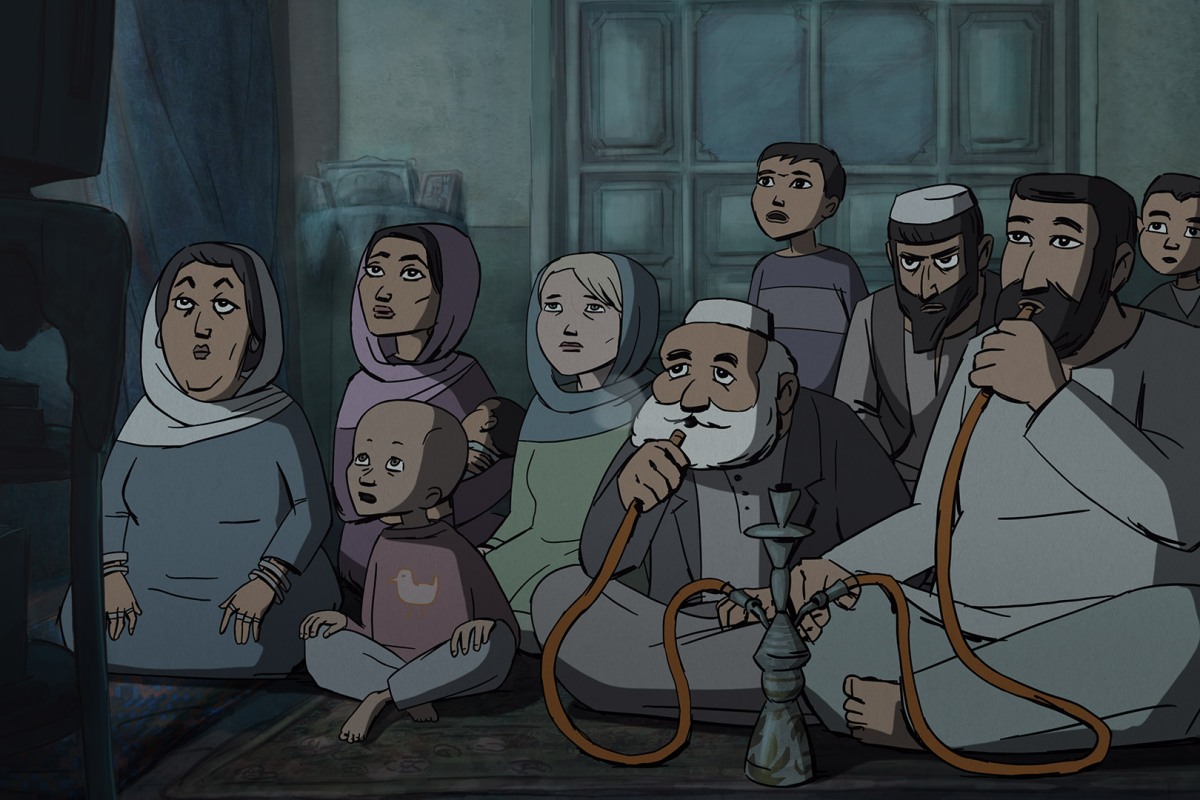 Directed by Michaela Pavlátová and written by Ivan Arsenyev and Yaël Giovanna Lévy, when Herra, a young Czech woman, falls in love with Nazir, an Afghan, she has no idea what kind of life awaits her in post-Taliban Afghanistan, nor of the family she is about to integrate into. A liberal grandfather, an adopted child who is highly intelligent and Freshta, who would do anything to escape her husband’s violent grip. Voiced by: Eliska Balzerová, Hynek Cermák, Berenika Kohoutová, Daniela Kolárová, Miroslav Krobot, Maryam Malikzada, Shahid Maqsoodi, Shamla Maqsoodi and Mohammad Aref Safai.

There’s a certain quality to animated films which make them so adept at capturing complex, deep emotions with a gentle, loving hand. My Sunny Maad is no exception, this is a particularly intense topic, dealing not only with a society of restrictive and unbending beliefs but of abuse, abandonment and cross-cultural marriage, to name a few. Early on it actually creates one of the few examples in cinema of a caring husband in an Afghan family with Nazir but it also accepts that he’s still vulnerable to the pressure of societal expectations. There’s also the wonderful character of the father in law, a position usually relegated to the most inflexible member of the family but here, he’s the protector, he’s kind and understanding. Herra herself is also a fascinating character, trying to blend into society but also retain who she is. It’s a host of compelling characters, all providing different perspectives and feeding into this moving, well-written and heart-breaking story.

The style of animation at work here is similarly intriguing, it plays into the old-school feel with the drawn styled visual but it also has a modern touch. The overall aesthetic is traditional, reflecting the themes of its story but there’s a quality to its movement and the affectations of its characters which is much more current. It has a great colour to it but never goes overly bright, instead it leans into the beige hue which befits the setting and adds accents of colour. It almost feels reminiscent of My Neighbours the Yamadas, not visually but in the tone it takes, one that’s humble, focused on its message by using simple but effective means.

My Sunny Maad creates an atmosphere that’s all about family and relationships, bringing all the tension, misunderstanding and complications that can come along with that. It’s filled with sincerely layered emotions and the cast do a huge justice to that. It’s not easy to bring that high of a level performance without a physical appearance but this is a wonderful cast, one who easily get across the severity and intensity of the scenes.

Michaela Pavlátová, Ivan Arsenyev and Yaël Giovanna Lévy have created a unique story, one that touches upon the typical sex discrimination, prejudice and abuse that we’re aware of but with individual characters and a more rounded perspective. The animation is extremely well done, both highlighting the earnest nature of the story, alongside its complexity and vast range of emotions. It’s touching and surprisingly sweet at times, with a dash of humour and overall makes a specific cultural experience widely relatable.