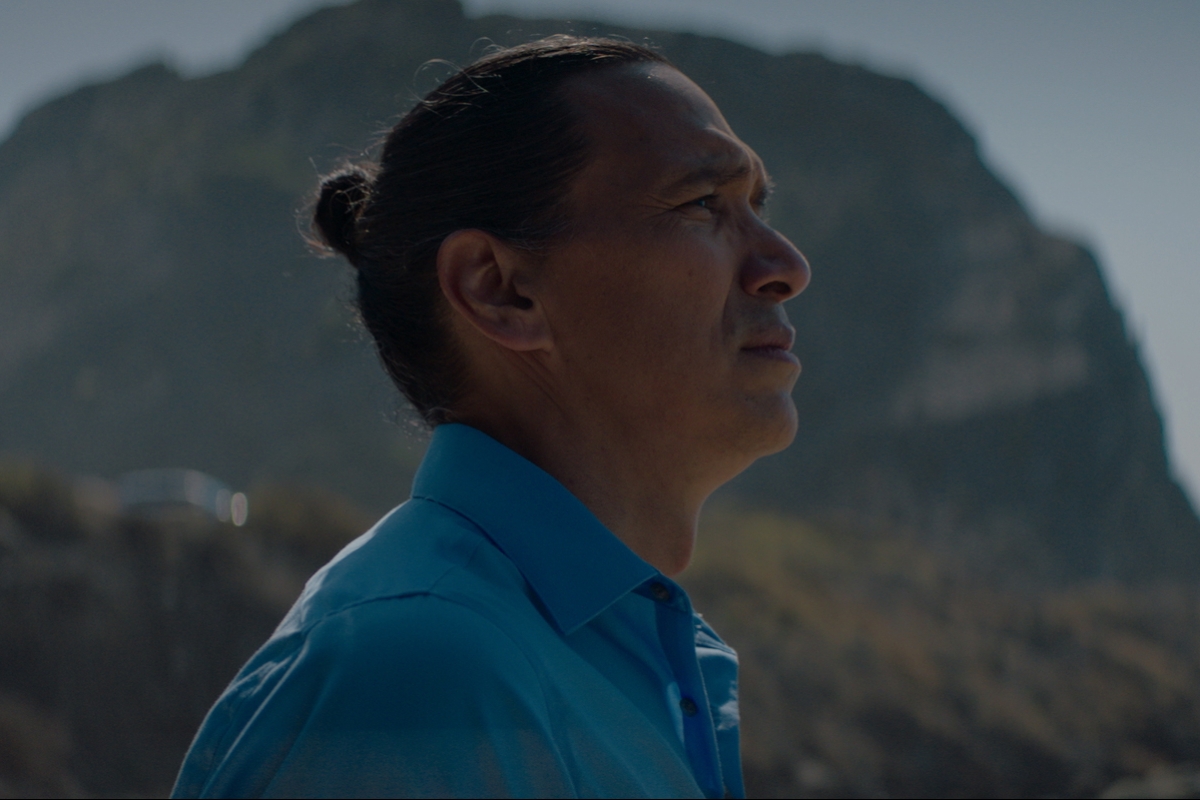 There’s no denying that there’s a dire lack of representation in cinema of Native Americans, and what there is, tends to be reinforcing hurtful stereotypes. Wild Indian is a good example of a film that breaks free from that pattern but falls into plenty of stereotypes elsewhere. The story is entirely predictable, it’s akin to an episode of a crime drama that you’ve seen many times before. It does add the new element of Native American communities but it feels like a missed opportunity to tell a more important, original story. There’s no natural progression or sincere motivation to the murderous act that kicks off this story, making Makwa (Greyeyes) feel sociopathic and sadly not in a chaotic, charismatic Patrick Bateman style but in a cold, calculated way. The entire movement of the story then feels quite unconvincing and contrived, it’s hard to invest when you know exactly where it’s going. However, it does deserve points for still managing to build a decent amount of suspense.

A lot of which comes from Corbin Jr.’s direction, his directorial skills hugely outplay his writing. It visually strikes a dark, compelling tone, holding out for the mystery which its story can never quite provide. It has a great use of natural locations and captures well the small town to big business changes to Makwa and how he uses his manipulative nature to his advantage. The pacing does work but it could be perfect if there were a few more unique elements thrown in along the way to push the story forward. It does acknowledge the unjust, racist treatment of Native Americans in a subtle manner, particularly bringing through the indifference and ineffectiveness of police in its latter moments. It’s a double edged sword in this sense, it would have been unnecessary to throw the issue in the viewers’ faces but at the same time, it feels as though its larger meaning could have taken a more dominant role. It feels as though it gave the crime element priority which underserved its intentions. If you dive more into it, you can certainly see those intentions but expecting that of most audience members is unfortunately asking too much. There was a more powerful balance to be struck to hit all the notes it’s offering.

The performances are a mixed bag, while Chaske Spencer brings a sincere emotion, in more intense moments his believability does waiver. Michael Greyeyes is extremely consistent and convincing but the writing restricts him so much he can’t bring a more memorable or original edge. Phoenix Wilson feels like an unusual choice as young Makwa, he doesn’t quite bring the right traits to sell the beginning of this sociopathic journey, making it too quick of a change from the vulnerable, sensitive young man we see. It’s a solid performance on his part, it just simply doesn’t fit what they’re trying to push. Sheri Foster is a great addition but sadly she only joins the story in its latter moments, she brings a genuine strength and presence which isn’t fully taken advantage of.

Wild Indian sadly hits far too many familiar notes to make a lasting impression. While it subtly has a lot of poignant remarks about the treatment of Native Americans, they take a back seat to an unoriginal crime drama. It limits itself hugely with an unconvincing progression in spite of a good pace and strong direction. There are some good raw elements but disappointingly they just don’t come together.