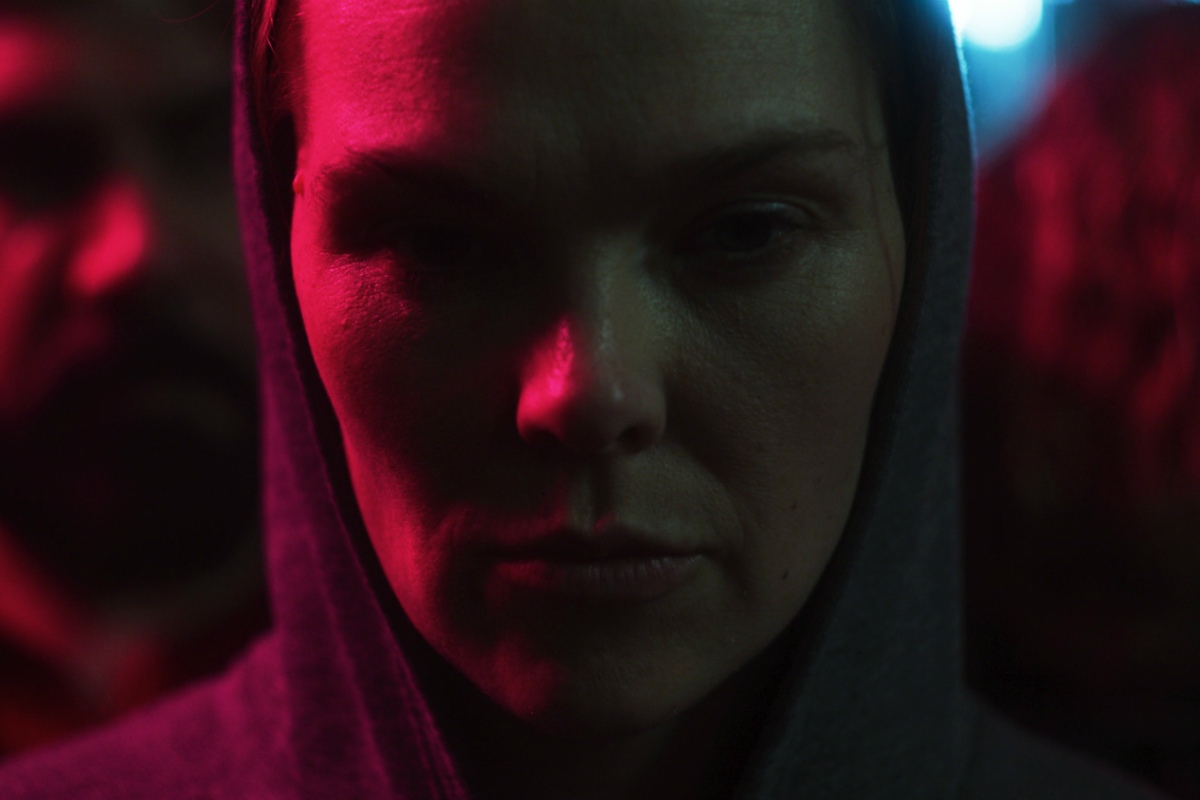 This story is split between telling that of a single-mother, loving and dedicated to her daughter, and of a complicated past with criminal ties. Firstly, it is admirable how much McCann manages to fit within 20-minutes, there’s several different elements at work with this story and thematically they’re balanced well. The story moves back and forth between them in an effective way but there is the possibility that some people may miss the bigger picture, the ending requires a certain level of attention that audiences aren’t always going to give. It could have dipped its toe a little further into explaining the full consequences of the past and present to make things clearer and potentially hold a bigger impact. With that exception, it’s paced well and despite not actually learning that much about Laura’s (McCann) character, she’s easy to sympathise with and to invest in her story.

However, trying to balance those different elements is a much trickier thing to do in tone, it starts with a very sentimental atmosphere and goes back to that repeatedly, which makes the darker, criminal aspects struggle to hit the right note. That emotional side restricts it from bringing the slick, seedy edge that the story needed, especially in its latter moments, it unfortunately undermines itself by mixing the tones too heavily. It may have been better to pull back on the saccharine to let the natural darkness to this story pack more of a punch. Although, one way that tone does come through is with the cinematography, it much more keenly reflects the criminal side to this story and feels sharp. McCann’s direction likewise is well done, with the help of Dominick Sivilli’s editing, it moves swiftly and briefly brings through a classic training montage that’s satisfyingly reminiscent of memorable moments in sports cinema.

McCann does just as well in front of the camera as behind it, there’s an easily relatable quality to her character and a charm that’s very natural. She’s convincing as both a boxer and a loving mother, which aren’t easy things to pull off simultaneously. There’s a great supporting cast behind McCann, including Jack Mulcahy who gives an authentic performance as one of the Irish Mob, which is impressive given how often roles such as this feel overdone or clichéd. Molly Gazay provides a sweet singing voice, while Nora Sommerkamp provides a classic sparring partner with Princess, a Russian underground fighter.

Girl Boxer is a sharply shot family crime drama. McCann does well on triple duty, acting, directing and writing, providing a heart to the film but also a convincing strong presence. It could have embraced the darker side to its story more strongly to balance out the very sentimental tone it sets, as the two don’t work together harmoniously but it does still work. The story has managed to cover a number of different layers within a surprisingly short amount of time and it’s a story that has a certain charm, ending on a note that leaves its consequences to your own imagination.