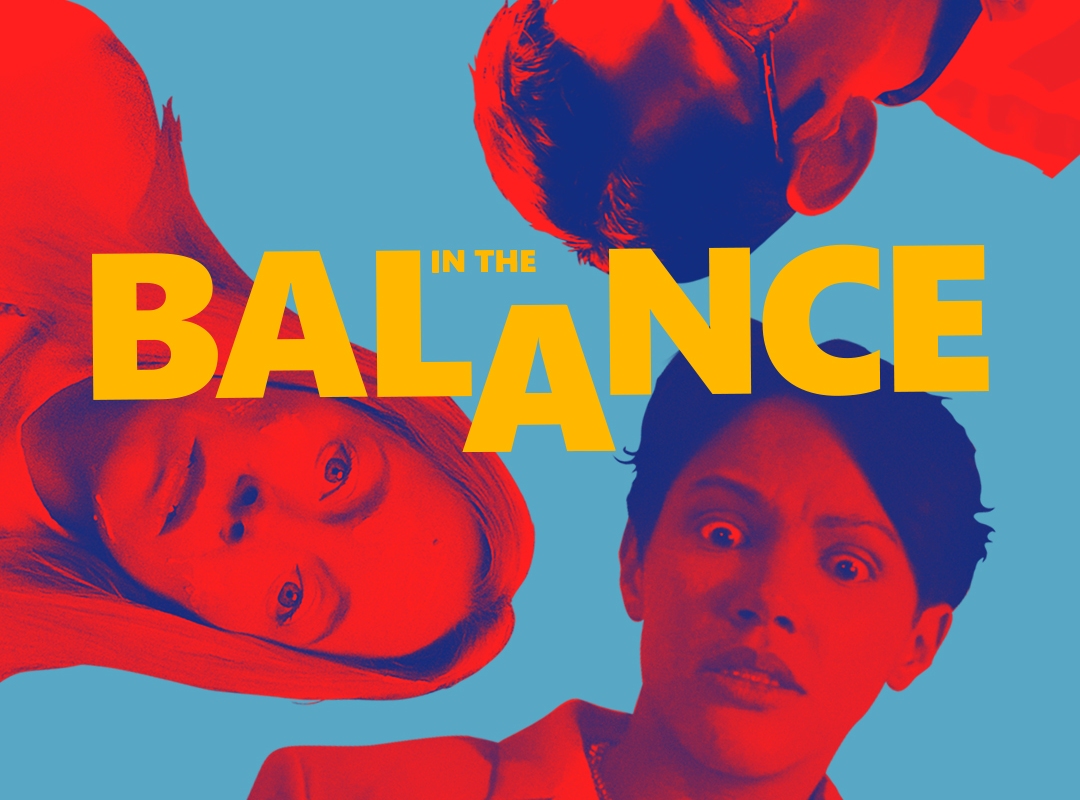 Directed by Marley Morrison and written by Jess Bray and Daisy Allsop, Lisa, is hanging in the balance as she juggles her home life while unlocking a work mystery at her first day in a new job. Starring: Lily Frazer, Alexandra Moen, Amit Shah and Seb Cardinal.

You firstly have to acknowledge that yes, this series of shorts was made by Microsoft Surface as a way to show the different applications of their new Surface Duo so there’s undoubtedly a commercial edge to these stories. However, that’s not a negative, they chose to highlight their new product by giving talented Brits the chance to show off their gifts and create something that serves a dual purpose of showing off the tech and being genuinely funny. It’s a treat to see a company try something new, to not be so intensely focused on the product that the content is a bore, instead balancing that out and successfully finding a new way to explore the uses of their product. Although not all the tech you see is theirs as understandably, they haven’t quite created a handbag which allows you to store its contents in another dimension.

Marley Morrison’s debut feature Sweetheart has not been officially released as of yet but it’s a sincere show that they’re part of a new wave of British talent, bringing a fresher voice to the screen. If this mini-series did nothing else, it would be worth it to showcase their skills, it’s an interesting challenge to bring a sincerely fun feel to a project like this but they achieve it easily. There’s a great pace and movement to the direction, often when using devices a lot it can feel very restricted but there’s a real fluidity to it which is satisfying to watch. There’s also a fantastic use of colour, the visual feels consistently sharp, bright and modern but with a dash of flair stolen from a 70s edge with the interior aesthetics.

One of the elements that pushes that smoothly flowing feel is Lily Frazer’s utterly charming and natural presence, she feels entirely relatable while creating a portrait of modern working mums. She’s absolutely effortless to watch, the shorts entirely surround her character and following her through her busy life and she has such a wonderful energy that you can’t help but want to see more. You will most likely recognise her from her recent appearance in Saint Maud but she’s also appeared in several theatre productions, she’s a hugely talented actor who’s paid her dues and hopefully she’ll become a bigger fixture in British film. Alexandra Moen is reliable as ever here, the eccentricity she brings to her character feels almost reminiscent of Toni Collette in Knives Out but a touch more grounded and a tad less vain. Similarly with Amit Shah who has become quite a regular in British comedy, he’s lovingly nerdy and fun to watch.

The real surprise here is the writing, Jess Bray and Daisy Allsop may not be household names but they’ve shown here that they can bring a sharpness, sarcasm and superbly British sense of humour that hopefully we’ll see more of. It has that great quality of throwing unexpected lines that catch you out with a laugh, some of it you can see coming and some you can’t. There’s a nicely cheesy edge to some of it that fits in well with the working from home setting, but it does feel self-aware of that tone. The progression of the shorts also works extremely well, bringing through an edge of mystery that genuinely has a lot to add. Also, each of the characters feel well constructed, they have very individual personalities. It’s a bonus to see them portraying such strong, intelligent women who are extremely capable in a crisis, both with work and kids.

In the Balance is a fantastic example of how to bring creativity into the commercial process, in a similar fashion as filmmakers use shorts to give you a taste of a TV show or feature, they show you their product. It’s made in Peckham, filled with British talent and filmed in just five days, Morrison’s direction is colourful and sharp, Bray and Allsop’s writing is witty, fun and inventive. Microsoft may be trying to show you the advantages of their Surface Duo but other companies should take note that instead of putting out the same boring content, you can find new ways to showcase your product that benefit not just your company but also local grown talent.

You can check out all five episodes for free on YouTube