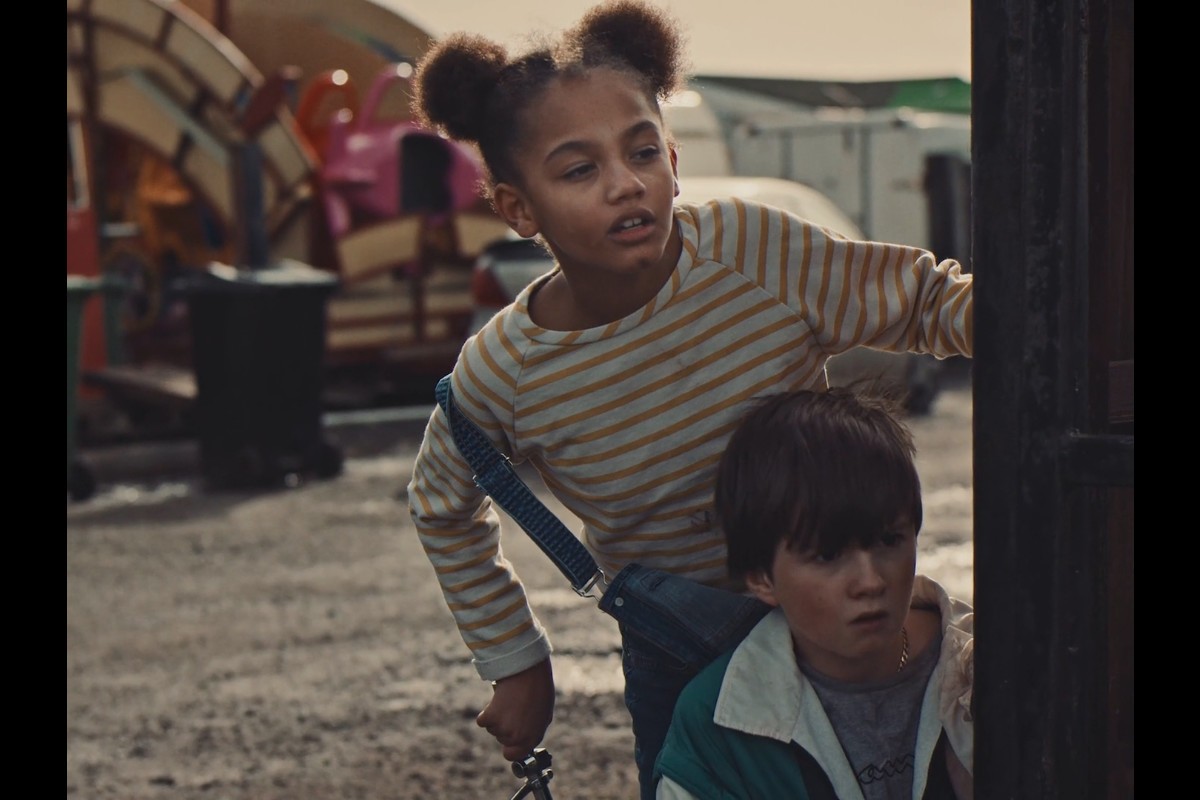 Written and directed by Vasco Alexandre in his debut short film, and co-written by Billy King a 9-year-old from an abusive household builds a new home for herself in a scrapyard nearby. Starring: Elle Atkinson, David Price, Caroline Lazarus and Jermaine Ricketts.

As the film opens, its aesthetic gives off a 90s feel, the colour palette feels nostalgic with its edge of grey and the atmosphere is almost like mixing the This is England series with films like Bridge to Terabithia or Terry Gilliam’s Tideland. It blends reality with an edge of imagination, the whole thing feels very much as though it comes from Ellie’s (Atkinson) perspective, it takes in the darkness of its story but there’s an edge of naivety and lightness to it. That childlike view is captured very well by the direction and Alexandre’s choice of shots impressively don’t sacrifice good framing to achieve that.

It’s also something that permeates the way the story is told, particularly in its exploration of abuse, which has both advantages and disadvantages. It works in the sense that it shows it through her eyes and captures the experience of a child in that situation and their interpretation of it, however it also restricts itself from having a more sincere feel. That childlike perspective means it can feel somewhat stereotypical and struggles to hit a more authentic, moving note though the intention is certainly there. The quieter moments where the visual is left to speak for itself actually do a good job of bringing through the emotion of the story and it may have hit harder to let it speak for itself rather than using the dialogue. The overall format to the story however is well chosen, it makes the most of its runtime and paces itself out well to split between home life and Ellie’s friendship with Pete (Price).

Elle Atkinson and David Price as Ellie and Pete are a sweet, slightly cheeky, friendly duo to watch, the two give great performances for actors so young and they’re entirely convincing. The friendship that they build is extremely natural and they play off of each other very well with a little banter and sibling like chemistry. Caroline Lazarus as Ellie’s mother Lisa, doesn’t get a huge amount of time to really make an impression but in the final moments she brings through a very touching aspect to her performance that rounds out the story well and is one of those instances where that visual speaks for itself and she doesn’t need to say anything.

Yard Kings is a sad yet sweet story told through the eyes of a child, at times it struggles to hit a more sincere note but it consistently stays true to the perspective and tone that it’s creating. The visual style is strong, the choice of colour and movement matches its story perfectly. This is an impressive debut from Vasco Alexandre.