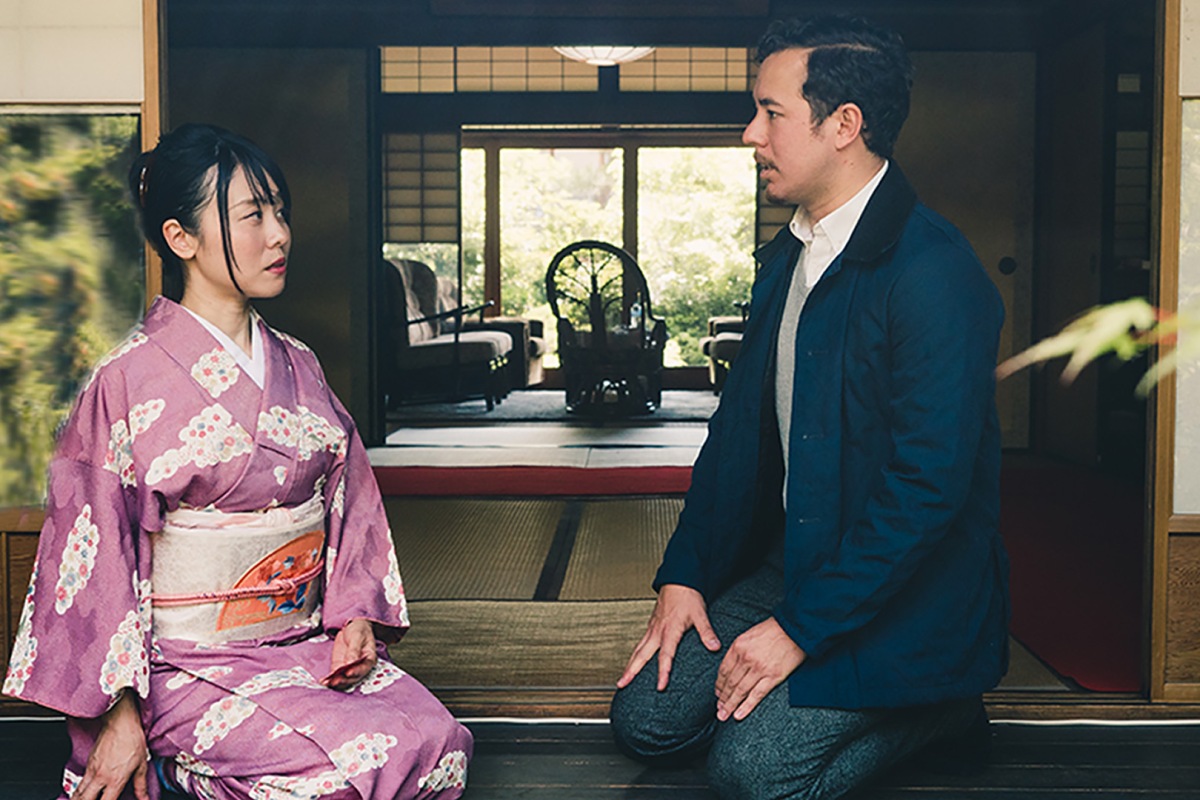 Written and directed by Felicity Tillack, the story of a traditional, Kyoto woman who runs a failing, kimono business and the biracial entrepreneur who comes to help keep it solvent. Starring: Yukiko Ito, William Yagi and Kazuya Moriyama.

Opening up on a black and white shot of a confused elder gentleman standing in the street, it doesn’t give itself away quickly but as you dive deeper into the film, the meaning of that opening interaction becomes much clearer. The strongest theme that the film tackles is our connection to different places, heritage and how you fit in, the characters of Yuki (Ito) and Hayato (Yagi) bring together two very different perspectives. Yuki’s story is one of fierce tradition and ancestry, she’s dedicated to continuing the matriarchal legacy of her family but it’s caused her to experience very little of what life has to offer. Hayato has never really found his place to call home, being both Japanese and Australian but accepted fully in neither country, he has a constant struggle with uniting the two different sides of his personality and ethnicity. It’s very interesting to see these themes explored in such a humble, sweet and down to earth environment, it’s not a huge discussion on race and politics, it’s simply two people sympathising with one another on the pitfalls of their individual upbringings.

The writing has a very romantic edge, it’s sentimental and quiet which certainly works in bringing through a modest drama that focuses on its characters. However, it does also feel like that atmosphere of humbleness slows it down, the progression moves at quite a pensive pace, there isn’t really that much happening and there are times where a scene lingers longer than it needed to. Considering the film as a whole, the journey to get to start to finish could have potentially been achieved more effectively, speeding it up a touch and letting the story explore a little deeper or add a bit more energy and variety. Although the story as is does have some interesting questions to ask about changing societies, attitudes and relationships, which it achieves in a very relatable fashion.

Tillack’s direction does feel as though it was influenced by the photography vein of the story, at times the camera movement takes on a more tourism edge, which takes away slightly from the story’s atmosphere but undoubtedly displays the incredible visual that Kyoto has to offer. There are a few effects thrown in here and there which have a similar result of stepping outside of the otherwise consistent tone that the film sets. For the most part the style feels like that of a romantic series, the relationship that it builds between Yuki and Hayato could easily lend itself to an episodic format.

Ito and Yagi easily build that classic “will they, won’t they” vibe, it’s a very familiar beginning to a relationship, finding someone’s attributes irritating only to realise that how different they are, is why you’re intrigued by them. They both give natural performances, they’re easy to watch and there’s a sweetness between them but there isn’t a stand-out edge to either of them, they’re ticking the boxes but neither of them push it any further, although granted that is difficult in a very humble story. It sticks true to the traditional values of Yuki’s upbringing which doesn’t allow for a lot of overt emotion, something that’s automatically expected in western cinema.

Impossible to Imagine is a sweet, humble and earnest exploration of multi-culturalism and heritage. It feels like it could have been tightened up slightly with a few unnecessary additions and that the story could have stepped outside of the rather small box that it built for itself but it’s easy to watch and a modern window into the remnants of an extremely traditional society.

Out Now on Digital & Prime Video