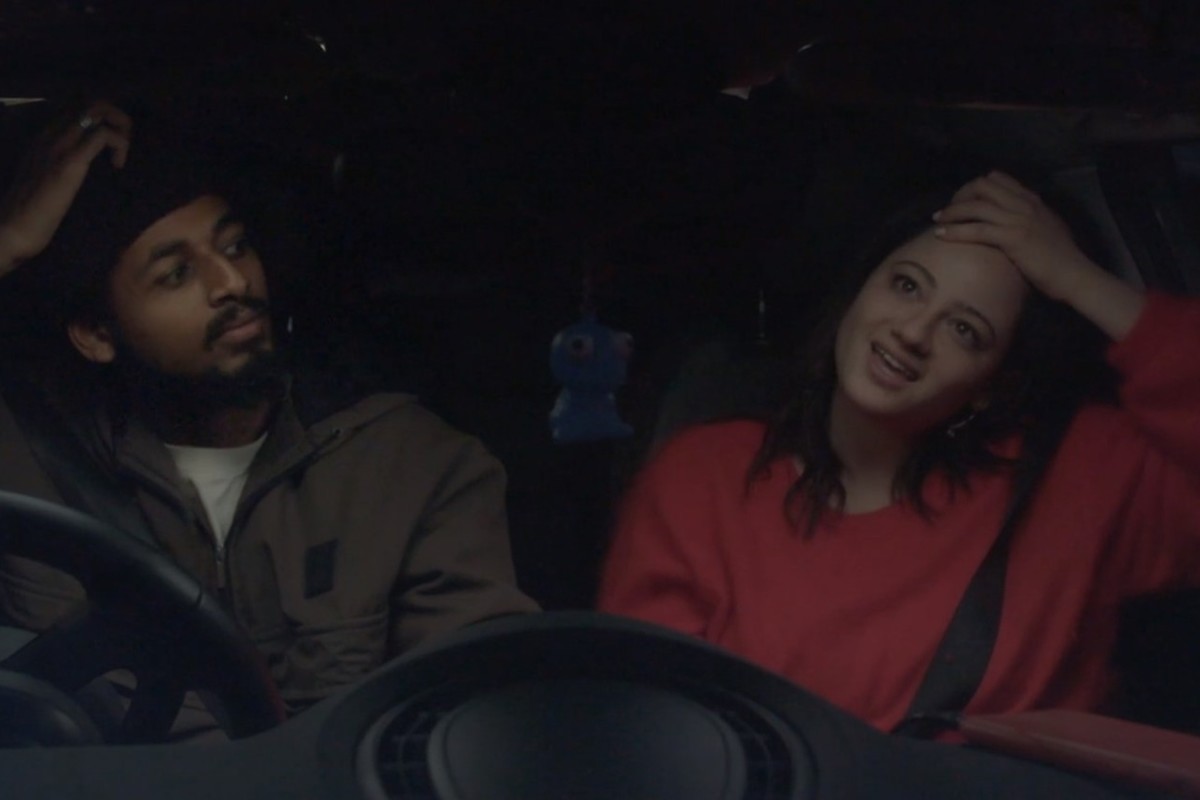 Written and directed by Dan Daniel, co-written by Avigail Tlalim, a couple are forced to confront their commitment to each other when it’s brought up at the drive thru.

The sign of a good film is that it can choose a singular, restrictive setting to use for the entirety of its run time and never take anything away from its story, that’s what Daniel achieves here. The choice to keep it so simple works perfectly with the story, not allowing any interference from the surroundings, you can’t see anything other than its actors, forcing you to give them sole focus. It works to a surprising degree in that you’d imagine the rain on the windows would take away from it since you can’t keep an entirely clean visual but it simply adds to the realism and relatable tone.

Its opening is fun and energetic, it perhaps even has a stronger impact in the current world with rampant cravings for social interaction. The writing then takes it a step further and immediately creates a layered feel to it by introducing a touch of tension which then grows throughout the film. It opens up a very modern conversation about relationships and polyamory, as well as the pitfalls and complications of dating in today’s world. It also discusses the idea of how being polyamorous does require a certain mindset, it’s difficult for a lot of people to get around the concept of one relationship not taking from the other, while for others it feels entirely natural. The writing is utterly relatable, creating convincing characters in a natural situation that’s captivating to watch.

Avigail Tlalim and Michael Workeye playing the couple in question, have a wonderful chemistry, it’s very easy-going and natural, and when things turn for the more tense it’s a smooth change. Workeye does really well in bringing through his frustration with the situation, the classic changes to body language, the tone of his voice becoming slightly more curt and the choice of phrases shortening. Tlalim then brings a scrambling for the right words, trying to explain something that’s complicated and yet to her character, it’s entirely simple and she brings through a well played awkwardness that feeds into the tension. The two of them together make a couple that you’d happily watch, they’re charismatic and playful but can carry off the drama just as easily.

Sauce is funny, relatable, tense and reflects a very modern experience. The choice to use a single shot throughout is a very successful one, it forces your attention purely to its actors and brings through a personal, intimate tone. Tlalim and Workeye give energetic and charismatic performances, as well as having bundles of chemistry. It’s a simple but effective style mixed with a layered and relevant story.