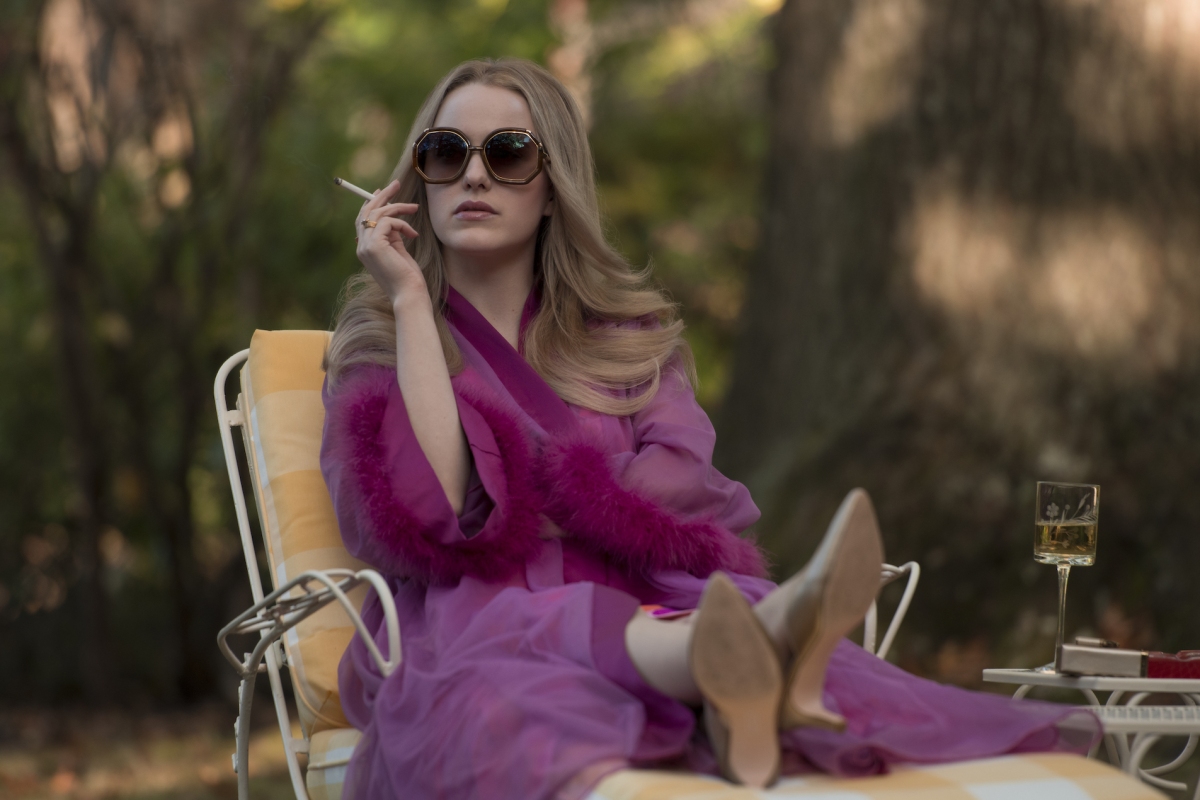 After the smash hit of The Marvelous Mrs. Maisel, Rachel Brosnahan has proved beyond a doubt that she can hold a lead with sparkling charisma and sharp wit so hopefully there are much more feature roles in her future like this one. Brosnahan has an utterly likable quality, she effortlessly creates a sympathetic and relatable edge to Jean, which is only amplified as her situation becomes more tense. She’s simply enjoyable to watch and put in yet another period setting, she flawlessly fits into the era, partially due to the brilliant costume work but she’s such a natural presence that she could likely make the film entertaining, no matter what happened. However she has a great duo of support in the form of Blake and Kene, the two of them don’t share too much time on screen together but individually they each bring very rounded personalities and qualities that help to bring out different sides of Jean. The chemistry between the three of them is lovely to watch, it’s very generous and kind, especially when you’re then throwing in the trio of babies who play Jean’s son Harry, it pushes the sweet side of the film to just the right level.

Whereas a film like The Kitchen may have taken a female-centric 70s crime story in a slightly darker more violent direction, I’m Your Woman focuses much more on the family side of things, the criminal activity may be a clear driving force for the story’s progression but it’s much more about how Jean adapts and survives as a result. That choice is both a positive and a negative, it allows a charming and touching story to come through and while the danger element does add to the tension and push the story forward, it’s missing out on something more explosive or surprising. It will likely open itself up to some viewers not entirely satisfied with the speed, focusing on that dramatic side does slow things down, it’s not all excitement and gunplay, but so long as that expectation is curbed before viewing, it should make for an enjoyable watch.

The direction, cinematography and soundtrack all go hand in hand to create that 70s aesthetic and atmosphere, there are some very recognisable hits used to emphasise scenes that work exceptionally well. Hart’s direction does follow that dramatic tone while factoring in the criminal element, it adds a touch of action to its family-themed story, although it doesn’t necessarily stand out in the crowd of 70s set films. However, there are certainly bonus points for the number of scenes that are framed perfectly to highlight the baby’s expression which adds humour and heart to the visual, it’s almost worth watching for the adorable factor alone.

I’m Your Woman ticks a box that a lot of recent films have struggled with, it’s genuinely entertaining. It might not knock your socks off but finding a film that you can just sit back and enjoy has become more of a challenge as of late, with projects often aiming too high or trying to do too much at one time. Brosnahan is unsurprisingly charming and charismatic, her struggle to adapt to motherhood is entirely relatable and she has a wonderful resilience despite her previously sheltered existence. Blake and Kene are superb, the three of them together make a fantastic team who are highly enjoyable to watch. Julia Hart brings a dependable, consistent quality to her films, as well as focusing on female-led, diverse stories and hopefully we’ll get to see much more from her.

Out Now on Prime Video