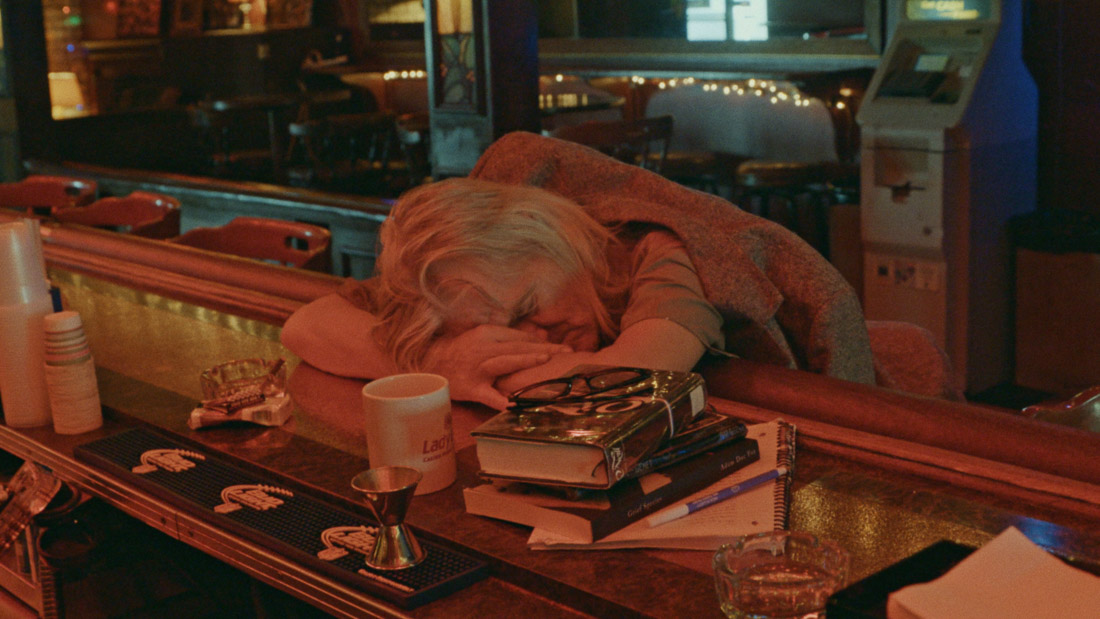 Directed by Bill Ross and Turner Ross, a look at the final moments of a Las Vegas dive bar called ‘The Roaring 20s’. New friends are made in this last chance saloon, where the locals prop up the bar, along with each other but where does authenticity start and stop in the ways we get to know one another and the personas we perform?

One of the strange things about this documentary is how it plays with the truth, being semi-constructed rather than entirely natural; it’s set in Las Vegas but shot in New Orleans and ‘The Roaring 20s’ bar that’s being shut down, is in fact still open. The subjects featured in the film were interviewed and casted, it was also filmed over two eighteen-hour days rather than one night. It creates the ultimate dilemma of is it less authentic because of that? Or does it in fact make it more incredible how real it feels and how instinctually these characters jumped into bare-faced, vulnerable conversations like they’d all known each other for years? That’s something you’ll have to decide after watching but it’s likely that viewing experiences may differ depending on whether you were aware of not of its ‘semi constructed’ style.

Ignoring all that and just taking it at face value, there’s a very charmingly casual way to the style that it’s shot, it moves around the bar like one of its patrons, capturing brief snapshots of conversations between each group of people, so you can almost feel like you’re there. There’s a very freewheeling structure to the way they shoot these characters, it moves back and forth like a story and gives off a growing intensity coming from the possibilities and risks as the alcohol takes a firm grip on their minds. It’s something akin to the guilty pleasure of people watching, observing behaviour at a rather intimate, vulnerable time, which makes it surprisingly compelling because these characters are leaving everything out on the table, maybe too much at times.

Bars, pubs, wherever there’s a flowing river of alcohol you’ll always find a diverse group of people and that’s certainly what you get here, no one of them is alike. The one thing however that they all have is common, other than being entirely drunk although it’s likely a contributing factor, is their honesty. The brutally frank conversations that some of the bar’s inhabitants dive into are genuinely touching, it’s a cross-section of society but a reminder that we all have similar problems at the end of the day and don’t want to feel like we’re invisible or don’t matter.

Bloody Nose, Empty Pockets is surprisingly compelling, painfully honest and down to earth. Its semi-constructed basis may skew the opinions of some but they created an atmosphere to observe people as they drink, dance and talk and just let the cameras roll to capture something frank and intensely relatable. It’s the simplest of ideas to just watch people as they become more open and honest with every drink and it maybe can’t quite hold its own for its entire run time but it’s charmingly casual and easy-going with a lot of unexpected emotions.