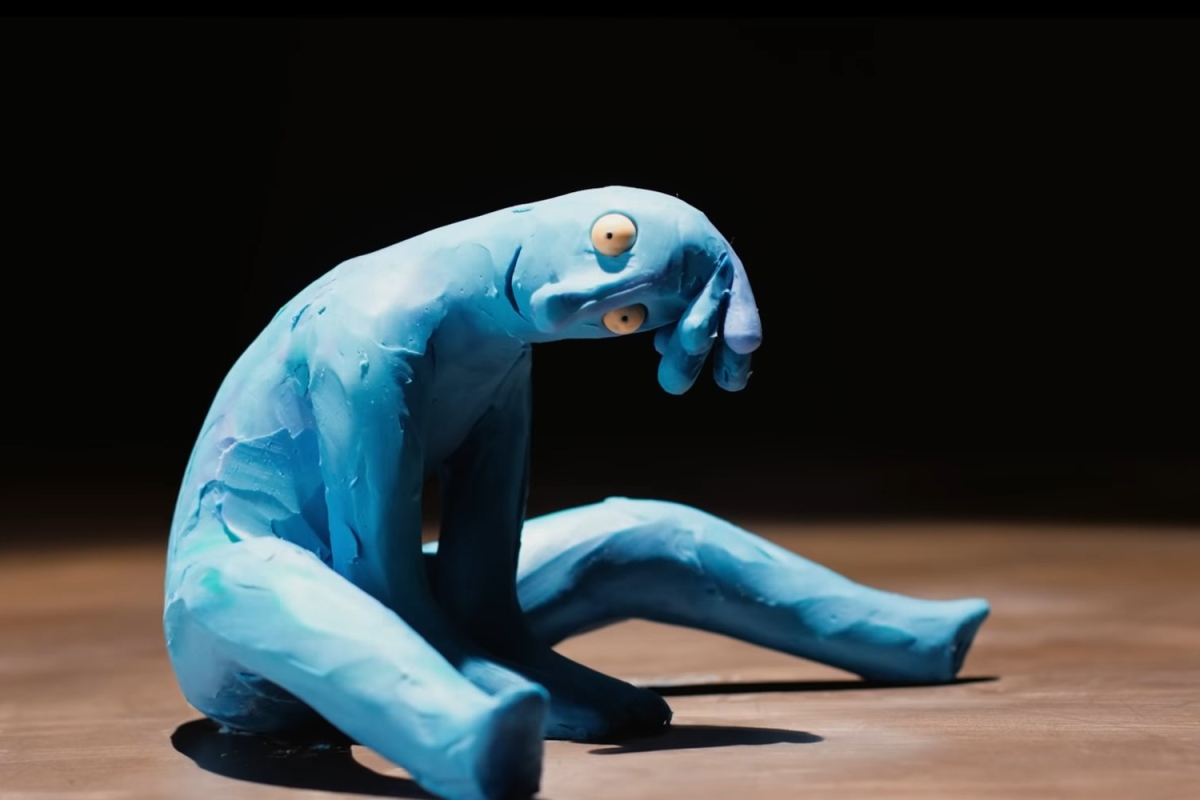 Written and directed by Veronica Solomon, a metamorphic creature will stop at nothing to impress the unseen audience and avoid their dreaded silence.

Stop-motion is a never-ending source of entertainment, it’s been around for over a hundred years and yet the knowledge that what you’re watching has been made by filmmakers painstakingly taking the time to capture each individual frame, never gets old because it requires such a sincere dedication. It’s certainly easy to see the effort that went into making this short given the incredible range of flowing movement that Solomon manages to capture, it’s almost hypnotic watching the fluid, smooth agility of the creature. It’s made even more impressive with the flawless transitions from one style to the other moving from an initial almost circus style of entertainment, through interpretative dance, gymnastics, martial arts and to its final creature that’s a blend of man and bird. Each transition is done in a different manner to match the next stage of the story and it’s transfixing to watch each seamlessly change into one another.

Potentially even more impressive is the depth of message it manages to impart without a single word of dialogue, the use of crowd noise mixed with the physical reactions of the creature sends such a strong story about self-identity and a need for validation. As it changes in an attempt to please its unseen audience, you see the breaking down of its character, constantly changing to seek their approval causes it to gradually lose its sense of self. The creature practically pulls itself apart to try and find the next version that will please its audience, being a very apt physical demonstration of gradually losing what parts of yourself are sincere, hidden under a depth of attention seeking appeals to social norms and trends. It’s a particularly relevant message in today’s society with new generations having their perspectives shaped by this new form of popularity and a heightened need for approval and validation from anyone and everyone.

Love Me, Fear Me is a surprisingly poignant story, told in a mesmerizing style that is extremely impressive with faultless transitions and a beautiful style that entirely juxtaposes with the idea of it being simply made of clay. Everything that Solomon achieves with this film is full of creativity, inventiveness and keen observation, it will be extremely interesting to see what she does next.

Watch it for yourself below!