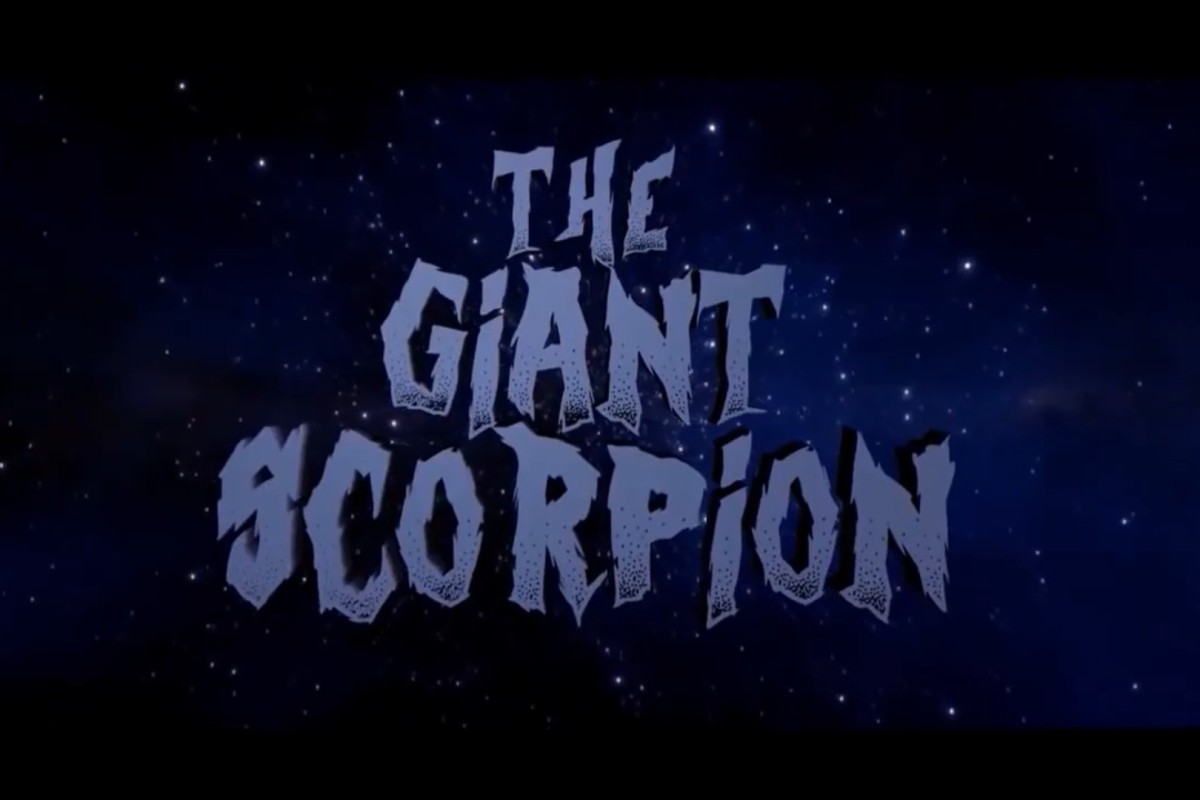 Directed by Andrea Ricca and written by Ilaria Lamberti, an unsuspecting a young woman (Lamberti) sleeps peacefully as outside of her house a meteor falls to Earth, landing on a scorpion and turning it into a giant.

There are some films that do what they say on the tin, as the saying goes, and this is one of them, a giant scorpion is exactly what you get. It quickly sets a tone that feels like a throw back to 80’s indie horror, with a tinge of the older as it pays tribute to 1957’s The Black Scorpion. It plays on the nature of classic horror, with a simple story of woman versus monster, horror often loses audiences in modern films through convoluted stories so it’s interesting to see a film taking it back to basics, while using effects that could only have been achieved in recent years.

With zero words spoken in this film, and Lamberti playing the only character (depending on whether you count the scorpion) her entire performance is reliant on her reactions to her sudden change in situation to the dangerous and horrifying. One of the great things about it, that doesn’t call back to classic horror, is that her reaction isn’t ridiculous and endless screaming, having every woman’s reaction be screaming at the top of her lungs is thankfully mostly a thing of the past. You get that initial moment of terror then you can see her start to think about what her next steps will be, there’s enough emotion but not too much, it strikes a nice balance.

Given that there’s only 4-minutes to establish her character, the writing has a nice few touches to give her some personality, the copy of Fangoria being especially relevant but it’s most interesting that she’s a woman who has both a hatchet and a samurai sword in her home. Any woman that has weaponry at hand is one that it’s easy to be incredibly curious about. Another way that it throws back a few decades to its horror colleagues is not taking itself too seriously, there’s a vein of comedy sitting astride the horror. It comes through with a few glances, a surprisingly protective pillow and its extremely well chosen ending, while giving nothing away it’s very relevant, funny and actually has quite a good point to make. The effects work is solid, it works really well, there’s a good level of detail and has a decent dose of believability, partially because it does a great job of capturing the movement of the scorpion. The direction and editing fit smoothly to never rest too long on one shot, to keep it moving and ensure that danger and threat stays ever present throughout.

There are a couple of areas for improvement, which mostly boil down to the score and colour grading. It would have elevated it to have a score sitting alongside the visual that really pushed on the notes of suspense and danger, as it stands it feels fairly generic, there’s nothing to make it stand out or feel like it’s genuinely a part of the action. The visual is also slightly too dark, of course a fair amount of darkness is expected given the setting and timings but it unfortunately loses a little of the detail and definition at various moments.

The Giant Scorpion does exactly what it sets out to do, it’s a quick but well written story of woman vs monster. Lamberti manages to give her character a surprising amount of personality despite never saying a word, there’s also a nice sharp dash of humour that honours both the past and the present. It’s a great homage to classic indie horror while taking advantage of modern effects.