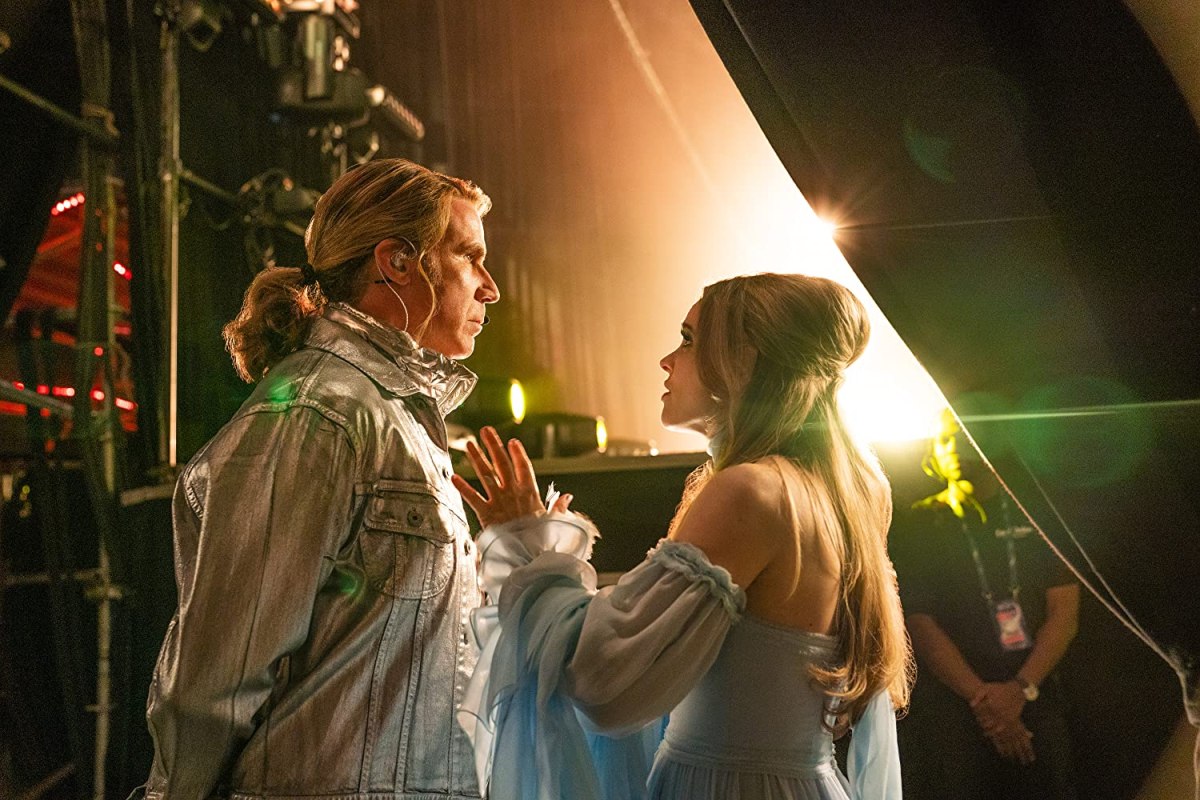 Directed by David Dobkin, written by lead actor Will Ferrell and Andrew Steele, aspiring musicians Lars (Ferrell) and Sigrit (Rachel McAdams) are given the opportunity to represent their country at the world’s biggest song competition, they finally have a chance to prove that any dream worth having is a dream worth fighting for. Also starring: Pierce Brosnan, Dan Stevens, Ólafur Darri Ólafsson, Melissanthi Mahut, Jamie Demetriou, Natasia Demtriou and Alfrun Rose.

With the state of the world as it is, this is exactly the type of film that’s needed, light-hearted entertainment but that need doesn’t blind you to its faults, so it’s probably best to get them out of the way first. It’s undeniable that the run-time is indulgent, something that seems to be common with higher budget Netflix projects, it easily could have cut 20-minutes and it would have benefited from tightening up the plot and enhancing the pace. That extra time accounts for a lot of the tangents that the film takes, there are a few elements that aren’t necessary and make the focus a little messy. Then there’s Pierce Brosnan and his past the point of funny and well into the territory of awful accent, he’s pretty much useless in this role, he’s a fine actor but he was completely unnecessary. Whereas throwing in Demi Lovato was a nice touch with it being a film about music, Brosnan doesn’t have anything to add but a cringe-worthy presence, that could have easily been filled by an actor actually from Iceland. There’s also an issue with including cameos of past Eurovision entrants, while it’s a lovely thing for them to have done, it’s unlikely that a lot of the audience watching will be familiar with them, so it will possibly be lost on a lot of viewers, it could have used a little context for those unaware to cement its effect.

However, easily the strongest element of the film by far is Rachel McAdams, her performance in Game Night was an all-time highlight and now she has cemented that she needs to take more lead roles in comedy because she’s so brilliantly funny. She’s a pure joy to watch and despite the fact that on paper pairing her romantically with Ferrell sounded nuts, she makes it work beyond question and the two have a great chemistry. This is pretty much the type of performance we’ve come to expect from Ferrell, he’s utterly dependable no matter the film and he’s an expert at this type of role so it’s hard to more strongly appreciate it when audiences are so used to seeing him succeed. Although perhaps the only surprising thing about his performance is that he’s quite suited to long blonde hair and can pull off some very strange outfits. Of course, the other member of the cast that many are going to talk about is Dan Stevens and his Russian pop prince, there’s nothing to not enjoy with this one and it’s nice to see him diving into a fun role, having often found himself in darker projects. Special mention has to go to Natasia Demetriou, sadly she doesn’t get much time to shine here but the moments she does have are unsurprisingly strong, hopefully after her breakout with What We Do in the Shadows, we’ll only be seeing more of her from now on.

There was a choice for the filmmakers, whether to go full parody with the music or not and be thankful they didn’t because they provide a balance of funny and actually terrific songs. It’s deceptive opening with ‘Volcano Man’ which fits with the comedy but then it slowly increases the quality with each song; ‘Jaja Ding Dong’ may initially seem absolutely ridiculous and silly but it will get stuck in your head. Gradually ending up with ‘Double Trouble’ which is surprisingly catchy and then ‘Husavik’ which is genuinely just a great song, granted it’s knocked down a peg by adding Ferrell’s voice but then it wouldn’t serve the film if they didn’t take it down slightly. It’s a fantastic mix of music that perfectly reflects what the film is going for and adds a huge dose of quality to the film. Not to mention that all of it is supported by a great score from Atli Örvarsson who provides a jaunty, adventure style sound with plenty of sentimental tones.

It’s not entirely surprising that this film is already divisive because it’s extremely offbeat, they may make a fantastic pair to watch but they’re undoubtedly an odd couple, their personalities are unique and may simply not work for some. It’s a shame that a lot of people might not be able to enjoy their strange natures but their blend of naïve, positive and determined, is incredibly sweet, they’re peculiar but lovable. The comedy is not a hundred percent consistent, there are some lags here and there but it has plenty of surprises to throw in and it fully embraces the slapstick nature that it’s going for, a more classic, simple sense of humour. It’s a little clumsy at times but that doesn’t change the tone of something that’s intended as entertainment, it’s not trying to be political (with the exception of one joke about Russia) or deep, it’s just trying to give you a good time. It takes aim at what is simultaneously enjoyed yet relentlessly mocked, Eurovision is a phenomenon that no-one can really understand so this film tackles a parody of it from the perspective of Americans. It holds onto the concept and process of the contest then exaggerates the aspects that any new viewer would be baffled by, it well captures how inexplicable it is and how increasingly unbelievable it gets each and every year, with the theatrics turned up to eleven.

Eurovision Song Content: The Story of Fire Saga sets out to make a film that you can sit back, relax and simply enjoy, filling a need for light-hearted entertainment and that’s exactly what it does. Many may not gel with its offbeat comedy and peculiar nature but for those that do, it will provide a much-needed brief respite from the world’s current troubles. Trying to capture the insanity that is Eurovision is a tall task and while Dobkin’s take may be indulgent and clumsy at times, it does a brilliant job of instilling the spirit of the contest. McAdams is a joy to watch and has proven how talented she is at comedy, even if the style isn’t to your taste, you’ll be hard pressed to not still enjoy her performance and Ferrell keeps his successful stride going strong. It’s not without its faults but it provides a strong dose of positivity and has a big heart, it’s silly, fun and perfectly ridiculous.

Out on Netflix now!

One thought on “Review: Eurovision Song Contest: The Story of Fire Saga”