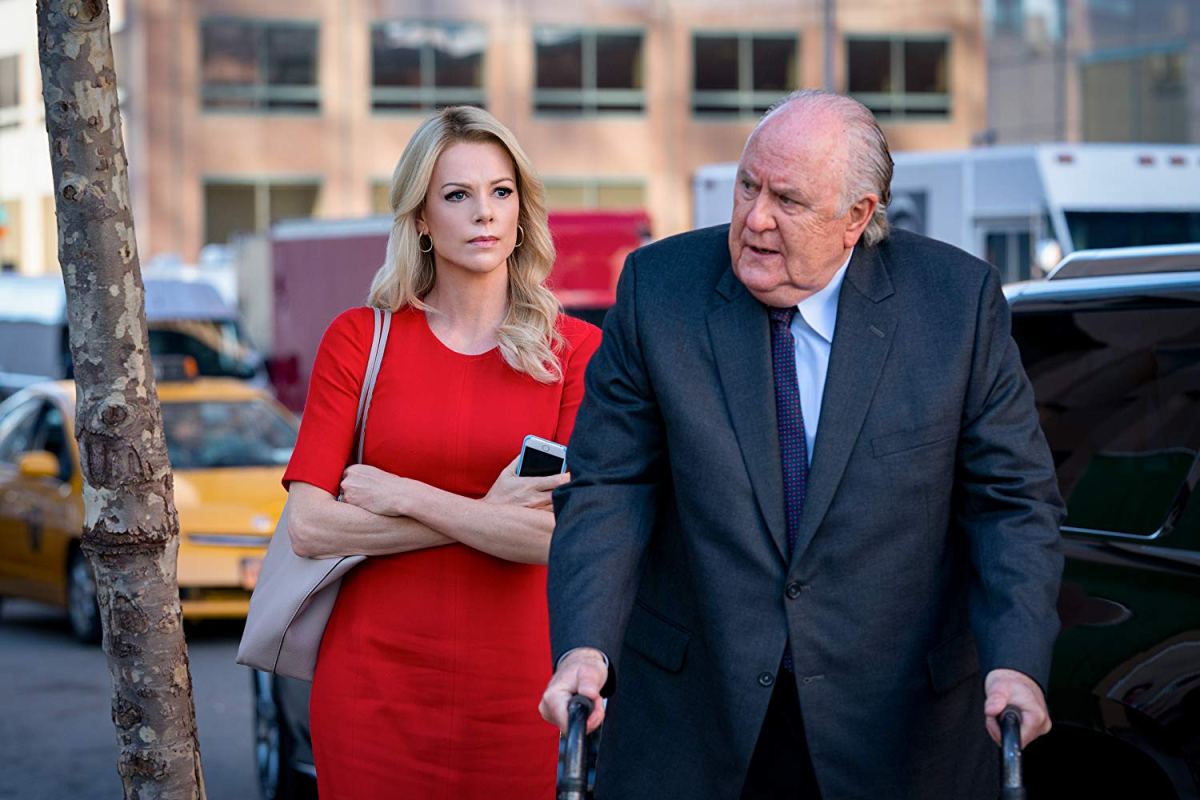 Bombshell takes a look at the weeks surrounding the revelation of decades of sexual harassment by Fox News CEO Roger Ailes against multitudes of female employees. It’s a surprising change of pace for Meet the Fockers and The Campaign director Jay Roach but with the current appetite for true life stories of pain, politics and misery, he certainly isn’t the first to make that transition. If the director’s comedic past did make you nervous about this project, your worries are sincerely eased by its cast that includes: Charlize Theron, Nicole Kidman, Margot Robbie, John Lithgow, Rob Delaney, Kate McKinnon, Mark Duplass and Allison Janney.

Releasing a film during awards season, that isn’t primed to win anything, tends to immediately knock them down a peg but it’s simply an unfortunate coincidence of creating a non-Oscar film, with Oscar-worthy actors. Bombshell is not a film that should really be aiming for shiny statues but that’s not to say it isn’t good, it’s a convincing and interesting portrayal of what can only be described as loathsome behaviour. The film has a very satisfying pace to it, particularly in scenes where Charlize Theron’s Megyn is basically giving audiences a personal tour of the seedy side of Fox News. Tackling a decades long history of harassment, they certainly could have included enough content to push its run time to well over the two hour mark, but decided to focus on a relatively short period of time to give a more succinct account and it works well, keeping that pace throughout.

Stating the obvious, the film has a fantastic cast: Robbie, Kidman and Theron are forces as always, who give their characters a hint of complexity with a heap of emotions. It’s particularly enjoyable to see Robbie and Kate McKinnon acting together, they have a wonderful chemistry which, even though that part of the story isn’t based on one real person in particular, is equally as convincing. Although you’ll certainly find some people who question Robbie’s character’s convictions with her sexuality, but anyone who isn’t particularly close-minded will realise that a person can be religious and republican while being attracted to the same sex, though admittedly this is likely extremely rare. Robbie takes a lot of the spotlight throughout, Lithgow and Theron give great performances but Robbie is the one who leaves it all out there, some of which is heart-breaking to watch, it feels like a more worthy performance of the Oscar nomination that the disappointing I, Tonya. Fair warning, you may have to bear with it if Theron’s attempt at Kelly’s baritone-esque accent throws you off, but you’ll forget about it after the initial scenes.

The style feels reminiscent of McKay’s The Big Short and Vice, handling a serious issue in a way that informs, entertains and conveys the necessary severity. However, whereas McKay chooses to speak to the audience by pandering and patronising, Roach manages instead to give a sense that the fourth wall breaks are handing viewers a secret view of the action which is much more enjoyable and doesn’t make the pace feel choppy. Surprisingly in a film that’s mostly about women, featuring women and supporting women, the supporting men are a highlight, both Rob Delaney and Mark Duplass do a lot with the time they’re given. The roles of producer and husband are ones that could easily be looked over, simple boilerplate characters and not necessarily vital to the story but using actors like Delaney and Duplass means that instead of place holders, you get characters that feel like real people and it genuinely adds to the film.

The strangest and most sincerely disappointing element of the film is the baffling attempts to give sympathy to Lithgow’s Roger Ailes, the actor does a fantastic job of making the man seem harsh, hot headed and an incredibly creepy predator and by all accounts that’s spot on, so it makes no sense when the director then has lingering moments of vulnerability between Ailes and his wife, (Connie Britton). It’s entirely contradictory to the film’s aim to include these isolated moments of sympathy with a character who you’re actively trying to show was a disgusting human being, so it’s hard to see what Roach’s intentions were with these scenes, with the exception that he and the studio were trying to hedge their bets with the potential blowback from media execs. It’s saddening yet unsurprising to believe that this film could have been shot and edited in a manner that softened the point it was trying to make, pushing for people to feel angered more by the actions and not the man who committed them or the network that actively did nothing to stop them. Ultimately those choices do add a bitter aftertaste to a film that is otherwise well put together.

As a whole, it’s an entertaining film that shines a light on how toxic workplaces such as Fox News have operated, and possibly still are, it gives a worthy voice to the story its trying to tell, even if it does take away from that with unnecessary scenes. Surprisingly it manages to balance showing the darkness of the sexual harassment and its consequent emotional damage with making an entertaining film, presenting it in a way that’s horrifying and heart-breaking without becoming too depressing or a bleak film. It’s directed in a way that nicely reflects that newsroom atmosphere and pace, as well as being chock full of fantastic talent that don’t disappoint but it is a shame that they chose to be cowardly in their representation of Ailes, giving heavy irony to the brave women the film portrays.