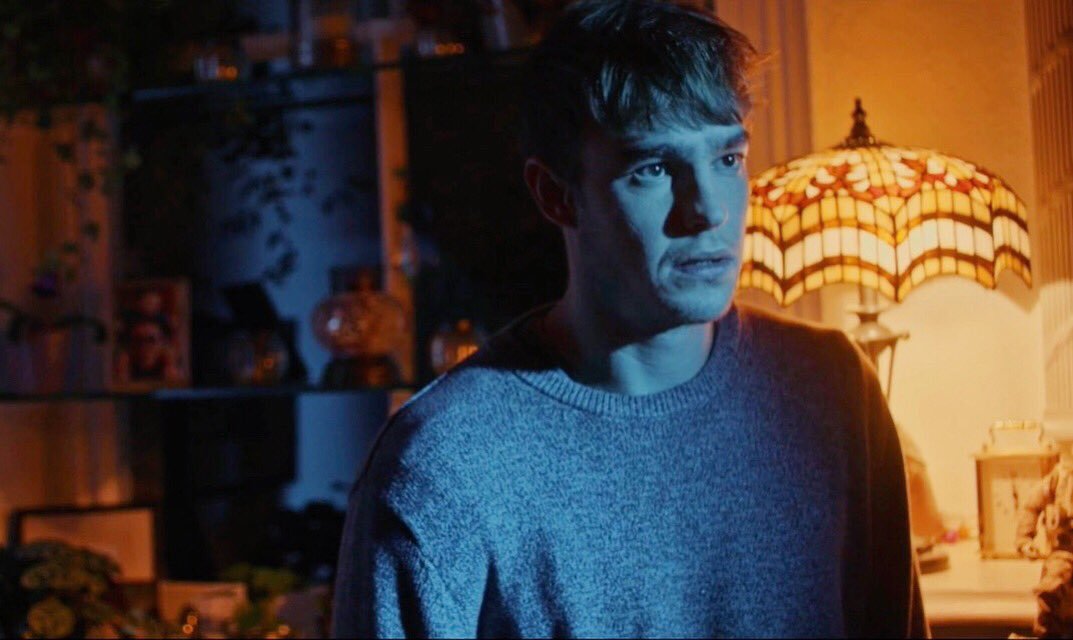 Written and directed by Lewis Coates, Re•displacement is a futuristic drama about memory and our understanding of the past. Though you’ve already seen it. Remember? With Nico Mirallegro, Nathalie Cox, Rosie Gray and Mariah Louca.

Within seconds of opening the film gives off a clean, sharp and modern visual that so perfectly befits its futuristic setting, it’s a simple yet extremely effective choice to demonstrate that the events are taking place a touch ahead of our time. Moving swiftly into the crux of the story, a form of therapy that involves retreating into your own memories and reliving them in a way that you can explore them without the rush of how quickly things happen in reality. The concept is definitely one that most people would be interested in, self-analysis on an epic scale to go through what we’ve done, how we could have acted differently and how we can better ourselves. It’s an idea that when you think about it, is actually surprisingly simple, given how well developed it comes across on screen, like therapy on acid.

The progression of the story is done very well, slowly revealing the facts and not giving anything away too quickly, without moving overly slowly for a more satisfying watch and better pacing throughout. Nico Mirallegro does a great job of capturing your attention, it’s an enchanting mix of whether you want to protect him, pity him or empathise with him. He has to go though a great deal of emotion within the film’s few minutes and does so in a thoroughly convincing way, that’s captivating to watch. We all have painful memories and a myriad of ways of dealing with them but it’s positive to see that the film errs on the side of rejecting those memories, deciding not to let them rule your life, a result a lot of people likely hope to get out of therapy.

Which leads into what is probably the most surprising thing about the film, it’s ending and not in the way you’re thinking, it’s because of the decision by Coates to not go down the route you’d be anticipating, choosing something less fanciful and more grounded. It would have been so easy to have the film end with a scene that would fall in the category of thriller, but instead of bowing down to the norm, it chooses a path more true to its story, side stepping the expected.

Re•displacement is shot superbly, it’s captivating and it follows its own path, giving the audience something different without ever really having to step too far out of the known.

One thought on “Review: Re•Displacement”