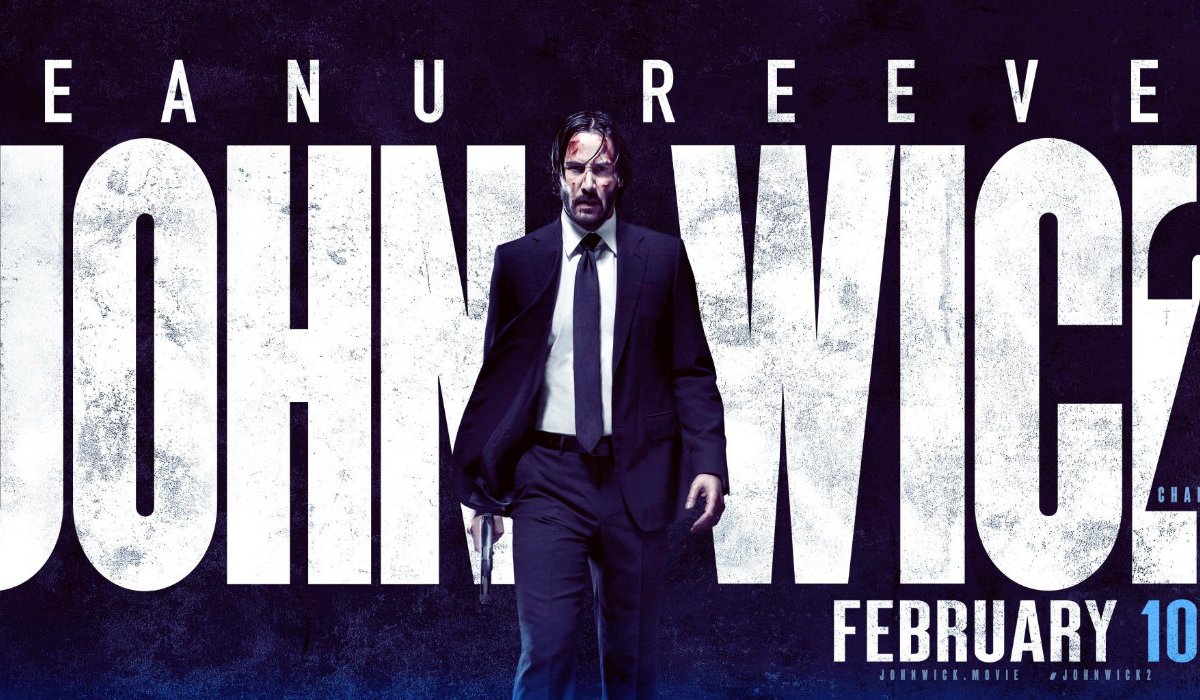 In the 3 years since John Wick was first released it has undoubtedly become a cult favourite with non-stop, relentless action given in a style much more natural and untampered than your usual Hollywood film. The question is, can they do it again? Picking up where the first film left off, John (Keanu Reeves) soon learns he can’t simply re-enter the criminal underworld and leave again, he is forced to complete a job to have even a fleeting chance of freedom. With the help or hindrance of a few new faces to the Wick universe, Ruby Rose, Common, Laurence Fishburne and Riccardo Scamarcio.

As you’d expect, Chapter 2 doesn’t begin quietly and John still has a score to settle unfortunately it’s with Peter Stormare as Abram, a brother of the first film’s adversary with the most basic and uncreative of choices. Stormare has played countless bad guys and this is no exception but that experience doesn’t make the performance feel like it’s a piece of cake to him, it feels boring and disappointingly unimaginative. Fortunately this is just the opening scene, to lead into the actual story otherwise the film would have suffered greatly. The bonus this time around is that the plot takes John to Rome, it gives the film plenty to work with and as he begins the assassination that he’s been tasked with, it gets right into exactly what you want to see and in an extremely well chosen and used environment. The sequence is well thought out and extremely enjoyable to watch, especially with the scene preceding it involving Peter Serafinowicz. The two most impressive factors of the film are unchanged from the original, the pace and dedication to the stunts and Reeves’ certain set of skills which are extremely impressive, if you haven’t already, check out his gun range video to see just how much dedication went into it.

In that respect, although it is a new story with new players because there’s so many similarities, it doesn’t quite have the energy which is fairly unavoidable, when it’s something brand new it can be much stronger than the second time around. The addition of Common and Ruby Rose were good choices and they perform well but the problem is, there’s no time to know anything about them, we learn slightly more about one than the other but it’s still pretty minimal, they’re pawns in the game. The choice to have Rose’s character, Ares to only use sign language whatever the assumption as to why, was interesting, it’s not something you see often and it does work well in the film. There are however a few elements of the film that feel fairly familiar, they may be used in a slightly different way but they’re not exactly new and there are one or two minor plot holes. Once the film does arrive at its finale, it could quite easily be considered unsatisfying unlike the first, a simple way to describe it would be a cop-out, a more risky and decisive choice could have been made to make an impact but as these things often go, the easy way out was taken.

Chapter 2 is consistently fast paced and mega violent without becoming too bloody or visceral, it has the adrenaline fuelled and ultra choreographed style that has made the first so popular and in that way it is a satisfying sequel. However, the story feels weaker and it steps its toe into classic sequel territory, trying to pander to its audience and give you what you expect but not necessarily something different. Regardless, it is entertaining and does almost live up to the first but does not surpass it, it’s worth watching but it feels the same way a lot of sequels do, they just can’t quite change the formula enough to give you something that’s both entertaining and unique twice.