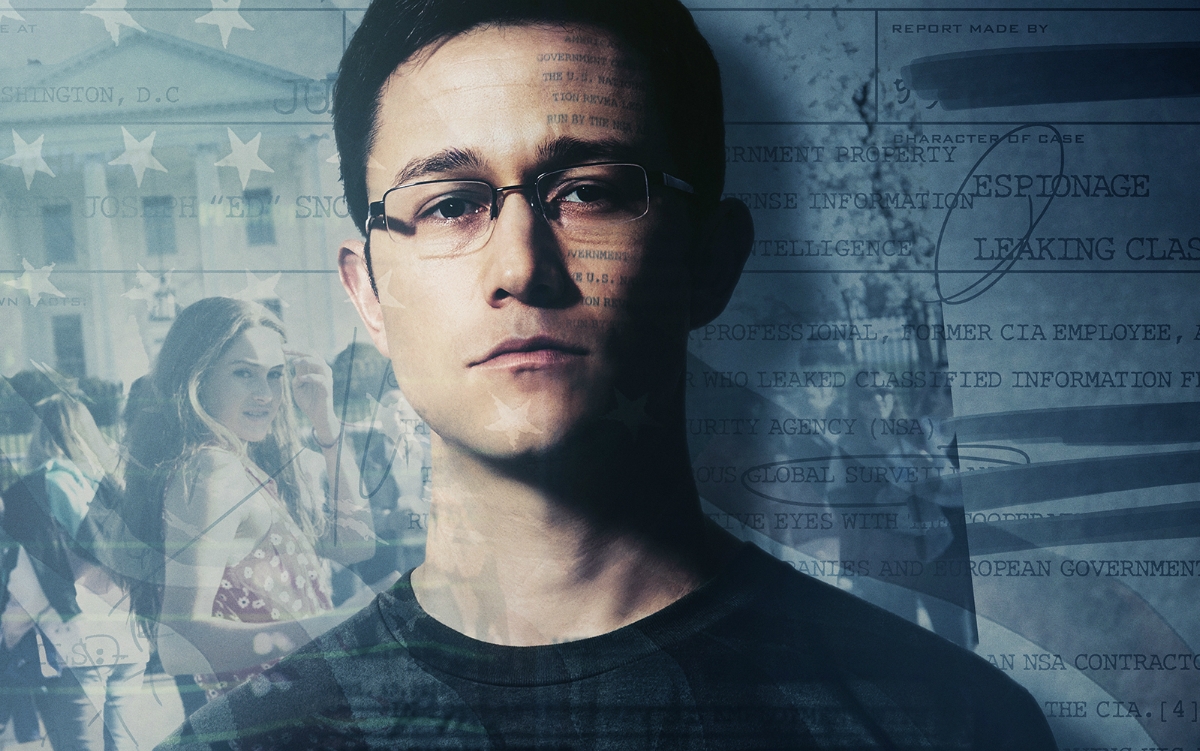 Based on the story of Edward Snowden, the man who leaked to the world the NSA’s illegal surveillance techniques, in the form of thousands of classified documents delivered via the press. Lead by Joseph Gordon-Levitt as the man himself, with Shailene Woodley as girlfriend Lindsay Mills, Melissa Leo as film-maker Laura Poitras, Zachary Quinto as journalist Glenn Greenwald and Rhys Ifans as a CIA recruiter. A film aimed at showing why Snowden did what he did, how he did it and the consequences.

Joseph Gordon-Levitt has tackled an interesting variation of roles as of late, Philippe Petit in The Walk, broken-hearted Ethan in The Night Before and now Edward Snowden, before he hits our screens as The Wizard in Todrick Hall’s Straight Outta Oz, it’s an eclectic mix. Levitt is clearly talented and watching him in this role you can see the work that has gone into trying to reflect Snowden’s voice and physical manner and he’s not entirely unsympathetic of a character but there’s just a quality to it that doesn’t quite click, the monotone and basic level of emotion stop Levitt from really being able to give a stronger performance. However it is quite impressive how the actors charisma and charm has been completely suppressed in this role; it’s difficult to define because it is a good performance but there’s just something not quite right, which in reality may be simply due to the nature of Edward Snowden as a person.

Regardless, seeing the story through the eyes of Snowden rather than the press does provide an interesting perspective, the build up of each morally dubious government behaviour that leads to his decision to do what he believes is right, although arguably it does also create a rather strong bias. It’s a relevant film and there’s a lot more to tell that most people probably were not aware of, although how much of it is fact or fiction is not entirely clear but similar to Levitt’s performance, it isn’t quite as effective as it really should be, it should speak to people about the worries of cyber security and feel like a warning but it simply doesn’t. Oliver Stone has stumbled slightly with his work as director in film the last few years, most recently with the not altogether terrible but not good, Savages in 2012 and Wall Street: Money Never Sleeps in 2010, the hard hitting and energetic nature of his films has slowly disappeared and it’s visible in Snowden. The use of past, present and future intertwined throughout the film does however add a sense of urgency and suspense but it can only do so much with a story that is mostly people sitting at computers and talking to each other.

Overall, despite the fact that the minimal use of Shaliene Woodley is disappointing and it isn’t quite as bold or powerful as it would have been great to see, it is still an interesting and extremely watchable film; whether that sounds intriguing or boring is a matter of perspective.

One thought on “Review: Snowden”