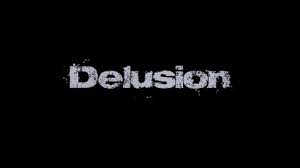 Written and directed by Christopher Di Nunzio: three years after the death of Frank’s wife a mysterious woman appears. As their attraction grows Frank struggles with reality and his loss. He tries to start over not knowing his choices could lead him to his own downfall. Starring: David Graziano, Jami Tennille, Irina Peligrad, Kris Salvi, Justin Thibault, Carlyne Fournier, Renee Lawrie and Jessy Rowe.

The best place to start with is the lead actor, David Graziano and his performance which to say the least is unconvincing, which creates the first major problem; that the film centres around his character. The emotion and reactions that he has tried to portray simply come across as disingenuous: which makes it very hard to take the progression of the story more seriously when the main character makes the viewing experience somewhat difficult. Fortunately for the rest of the cast this mostly isn’t a problem and particularly Jami Tennille who, though her character comes on very strong and fast in the story, does well to portray her as someone interesting and mysterious.

The film does however have a good concept, using a blend of what could be called PTSD due to grief, spiritual elements, hallucination, dreams and a hint of personal vulnerability; however it’s execution is different than you’d expect. There is slight trouble in the choices of focus for the story, with many moments that feel unnecessary or too obvious taking away from those that progress the plot and add to the atmosphere of the film. Atmosphere which also struggles between the line of being mysterious and lacking subtlety, with moments that feel as though the audience is being forced to think there’s mystery and suspense which would be better left for them to figure out. These aspects do improve as the film begins to enter it’s final quarter, if the darkness and intrigue of those latter moments could be imbued to its entirety it would have done much more to create a tone suited to its style. There could have also been a real added value by using a dark, ominous score to the film, possibly in place of the less subtle moments, the quietness that permeates the film, though at times appropriate, at others feels bare.

There are moments that feel almost reminiscent of Roman Polanski’s Ninth Gate, which had it embraced a similar ambience and created slightly more mystery and suspense, translated to fit the environment the film takes place in, the concept may have been better realised. It’s a shame the first hour doesn’t live up to the last twenty five minutes and the quality of the lead actor distracts from what’s trying to be achieved.

One thought on “Review: Delusion”