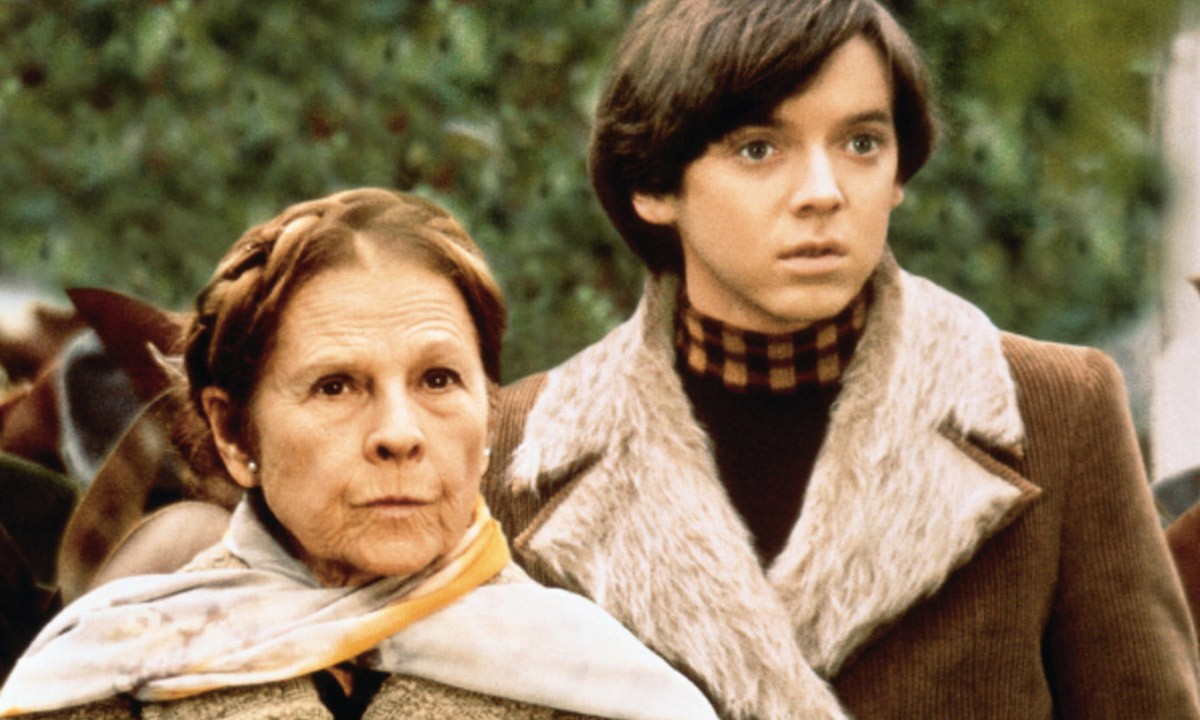 There may still be many unfamiliar with this 70s classic, but there are also plenty who rightly love its quirky and unique nature which is why it feels like the perfect film to be the first of the new section; reviewing favourites from my film collection. Directed by Hal Ashby and written by Colin Higgins, starring Bud Cort, Ruth Gordon, Vivian Pickles, Cyril Cusack, Charles Tyner and Ellen Greer. A young man obsessed with death and suicide meets a 79 year old eccentric and lively woman at a funeral with whom he develops an instant bond.

Ruth Gordon as Maude is simply one of the most brilliant performances, with her quick wit and devil-may-care attitude, she’s enchanting to watch. It’s an example of an older female character that isn’t overly present in film, embracing age and being adventurous and passionate, rather than a generic grumpy old woman. Bud Cort is equally as enjoyable to watch as Harold, with his faux-suicide hobby and flare for the dramatic, his behaviour is constantly amusing, it’s quietly disturbing and yet the way that it’s introduced makes it feel normal which is quite the achievement from the filmmakers. Putting these two actors together is a perfect combination, you can forget all differences, age or otherwise and it’s a pure joy to watch them interact on screen. The other fantastic thing about the film is that even the supporting characters are eccentric in their own ways, Harold’s meddling mother, obsessed with finding him a wife and fed up of his antics, played by Vivian Pickles. As well as his military uncle (Tyner), determined to convince him that a life in the service will make him into a real man, each of them all have a great vivacity to them, there’s not one dull character among the whole bunch.

There are so many positive things to say about the film that it’s hard to narrow them down as to not turn this into an essay rather than a review, but here goes: firstly there’s the fact that the script is down right hilarious, not just the dialogue but the physical comedy, both of which are perfectly timed. There’s also quality to the film that’s entirely carefree, in the wholly ironic situation of a man obsessed with death meeting a woman with such a joy for life and making him begin to see things from her perspective, which is charming and hopeful. One of the best things about the film is without doubt the score and music produced by Cat Stevens, particularly of course ‘If You Want to Sing Out, Sing Out’ , you would think that such a peaceful and happy score backing the faked suicides and dark humour of the film would clash, and yet they fit perfectly and give it that quintessential 70s feel. You’d also think that a story of romance between a 20 year old man and 79 year old woman wouldn’t be easy to immediately accept and yet the script and the chemistry between the two of them make it so at no point does the relationship feel far-fetched or out of place. On the other side of things, as well as having an entertaining sense of humour, the film also has plenty of emotion, managing to mix outlandish behaviour with being genuinely moving which is not an easy thing to achieve.

This is a film that’s different and unusual and at the same time it’s a mixture of comedy, coming of age and romance; it’s heartfelt and genuine in its portrayal love and friendship while being hilarious. It has an amazing energy that you can’t help but to enjoy and it’s one of those films you can just watch over and over again.