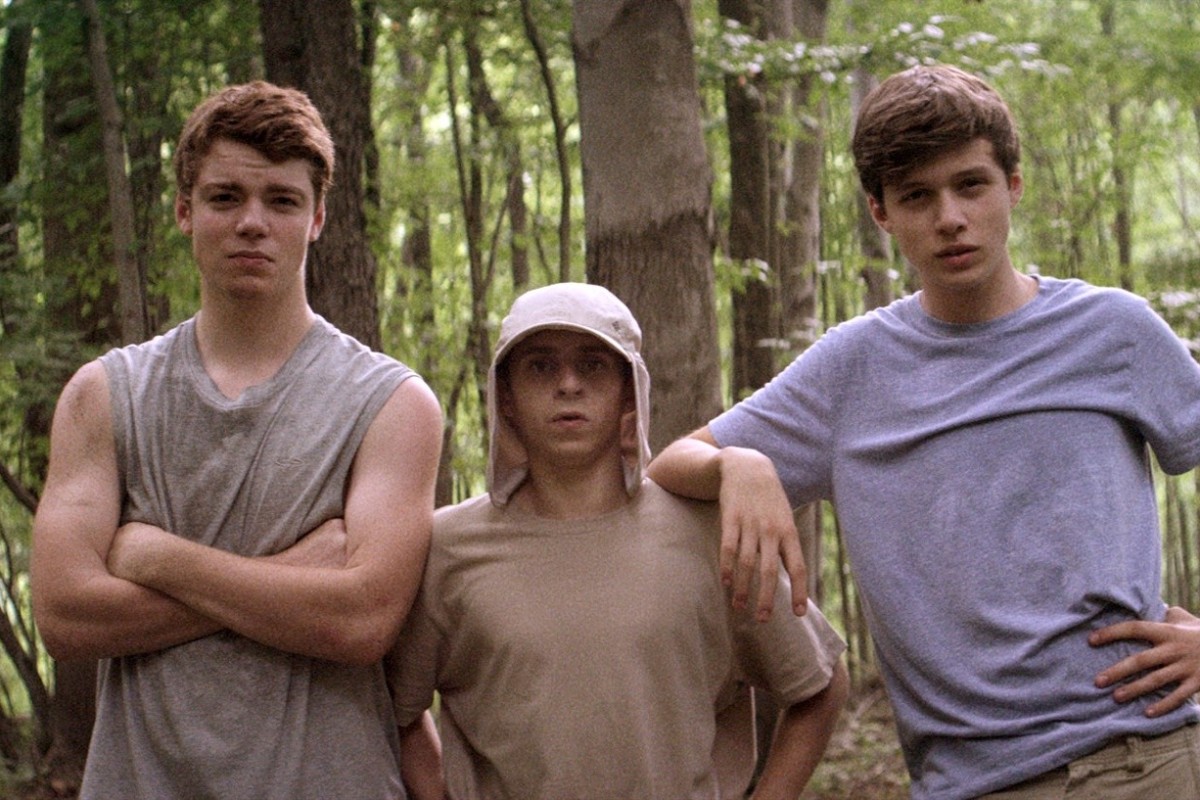 With a few sunny days under the belt in the UK this summer, what better time to discuss this coming of age story? Currently working on Kong: Skull Island, director Jordan Vogt-Roberts offers a much different film with Joe (Nick Robinson) tired of his home life and stumbling across a clearing in the woods, decides that he’ll spend the summer building a house and living off the land with his friends, Patrick (Gabriel Basso) and because they can’t seem to shake him, Biaggio (Moises Arias).

Nick Robinson strode into the limelight after his role in Jurassic World but in fact The Kings of Summer was his first feature film, surprisingly as although he is playing a rather clichéd angst filled teen he does make Joe someone relatable and mature at the same time as reflecting his young age. The same can be said for Gabriel Basso who most will recognise from his role as Martin in Super 8, he gives a good amount of emotion but sticks more to the general teen confusion and hormones that works perfectly for the role, despite not appearing to really require too much transformation. The star however is Moises Arias as the delightfully strange and unusual Biaggio, from start to finish there is nothing that isn’t unique about him and it’s a joy to watch. The really great thing about this film however, is that it has the perfect supporting cast: Nick Offerman, Megan Mullally, Marc Evan Jackson and Alison Brie who compliment the story in a fantastic way with not only humour but real emotion, adding the depth of their experience to a film based around such young actors.

The idea of a coming of age film about a few teenage boys on a journey to manhood is nothing new, it’s been done a million times before but the execution of the story avoids the cliché and adds something new to the genre. It is an adventure but it’s a realistic one without too much embellishment, the events are entirely plausible which actually makes it more enjoyable to watch. The surprise element is visually the film is quite stunning, the shots of woods and water and various aspects of the nature around the boy’s hideout are almost beautiful and add to the sense of freedom and wild spirit that the film has. It does stick to the behaviour of average teenage boys but without veering too much into the arena of stupidity, rather it comes across as playful. The characters are written well, they each have their own issues to add to the story but are done simply enough to require only a simple back and forth rather than a prolonged explanation into why these boys are exasperated with their lives. There are also a few unexpected surprises along the way that help the story avoid from being the same old thing you’ve seen before.

This is a great coming of age story, with fun and laughs but genuine emotion, there are the occasional slow moments as the film progresses but overall it’s an underestimated indie gem. How it has prepared its director to go on to tackle not only such a gigantic blockbuster as Kong: Skull Island but also rumoured to be taking on the adaption of Metal Gear Solid, remains to be seen but we’ll have to wait till next year to find out!

One thought on “Review: The Kings of Summer”