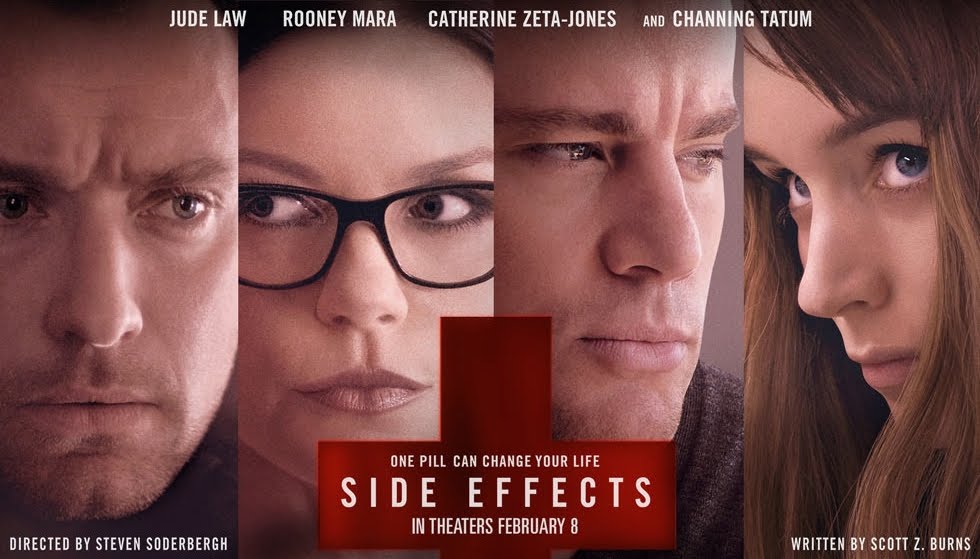 Emily Taylor (Rooney Mara) has waited four years for her husband (Channing Tatum) to be released from prison, but when he’s finally released she struggles to cope and after visiting a psychiatrist (Jude Law) is prescribed a brand new medication on the market, but it leads to a lot more than expected. Directed by Steven Soderbergh and also starring: Catherine Zeta-Jones, Ann Dowd, Vinessa Shaw and Polly Draper. The hugely well fitting thing about this cast is that they have the necessary skills to portray completely different types of people, meaning they can convincingly show the progression to their characters, whether it be positive, negative or even to a desperate extent. Law and Mara do extremely well to show how their characters adapt as the situations worsens, especially Mara ranging from moments of very little emotion to extremely raw emotion seamlessly. The other advantage to the film is that with the plot involving several different characters, it doesn’t feel like it’s following one single person, it’s very much an ensemble film allowing each of them to take part and not overbearing the story. Tatum also does well within a much more serious film, of course he had worked with Soderbergh previously on Magic Mike but this set up well his transition to more serious roles with Foxcatcher.

The captivating element to the film is not simply the plot but the atmosphere that it creates, there’s an entire feeling to it that is sinister, each aspect from the score to the lighting to the choice of shot, has that feeling to it and keeps you wary that things may not be as they seem. With the huge reliance that we put on pharmaceuticals in today’s world, basing a story on things that could go wrong as a result of side effects of medication is a fascinating premise, at the same time as being slightly terrifying; it does come across as a fairly strong anti-pharma company vibe but this doesn’t feel like an overriding agenda and has no real affect on the film overall. The story has plenty of twists and turns to keep you wanting to know more and it follows such a dark tone while remaining a hugely dialogue based film, which is based a lot on the capabilities of the actors to portray that darkness. With the script having been written by Scott Z. Burns (Bourne Ultimatum, The Informant!, Contagion) it unsurprisingly retains that element of being sly and clever that he’s shown previously he can do, while incorporating that sinister feeling.

This film went fairly under the radar on its release, worldwide it made $63 million and following that with DVD releases it has still gone fairly unspoken of, which is a shame because it’s a decent watch with a good story. Side Effects is an interesting film with some great actors and it has a lot more to offer than its (lack of) reputation would suggest, it is well worth checking out.