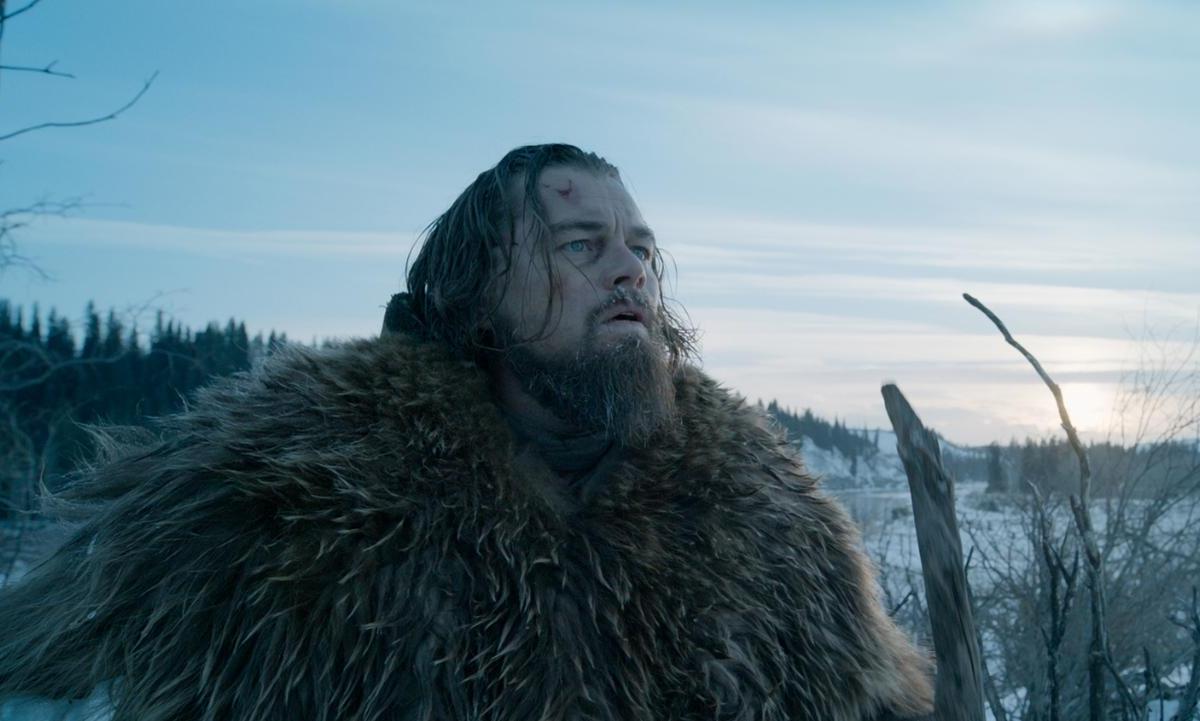 This could not physically be more of a departure from Alejandro G. Iñárritu’s last film, Birdman but it is no disadvantage, the story of a man on a hunting expedition (Leonardo DiCaprio) who gets severely mauled by a bear and left for dead by the same man that killed his son (Tom Hardy). You would think at that point it would be time to give up but no, he gets himself out of the grave and pushes himself forward to avenge his son’s death, despite all odds, refusing to just lay down and die.I have to start with the obvious, the talk that this could be the film that finally bags DiCaprio the Oscar he’s been waiting for, he has sat and watched as his fellow actors collected their golden statues while sitting in the wings and watching; well here’s my opinion, yes this is that film and he wholly deserves it. The film revolves completely around DiCaprio’s performance as Glass, and it is phenomenal, rarely is there an actor who is pushed so far, and asked so much of. Then again that basically goes for the whole cast, for those who haven’t already heard the tales of the nightmare shoot for this film, it was supposedly an unenviable trial, the cold and wet and long hours into the night, which will make even more sense when you see it. They made the sacrifice for good reason and gave great performances every one of them, from DiCaprio to Hardy to Gleeson to Poulter and many others, though the suffering in their eyes may actually be real. There’s no weak link in this film but there’s also no doubt that it’s all about Leo.

The second thing you have to talk about is the cinematography of it, it is absolutely stunning and the opening scene lasting for almost 15 minutes is practically seamless, it is undoubtedly violent but nonetheless moves so well and smoothly, it’s extremely impressive. The sharp contrast between Iñárritu’s Birdman and The Revenant makes it unbelievable that one man could direct two films so starkly different from each other and yet both brilliant in their own ways. The long shots and beautiful landscapes make the film breathtaking, almost as if they make the long silences, less silent. The subject is actually, when thought about simply, rather grim, gritty and bloody, yet it doesn’t feel that way, it feels almost graceful.

As a whole, the film is staggering and formidable, what Iñárritu has managed to do is incredible and though it does feel like a film you would perhaps only need to see once, it is no less memorable. This is a performance of a life time for DiCaprio and quite the step up for a lot of the cast, it may have been hard work but it was worth it.

One thought on “Review: The Revenant”