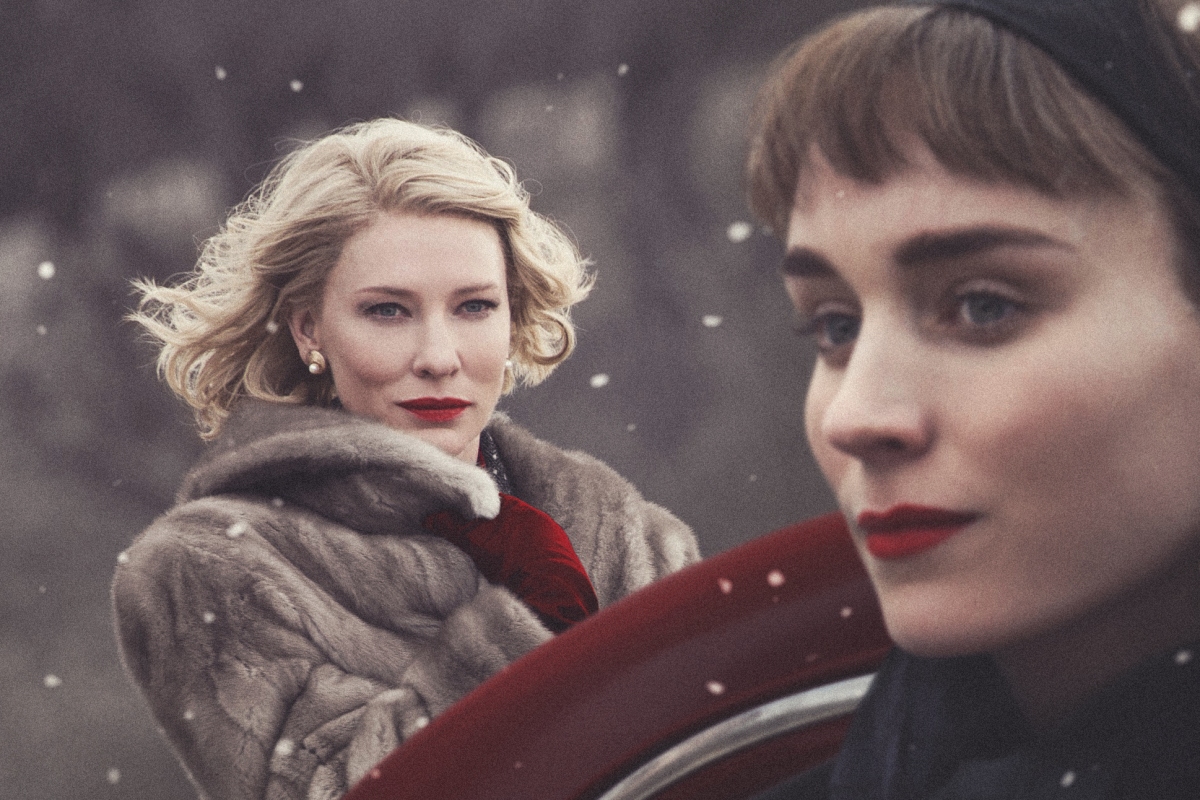 It’s not often that a film of this type, a small independent character based story, gets as much buzz as this one has but then again we are talking about Academy Award winner Cate Blanchett. Based on the book by Patricia Highsmith with the original title ‘The Price of Salt’, it tells the story of Therese Belivet played by Rooney Mara, a department store clerk who has a chance meeting with smooth charmer and extremely well dressed Carol Aird (Cate Blanchett), an almost divorcee, a meeting which strikes up a friendship and an undeniable spark between the two of them. The only problem being how can they act on them in their situation, which is almost completely against it.

You’d be forgiven (just about) for believing on first inspection that this was a film specifically about LGBT issues in a time of precious little exception, as a technicality yes it is about two women who begin a relationship, nevertheless it’s a simple strong story about two people falling in love at the wrong time in their lives. The performances by these two women are fantastic, Blanchett keeps up her streak of breathtaking appearances and Mara may not be as experienced but it is no less of a performance. Carol and Therese are such interesting characters whose emotions are the entire backbone of the film, and it draws you into their lives and complications. It’s a shame the same can’t be said of the men, of course the main one is on Carol’s soon to be ex-husband, Harge (Kyle Chandler) who ultimately feels non-committal and lackluster. Though a small appearance by Gotham’s own Riddler Cory Michael Smith is much more fitting, his style and appearance are perfectly suited to the era, it’s a surprise he hasn’t been in other similar films. Though the same can be said of Sarah Paulson and Jake Lacy, fitting extremely well as pieces of the puzzle.

The other star of this film is the style, reminiscent of Todd Haynes days on Mildred Pierce but even better. An endless amount of beautiful shots capturing the essence of the 1950’s, sights, fashion, cars, the manner of speech, everything you could want. The style adds perfectly to the arc of the story and gives you that feeling of a much more structured and far less liberal world than we’re used to. These characters are complicated and yet utterly relate-able, trying to get what you want out of life while it fights back, there’s not always much help in trying to understand what you want or how to get it but that’s just how it goes and that’s exactly what we witness with these women. This is a great film, with great acting and for the most part I can’t fault it, but it didn’t quite hit the expectation that I had, but it’s still one that you should see.

One thought on “Review: Carol”