February in the UK gave us the chance to watch some Oscar nominated (and winning) films, action, true stories, heart-warming tales and a few living toys. March will give us monsters, remakes, an ageing superhero, foreign film and some fantastic female leads, not all of which have made it onto this month’s list; here are the 8 most vital viewings for March. 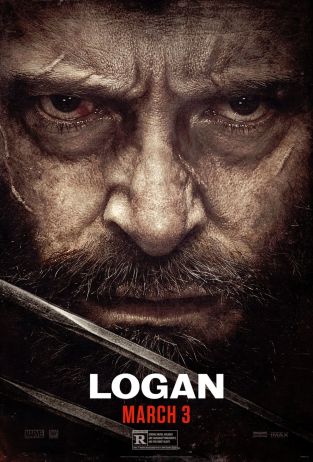 Synopsis: Set several years later than we’ve last seen the X-Men, an older, weary Logan cares for an ailing Professor X while hiding out on the Mexican border, which becomes impossible once a young mutant in need of help arrives, pursued by darker forces who want her captured.

Why You Should See It: For those who have been fans of Hugh Jackman’s Wolverine over the past 17 years, this is his final show down, or perhaps more of a slow down. With a darker tone and less elaborate plot, it’s definitely worth checking out and in comparison with the state of the other solo Wolverine films, this one hits it out of the park. 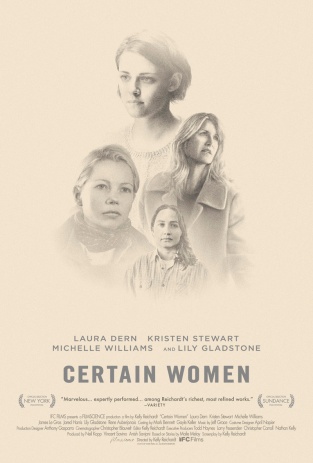 Synopsis: Following the lives of three women who strive to forge their own paths in the American Northwest, a lawyer, a wife and mother and a law student.

Why You Should See It: With such a mix of strong, talented actresses and combining with a perhaps not overly well known but a director with much potential yet to be seen, this should prove to be one of the most interesting films to hit cinemas this month. And it has to be said, a female director which we have too little of and should firmly support. 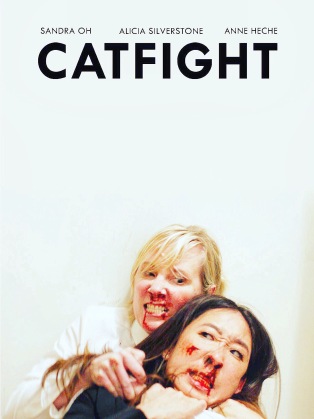 Synopsis: A rivalry between two former college friends spirals out of control when they both attend the same glamorous event, long-buried hostilities, jealousy, and anger explode into a vicious, bloody fight that leaves both of them battered and bruised.

Why You Should See It: Generally when we see two women fight in film, it’s hair pulling, name calling and entirely superficial, unless it’s a spy/superhero film but not this time. This film looks, to put it bluntly crazy but that should mean you’re in for a good time and it’s certainly not a type of story you often see lead by female characters, basically the antithesis to Fist Fight, also out this month but certainly never was considered for this list.

Synopsis: A successful businesswoman gets caught up in a game of cat and mouse as she tracks down the unknown man who raped her.

Why You Should See It: Isabelle Huppert is a classic actress, everything about her repels the modern world of acting and this by all accounts should be one of the biggest performances of her career, it may not have won her the Oscar but it did garner her a Golden Globe. Potentially a powerful yet darkly humorous must-see.

Synopsis: A team of explorers and soldiers journey to an unchartered island in the Pacific, unaware they’re about to walk into the world of a monsters like they’ve never seen, dominated by their mythical King…Kong.

Why You Should See It: Something that will be said twice here, but Brie Larson. Larson is such a wonderful actress, she enters that brilliant category of “Any film is worth watching with this person in it”. But it’s also coming to you from the director of The Kings of Summer, a terrific coming of age story (reviewed here) and practically following in the path of Colin Trevorrow, releasing a great indie picture before being plucked from obscurity to direct a huge blockbuster, who’s now set to direct Star Wars Episode IX so here’s Vogt-Roberts chance for a similar career trajectory.

Synopsis: After the death of her twin brother, a young American in Paris is looking to communicate with the spirits in this ghostly story.

Why You Should See It: Kristen Stewart has cracked the mould she was placed in after her certain franchise and slowly it’s being broken entirely and this is one of the films to do that, so audiences can finally see her as a wonderful, fascinating actress rather than simply the films that put her in the limelight. It’s also a reunion of director and actress after their work on the rather impressive Clouds of Sils Maria. 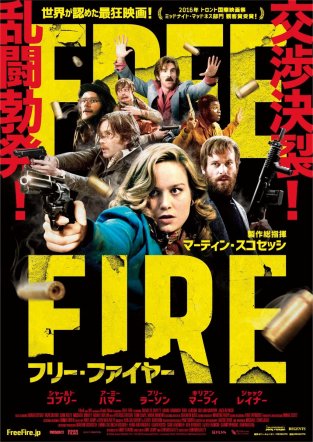 Synopsis: Boston 1978, an arms deal in a deserted warehouse but when things go off plan they fall into pandemonium, a shower of bullets and a game of survival.

Why You Should See It: Again, Brie Larson. Wheatley is a fairly overrated director, his work often begins with promise and potential before leading a drawn out and unsatisfying path, but with the particular film’s simpler less convoluted story and well rounded cast should change that.

Synopsis: The story of a couple whose relationship turns sour while starring in a production of Arthur Miller’s Death of a Salesman, when the wife is assaulted. Her husband attempts to determine the identity of the attacker, while she struggles to cope with post-trauma stress.

Why You Should See It: Winner of Best Foreign Language Film at the Oscars this year, with Farhadi having also directed 2012 winner A Separation. This should be a strong, intimate story well worth watching.

03/03 – Fist Fight, Headshot, Trespass Against Us, The Student, Viceroy’s House

24/03 – All this Panic, Aquarius, CHIPS, Life, Power Rangers, The Age of Shadows, The Eyes of My Mother, The Lost City of Z

31/03 – Graduation, Don’t Knock Twice, Ghost in the Shell, Man Down, Smurfs: The Lost Village, The Void