Now that I’ve posted my top and bottom 10 films of the year, it’s time to talk about some that you may have missed in the cinema but should have caught; it’s not always easy to tell whether a film may be worth your time so here’s some that are worth keeping an eye out for.

10. The Legend of Tarzan

It may have been easy to dismiss this one and it received some not particularly praising reviews but despite some problems, it has a lot more to offer than you’d think. The worth is not in the visuals or the action, surprisingly it’s in the story, to have respect for each other as well as the animals, with messages of anti-slavery and ivory trade. It will never be a hit but Alexander Skarsgård was a great choice, his chemistry with Margot Robbie is extremely strong and despite being underused, it’s always a joy to see Christoph Waltz donning the cap of villain in film. This is one that should be given a chance.

It may seem a ridiculous idea to make a film about a woman hired to nanny a life-like doll, only to find that when she doesn’t follow the list of rules she’s been given, disturbing consequences lead her to believe it’s alive, but that’s what makes it a fun film. It has a few good scares, a simple yet effective story as well as a good performance from The Walking Dead’s Lauren Cohan, which all make it rather enjoyable to watch. It certainly isn’t a horror to break any records but it provides exactly what a horror needs, a sympathetic character, an eerie plot and a satisfying conclusion. 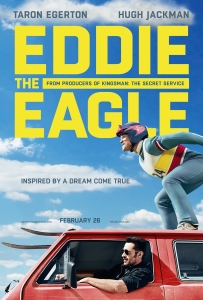 This one has a rather simple reason for being on the list, it’s bursting with positivity, hope and sheer determination against all odds and realistically that’s something everyone could do with now and again. It’s also got a fantastic sense of humour, a great performance from Taron Egerton as the man himself and despite most likely being mostly fiction rather than fact, it’s just genuinely a joy to watch. 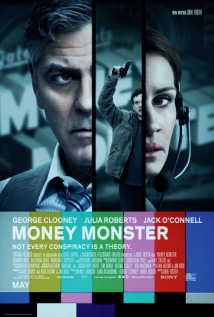 This one is another than might be underestimated but there’s a great team putting the film together, not only in front of the camera with Jack O’Connell, George Clooney and Julia Roberts but it’s well scored, edited and directed. It has a great amount of suspense and a story that is actually interesting, having you routing more for what technically is the bad guy than the arrogant good guy. It’s nothing entirely new or different but it is however extremely entertaining.

Now if you read my review of this film, you’ll find that I overall found this film to be somewhat disturbing, there’s just a strange quality that despite being entirely puppets and not real people, is more human than a lot of films. However it was made by Charlie Kaufman so any form of strangeness or odd aspects is to be expected, things go a little crazy, awkward or depressing at points but it is fascinating to watch. It may not be your cup of tea, you may have even purposely avoided it but it’s worth watching once, even if just for the experience. 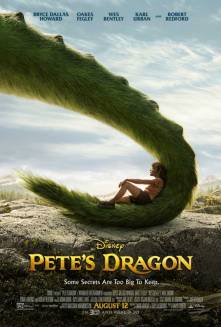 I’ve said it before and I’ll say it again, this has been the only Disney reboot to date that is worth every penny, it takes the story and makes it something completely wonderful, that respects its roots while making a new film. It’s just plain lovely, from the amazing new version of Elliot to Bryce Dallas Howard’s charming park ranger and the ever resourceful and perfectly captured Pete played by Oakes Fegley. It has a massive heart and will make you shed a few tears, it’s the best family film to be released all year, that most people didn’t notice and is the best reboot I’ve ever seen.

A slightly more unusual family story, Ben (Viggo Mortensen) raising his children in the wilderness with skills and aptitudes that most children probably wouldn’t have any idea existed. It’s funny, poignant and meaningful, that even when we’re trying to do the right thing, there might still be a better way. It shows us how far away most people have gone from basic survival, needing so many things that are entirely unnecessary but a cemented part of life in today’s society. It’s a family film but in a much difference sense than the previous film. 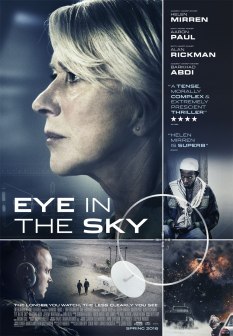 This film managed to go fairly quietly in its time at the box office, I myself did not have particularly high hopes for it, I was wrong. It’s a great film, well written and fast paced moving through several different locations that are all connected by one single event. With fantastic performances from Helen Mirren and the late Alan Rickman, it’s an interesting view into the use of drones in regards to the government and military. It’s genuinely captivating and well worth a watch.

2. The Girl with all the Gifts

Zombie films have now been almost done to death but this is something of a totally different breed, focusing on one young girl, a hybrid of zombie and human played by the impressive Sennia Nanua. It has drama, sci-fi, horror, thriller in a surprisingly good dystopian future despite it becoming an overused setting. It has a very different explanation of how these zombies have come about which allows it to have hope and doom, violence and kindness, death and life, all at the same time which is quite an achievement. This is not your average zombie film and if you’re questioning the quality, remind yourself that it convinced Glenn Close to be in it.

And of course, the top film you should have seen this year, if you missed it, is the weirdest of them all; a suicidal, lost man is rescued by a flatulent and yet very useful corpse. It sounded strange from the word go, it looked strange from the first trailer and it certainly is but it’s also brilliant, it’s massively creative and has a big heart even if a slightly immature mind. It sounds as though it shouldn’t be meaningful and yet it is, at points it’s moving and is possibly the only film that will make you sympathise with a reanimated dead body. It’s insanity and it’s wonderful.

Special mention does however go to The Shallows for making shark films entertaining again and being surprisingly good!