The quality of film in May came from the more understated, smaller features that plucked on your heart strings, hit your funny bone or made you wince but June will certainly be taken over by the more commercial films, but it can still manage to entertain.

This one hasn’t had a tonne of traction, but it is undeniable that the story of Jesse Owens is one worth telling, in his quest to become the greatest track and field athlete in history he is thrust into the limelight, taking part in the 1936 Berlin Olympics in the midst of Adolf Hitler’s Aryan supremacy. Starring Stephan James, Jason Sudeikis, Eli Goree, Shanice Banton, Carice van Houten, Jeremy Irons and William Hurt.

Written by Melissa McCarthy and husband/director Ben Falcone, a comedy about Michelle Darnell, former millionaire who is sent to prison for insider trading and upon release is ready to rebrand into the new America’s Sweetheart, although a lot of people are quite difficult to convince. Kristen Bell takes pride of place next to McCarthy as her former assistant, and also starring: Kathy Bates, Peter Dinklage, Tyler Labine, Kristen Schaal and Timothy Simmons. 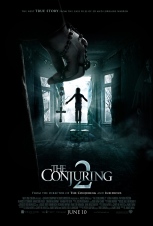 Horror sequels are rarely adequate follow ups to the original success, but with the original director James Wan returning as well as principal actors Vera Farmiga and Patrick Wilson, this one is on course to be that rare second success. This time taking on the much told story of the Enfield Hauntings and some new actors including: Franka Potente, David Thewlis, Maria Doyle Kennedy and Frances O’Connor. 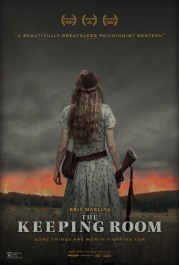 Towards the end of the American Civil War, three Southern women (Brit Marling, Hailee Steinfeld and Muna Otaru) must protect themselves from two union army soldiers (Sam Worthington, Kyle Soller). Directed by Harry Brown’s Daniel Barber, in only his second feature and written by relative newcomer Julia Hart. This one is far from a definite hit but with the much disappointing Jane Got a Gun, this could be a much more woman powered western with less bark and more bite.

There is one thing that most people on the planet have and that’s a love of animals, and it’s also the primary pull for this film, as a peek into the thoughts of our beloved pets. Brought to us by Illumination Entertainment, the people behind Despicable Me, if the whole film follows the trend of the trailer, it should be a highly entertaining and funny trip to the cinema for all ages. Voiced by Jenny Slate, Ellie Kemper, Kevin Hart, Lake Bell, Albert Brooks, Louis C.K., Eric Stonestreet, Steve Coogan and Hannibal Buress.

Perhaps the most unlikely meeting of minds to have actually taken place in real life, the true story of the day Elvis Presley (Michael Shannon) walked straight into the White House to meet with Richard Nixon (Kevin Spacey). First of all it is brilliant to have the collaboration of two phenomenal actors, and to be playing these people appears to have been such strangely fitting choices, and also starring: Alex Pettyfer, Johnny Knoxville, Colin Hanks, Evan Peters, Sky Ferreira, Tate Donovan and Ashley Benson.