As we enjoy come to the end of the bank holiday weekend, it’s time to take a look at what’s coming our way this month, starting with a release that was originally scheduled for a few months ago but is finally hitting our screens.

Tom Hiddleston known for his classic British look and speech was an unusual choice for a biopic on the legendary country and western singer Hank Williams, who despite his sadly short life left behind quite the story. Whether this one can follow in the footsteps of films like Walk the Line is uncertain but stories of music, fame, drugs, alcohol, romance, anger and jealousy can make for good watching. Also starring: Elizabeth Olsen, Bradley Whitford, Cherry Jones, Maddie Hasson and David Krumholtz. 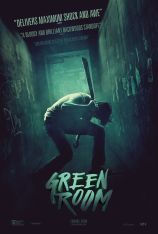 After witnessing a murder, a young punk band is forced to fight for survival against a group of maniacal white supremacists, leading to a violent night ahead. Starring Anton Yelchin, Alia Shawkat, Imogen Poots, Mark Webber, Callum Turner, Joe Cole and Patrick Stewart. After director Jeremy Saulnier released Blue Ruin to critical praise, this is the film that decides whether he can live up to that success.

When five orphan sisters are seen innocently playing with boys on the beach, their conservative guardians scandalize their behaviour and confine the girls until arranged marriages can be made. One of the nominees for this years Best Foreign Language Film at the Oscars, this is one that may not reach a very large audience but has found it’s success in the critical response. 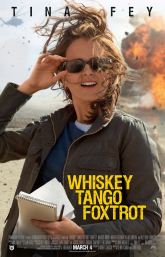 Another film that was originally slated for earlier in the year but got pushed back, much to my own personal disappointment so fingers will be crossed that this date is definite. Starring Tina Fey as a Journalist sent to cover the war in Afghanistan, meeting some interesting people along the way but it’s far from the comfy world she knew in America, based on the true story and book by Kim Barker (The Taliban Shuffle). Also starring: Margot Robbie, Martin Freeman, Billy Bob Thornton, Alfred Molina and Christopher Abbott. And here’s my verdict: https://filmcarnage.wordpress.com/2016/05/27/review-whiskey-tango-foxtrot/

Following up from Bryan Singer’s return to the franchise with Days of Future Past, effectively renewing the series, he’s back again this time with the villain to end all in the form of Apocalypse (Oscar Isaac). Known as the first ever mutant Apocalypse gears up to defeat the world in his plan for extinction with the help of his four horsemen (Michael Fassbender, Olivia Munn, Alexandra Shipp and Ben Hardy or at least that’s what the trailers lead us to believe), as well of course as all our regulars returning for another fight.

A tribute to the music of the 1980s through the life of a teen in Dublin in 1985 who decides to form a rock band in the hopes of winning over a girl. This one is featured in my list for May as it seems like the feel good film for the month, some classic music mixing with a heartfelt story to give us an entertaining watch. Reviewed here: https://filmcarnage.wordpress.com/2016/05/11/review-sing-street/ 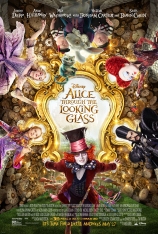 It’s been a few years since Alice (Mia Wasikowska) hit our screens in the first live action remake of a classic Disney animation and beloved book, and now she’s back heading into Wonderland to save the Mad Hatter (Johnny Depp) but will have to battle Time (Sacha Baron Cohen). The first film was a success being an enjoyable film but it’s less than a certainty they can do it all again, the choice of Cohen might divide audiences but the return of all our original actors may just help the film succeed a second time around.

Check out the review here: https://filmcarnage.wordpress.com/2016/06/02/review-alice-through-the-looking-glass/ 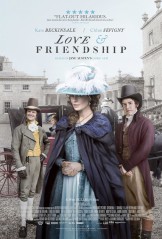 Based on the Jane Austen novel Lady Susan, the film tells her story of her devious tactics to win a suitor while tales of her private life run rabid through society. Starring Kate Beckinsale, Chloë Sevigny, Xavier Samuel, Emma Greenwell, James Fleet, Stephen Fry and Jemma Redgrave. A combination of period drama and comedic romance, this could breathe new life into what can be a predictable genre.

After losing money on a bad stock tip, a disgruntled investor (Jack O’Connell) takes matters into his own hands by taking a wall street guru (George Clooney) and his producer (Julia Roberts) hostage live on television. An American thriller, directed by Jodie Foster and surprisingly lead by the up and coming British actor O’Connell, however it’s likely that the film will hinge on the writing and creating that tension that’s necessary for any thriller.